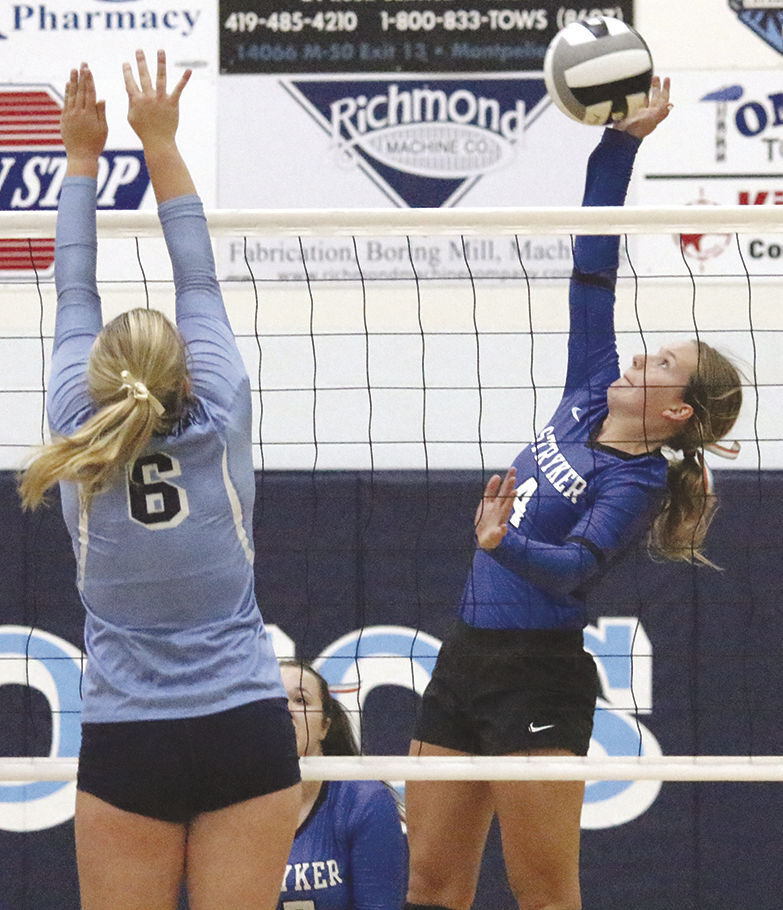 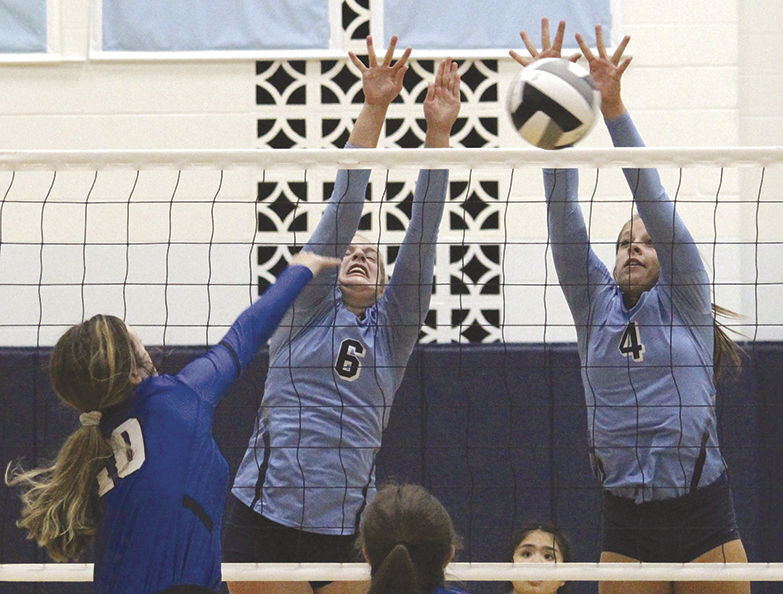 Stryker’s Sage Woolace hits the ball during the Panthers’ volleyball match against Montpelier on Thursday at Montpelier High School.

Stryker’s Sage Woolace hits the ball during the Panthers’ volleyball match against Montpelier on Thursday at Montpelier High School.

MONTPELIER — Stryker’s serving set the tone from the start on Thursday.

The Panthers fired seven aces in their opening 16 points and had more than a dozen overall as they knocked off Montpelier 25-13, 19-25, 25-13, 25-21 in a Buckeye Border Conference volleyball match at Montpelier High School.

“Serve receive was definitely not our strong suit tonight,” Montpelier coach Khrysta Coleman said. “We’ve been doing well serve receiving over the last week, so that was a little bit hard to watch.”

Stryker started the third set strong as well. Kinsey and Kaitlyn Myers both added two aces early in the set as the Panthers took a 14-3 lead.

In the fourth set, Chelsea McCord sparked a 7-0 Montpelier run as she had a kill and back-to-back aces to help the Locomotives take a 16-12 lead.

Blevins and Breier both had six kills on a combined 23 of 26 spiking to lead the Panthers.

“I always tell them I’m not looking for hard hits; I’m looking for smart hits,” Moore said. “My hitters play a smart game and they know where to put it.”

“They always make a goal that nothing drops on this side of the floor, and I think they own up to that goal every game,” Moore said. “I have a lot of hard workers that hustle after that ball every time.”

Montpelier junior Ariel Page sparked the Locos’ win in the second set. She had six kills and two blocks in helping Montpelier build a 12-7 lead, and she added back-to-back aces late in the set to help the Locomotives even the match.

“We always talk about being aggressive and staying aggressive, and that’s exactly what she was doing,” Coleman said of Page. “Having her on like that is huge for us.”