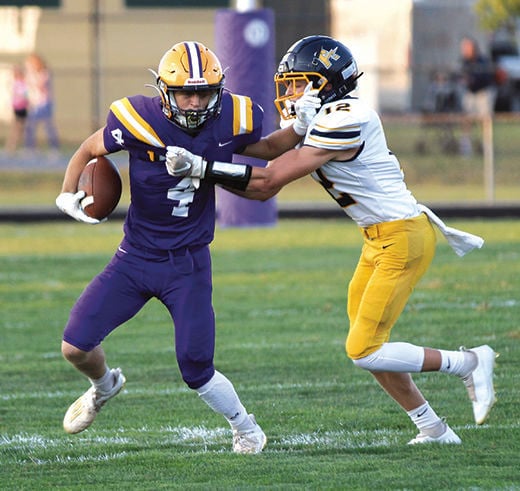 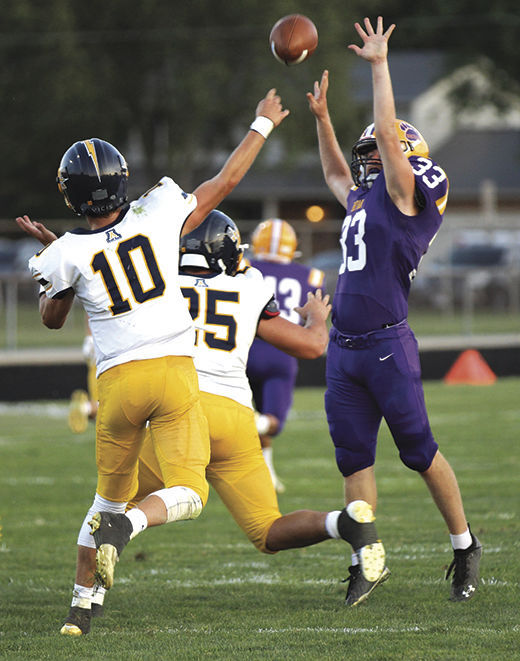 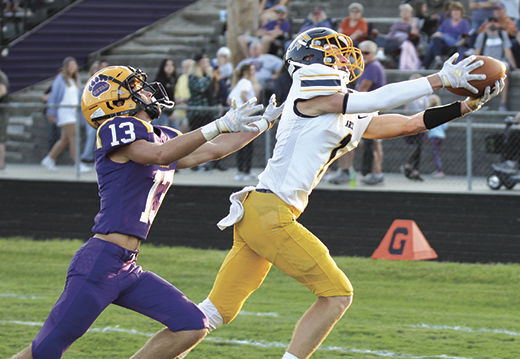 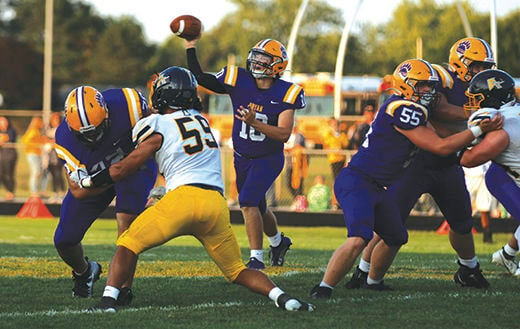 Archbold’s offense was nearly flawless in the first half on Friday, and it was enough to hand Bryan a loss to open Northwest Ohio Athletic League play.

The Bluestreaks built a 26-0 halftime lead, extended it to 33-0 on the first play of the second half and held on from there to knock off the short-handed Golden Bears 33-15 at Golden Bear Stadium.

“We didn’t do a very good job. Our scheme was good, it’s just we’ve got to execute better,” Bryan coach Grant Redhead said. “I told the guys, I said our problem’s not from the chin down. It’s from the chin up. We’re getting in our own way and we’ve got to sit and fix things.

“The biggest thing is we’ve got to grow from it. We can’t just sit there and wallow in our self-pity. We’ve got to get better and I’m not going to let them hang their heads. There’s some good things that we did, but we’ve got to fix mistakes, plain and simple.”

The Bluestreaks had a 285-90 advantage in total yards in the first half, due in large part to quarterback D.J. Newman and running back Carson Dominique. Newman, a 6-foot-1, 175-pound senior and returning first-team all-NWOAL signal caller, accounted for 201 passing yards and two touchdowns in the first half. Dominique had 53 yards and two scores on the ground in the opening half.

After an incompletion on his first pass attempt, Newman connected on his next 13 throws (12 in the first half). He capped off a seven play, 92-yard drive with a 19-yard touchdown pass to Gavin Bailey to make it 7-0 Archbold with 2:18 left in the first quarter. Newman was 5-of-5 passing for 84 yards on the drive.

“As a whole, we were very physical that first half. I think offensively, we had a good mix there between the pass and the run,” Archbold coach David Dominique said. “We were able to keep them guessing.

“Obviously, we knew they were big up front. They had some big boys and they’re tough to move, so we have to mix it up. We can’t go toe-to-toe with teams like that.”

Meanwhile, the Golden Bears were without several players, including starting quarterback Jase Kepler. Senior running back Korbin Shepherd also left with a right ankle injury late in the first quarter before returning late in the second.

Shepherd finished with 27 carries for 125 yards, including touchdown runs of 4 and 3 in the fourth quarter. His first touchdown cut Bryan’s deficit to 33-7 with 11:20 left, and after a 2-point conversion run on his second score, the Golden Bears trailed 33-15 with 5:32 remaining.

“He got his ankle twisted on and we brought it to the officials’ attention, and it didn’t happen again thank goodness,” Redhead said. “We got him back in, things went fine.

“We’re missing some guys and that really hurt. They’re better and they’re going to be better and back, but the next man up has got to do the job and as a team, we just didn’t get the job done. It starts with me, we’ll fix it.”

Junior quarterback Dylan Dominique finished 13 of 24 for 146 yards and three interceptions for the Golden Bears. Sam Herold had two catches for 39 yards; Carter Brown had two for 30; and Logan Moss reeled in three receptions for 27 yards.

Shepherd added 31 receiving yards on two catches, while Trenton Wolfe had two catches for 14 yards and three carries for 20 yards.

Newman finished 13-of-15 passing for 203 yards and two touchdowns. He had 65 rushing yards on nine carries, including a 44-yard touchdown run on the first play of the third quarter after a big kickoff return from Jack Hurst.

Newman lost a fumble midway through the fourth quarter that Bryan’s Conor Brown recovered, but had an interception defensively. Hurst and Mason Siegel also had interceptions for the Bluestreaks.

Carson Dominique finished with 95 rushing yards on 19 carries, while Bailey had three receptions for 61 yards. Karter Behnfeldt added three catches for 58 yards. Bryan had just one penalty for five yards, while Archbold had four for 35.