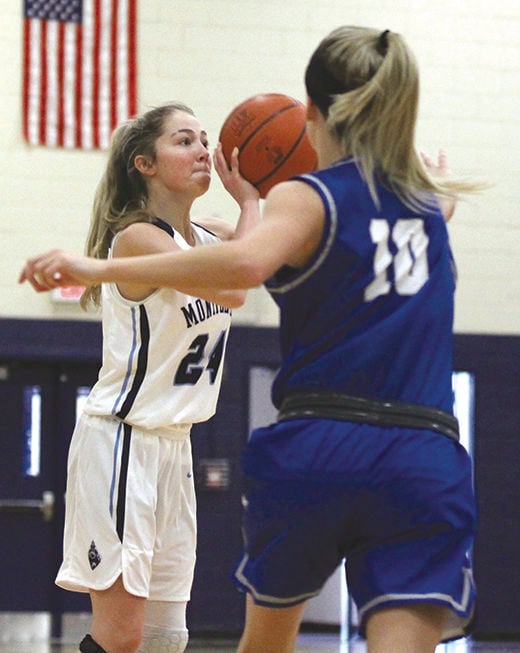 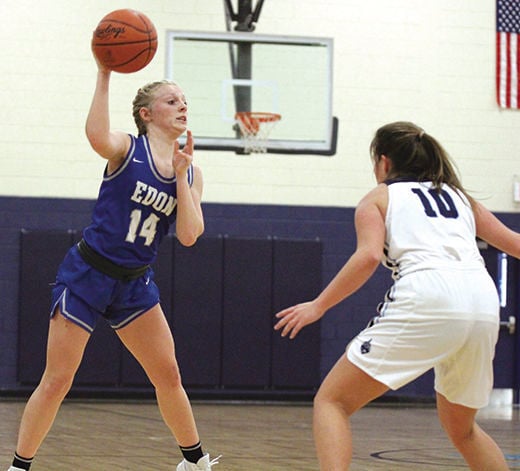 Four Montpelier players scored in double figures, and the Locomotives shot 52 percent from the floor in rolling past Edon 55-27 in a Buckeye Border Conference game at Superior Athletic Complex in Montpelier.

“We’re a team that’s capable of putting a lot of points on the board, and I thought we executed very well,” Montpelier coach Mike Bumb said. “Was very happy with the way my team responded after playing (Friday) night (52-27 win over Fayette), and I thought they handled business well.

“... We’re pretty blessed this year. We knew we’d have a nice team coming back and we’re playing good basketball right now. It’s exciting when the kids are taking the information that you’re giving them and putting it into practice.”

Montpelier improved to 8-1 overall and remained the lone unbeaten in the BBC at 4-0. Edon, playing its first game since the Route 49 Classic on Dec. 22, dropped to 1-5 overall and 0-2 in league play.

Ariel Page, a 5-foot-10 junior post, scored 11 of her game-high 17 points in the second half and snatched a team-high eight rebounds. Jessi Bumb scored eight of her 11 points in the first half, while Chelsea McCord added 10 points and seven rebounds.

Trinity Richmire scored seven of her 10 points in the second half and grabbed five rebounds.

“They’ve got multiple girls that can play at the guard role and they’ve got a big girl inside (Page), and she does a phenomenal job,” Edon coach Caela Walker said. “Their guards do a great job of making things happen and getting their teammates open.”

Edon started well defensively and on the boards as the Bombers trailed 6-3 with a minute left in the first quarter.

McCord, though, scored on a putback with 53 seconds left and Bumb converted a 3-point play on a drive to the basket in the final seconds as Montpelier took an 11-3 lead into the second quarter.

Bumb added another 3-point play on a drive to the basket early in the second quarter, Richmire buried a 3-pointer on Page’s assist and Richmire found McCord for a tough bucket in the paint as the lead swelled to 21-8.

Overall, Montpelier shot 7 of 10 from the floor and 4 of 8 from the free-throw line in the second quarter to take a 30-12 halftime lead.

“I thought we did a nice job there early in the first quarter and then things just started to fall apart and we didn’t really have an answer,” Walker said. “No matter what we tried, they countered off of it and they were able to find a way to get things done.”

Junior forward Breanna Heinze tallied eight points off the bench to lead Edon, while Paige Briner scored all six of her points in the fourth quarter and tallied 10 rebounds. Carlie Kiess (five rebounds) and Olivia Mitchell both added four points, while Kerrin Towers had five rebounds.

“Offensively, we lacked discipline today. There was zero discipline, there was zero rhythm, zero flow,” Walker said. “We’ve got to have girls all on the same page and if that doesn’t happen, we’re going to continue to struggle.”

Edon had a 39-32 rebounding advantage and committed 14 turnovers while forcing 11.

Montpelier is scheduled to return to action Tuesday night when the Locos host Liberty Center, while Edon hosts Stryker on Tuesday in a BBC contest. Montpelier and Edon will meet again for a conference game Friday night at Edon.