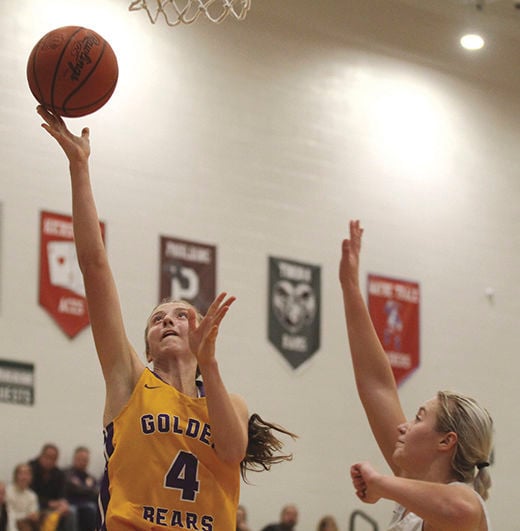 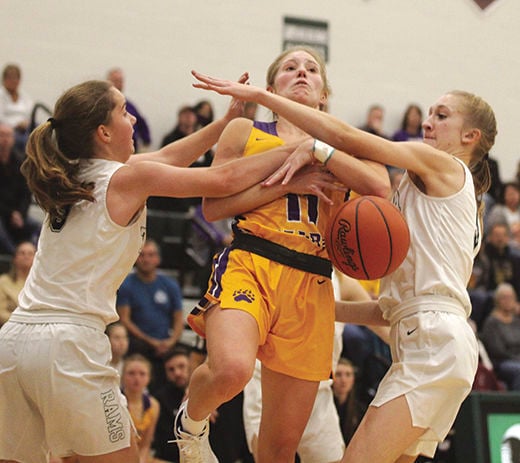 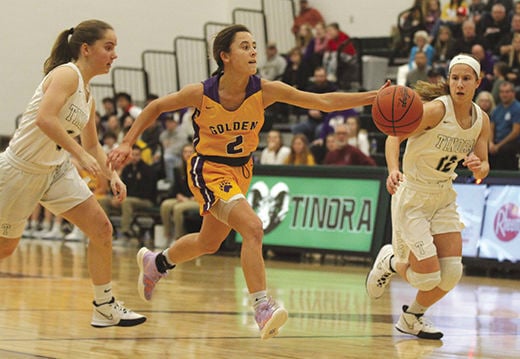 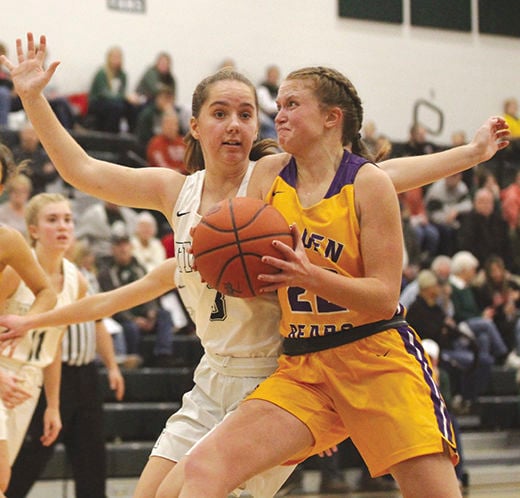 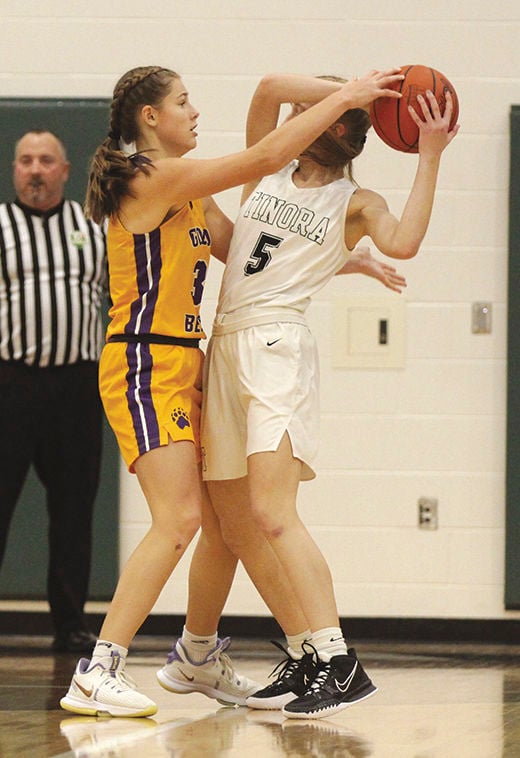 The Golden Bears went on a 21-5 run over the final seven minutes of the third frame to build a 21-point lead as they upended Tinora 62-43 in a nonleague game on Tuesday at Tinora High School.

“(Tinora) cut it to five and we then we just kind of got on a roll there.”

Freshman Nova Okuley had 15 points off the bench, including three 3-pointers, to lead Tinora (1-1).

Liv Mueller drove for a score to start the third quarter to pull the Rams within 33-28.

Bryan, though, responded in a big way.

The Golden Bears finished the frame on an 8-0 run. Grothaus found Kailee Thiel for a basket and knocked down two free throws; Addie Arnold found a cutting Taylor for a score; and Taylor’s drive and dish to Voigt for a basket with 1.4 seconds left made it 54-33.

“I just told the girls, we look like a team that’s practiced for about two weeks,” Tinora coach Kyle Tietje said. “We’re young, we have a lot of things to work on and you tip your cap to Bryan.

“We’re excited about this year, we think we have a pretty good team. But teams like Bryan, they expose some weaknesses and some things that we need to work on... I think we got a little tired, a little fatigued and I think they really took advantage of it.”

Bryan overcame a slow start offensively to take a 14-11 lead after the first quarter, and solid ball movement off drives to the basket keyed the Golden Bears’ run to start the second frame.

Delilah Taylor buried a 3-pointer at the top of the key off Voigt’s pass; Grothaus hit a corner 3 off Brooke Taylor’s assist; and Taylor knocked down a 3 off Thiel’s pass to extend the lead to 27-14. Grothaus’ corner 3 off a pass from Allie Zimmerman gave the Golden Bears a 33-18 advantage with 2:08 left.

“They’re out on you, so if you can not turn it over under pressure and get on somebody’s hip, you can get to the rim and we did a great job of that the first half and to start the third quarter,” Grosjean said.

Tinora bounced back, though, as Emily Harr scored six points over the final two minutes and Karli Okuley added a bucket to trim Bryan’s halftime lead to 33-26.

“The hole we dug ourselves, (the finish to the first half) was huge and we needed it,” Tietje said. “But I think it also kind of contributed to why we kind of ran out of gas in the second half.

“We exerted a lot of effort to make that little run. We needed it because we were down 15, but same time, you’ve got to be perfect to beat a team like Bryan and we’re not perfect yet.”

Harr had seven points, while Okuley and Amanda Meyer both chipped in five for Tinora. Anna Frazer pulled down seven rebounds as the Rams had a 41-35 advantage on the glass.

Voigt had seven points and six rebounds for Bryan, while Arnold and Blayze Langenderfer both had six points. Thiel racked up a game-high eight rebounds.

Bryan will look to win its third-straight game on Tuesday when the Golden Bears host Wayne Trace.