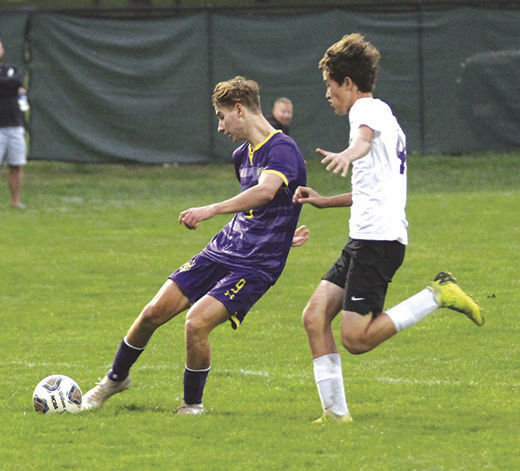 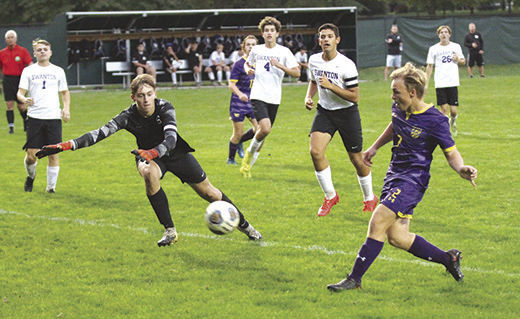 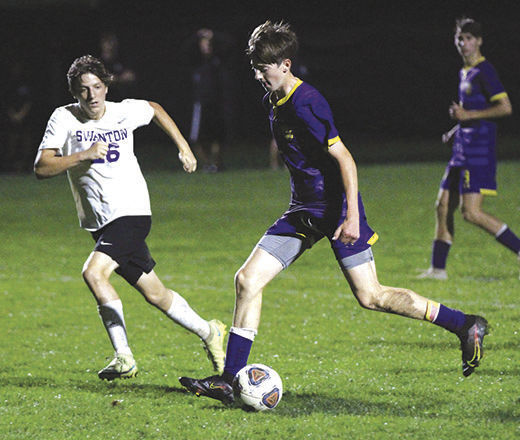 Bryan’s boys soccer team scored early and often in its first game in almost a week and a half on Thursday.

“(Swanton) kept a high line and we knew if we did that, if we release that quick, we’re going to have opportunities because we’ve got speed. It’s just a matter of getting that ball released quickly and that’s what we worked on,” Bryan coach Luke Collins said. “We did have nine days without a game, our last was Evergreen (6-1 loss on Sept. 28), that was a game that we wanted to bounce back from.

“We focused in practice all those days on improving and being clinical in front of the net and having some good attacking options, and we proved that today.”

Bryan (5-8, 3-2 NWOAL) had seven players score. Tomaszewski had a had trick in the first half and added two goals early in the second half to finish with five, which was one behind the school record.

Several great passes over the middle of the field resulted in Brown finding Tomaszewski for a goal to make it 3-0 Bryan with 18:04 left in the first half. Tomaszewski scored with 2:22 left off Micah McCashen’s pass and with 31 seconds remaining off Brown’s pass to give the Golden Bears a 6-0 lead.

Tomaszewski had two goals in a two-minute span in the second half, including one on a long free kick from the right side, to give Bryan a 9-1 lead with 33:39 left.

“Anthony’s had plenty of opportunities all season, he’s scored goals all season but he was very clinical today in front of the goal,” Collins said. “The way that him and Quinn are working off of each other is really fun to see in attack, so hoping to build off of that.

“We talk about peaking at the end of the season and I think we’re proving that we’re capable of doing it, now we’ve just got to perform against the tough competition.”

Dylan Koenig started the scoring for Bryan after converting from the back side off a pass from Aiden Andrews to make it 1-0 with 35:11 left. Brown added a goal a minute later off Tomaszewski’s pass for a 2-0 Bryan lead.

Brown found Nathan Hess, a dual-sport fall athlete who helped Bryan’s boys golf team win a Division II district title at Catawba Island Club in Port Clinton earlier in the day, with 6:58 left in the first half to extend the Golden Bears’ lead to 4-0.

“It’s always nice to have a day like this where you get to really see everyone play their game. For Hess, he’s had a great day,” Collins said. “He’s out at Catawba Island this morning and going to state, then gets to come back right before kickoff and put in a performance like he did on and get on the scoresheet, which is huge.”

McCashen scored in the opening minute of the second half for a 7-0 Bryan advantage. Tomaszewski was credited with the assist.

Hayden Callicotte scored two goals in the second half for Swanton (2-11, 0-5 NWOAL). Isaiah Bolyard added a goal with 1:07 left.

Dom Malanga made four saves in goal for Bryan, while Eli Schlade added three. Malanga made a diving stop on Callicotte’s shot midway through the first half, then stopped him again on a penalty kick seven minutes later.

Bryan will return to action at 1 p.m. Saturday when it hosts St. Marys Memorial.