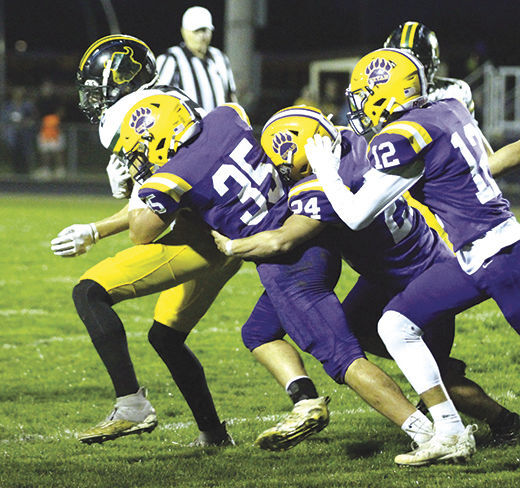 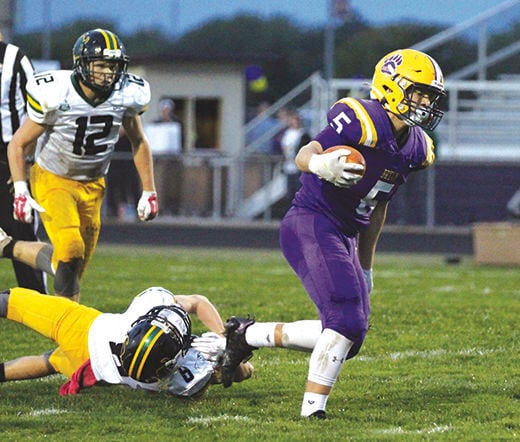 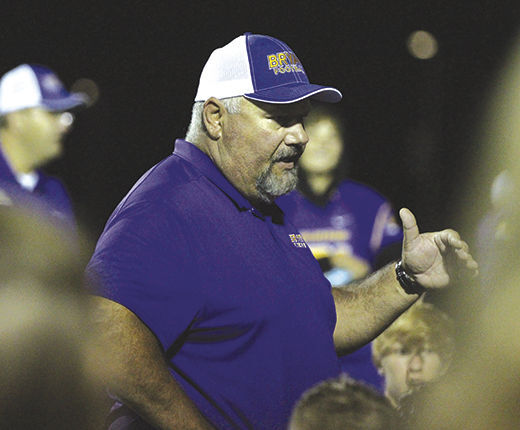 Bryan has a huge Week 10 football showdown with Wauseon looming next week.

But the Golden Bears know they have to focus on taking care of business on Friday against winless Swanton first.

“We know we’ve got to go week by week,” Bryan running back Korbin Shepherd said. “We know the last week, Week 10, is a little more there, a little more important but we know we’ve still got to get this job done before we can even start worrying about next week.”

Bryan (4-4 overall, 2-3 Northwest Ohio Athletic League) is still in the hunt for a playoff berth. The Golden Bears are ranked 18th in the latest OHSAA weekly computer ratings in Division IV, Region 14.

Bryan will likely need to win its final two games to finish in the top 16 in Region 14 and qualify for the postseason.

“Swanton’s a good enough team that if you don’t show up, they can make a run at you. Their record, yeah, is 0-for but they played all the best teams in the NWOAL,” Bryan coach Grant Redhead said. “They haven’t had anybody that has a bad record.”

Swanton has played each of the top teams in the NWOAL. The Bulldogs have been outscored 249-14 in NWOAL play and 377-34 overall; only one team on their schedule currently has a losing record.

Bryan, which is coming off a solid 45-14 win over Evergreen on Friday, is hoping to keep building momentum for a late-season push.

“We’re really trying to perfect our game up for next week and hopefully a playoff run,” Shepherd said. “We’re trying to get that perfected, get everything down straight.”

Offensively, Shepherd has had a busy workload in the Golden Bears’ backfield.

“I still feel pretty good,” Shepherd said. “We’ve just got to keep going. I can’t stop now obviously, so there’s no point in trying to or at least feeling tired, so you’ve just got to push that behind and just keep going.”

His six-touchdown performance in a 49-0 win at Maumee on Aug. 27 tied a school record for most in a game, and he is nearing another record as well. A big performance on Friday could help Shepherd surpass Tim Newell’s school mark for most carries in a season of 244 in 1997.

Sam Herold, a 5-11, 190-pound sophomore for Bryan, hauled in two touchdowns a week ago and racked up 130 yards on six receptions. For the season, he has 23 catches for 353 yards and five touchdowns.

Senior Trenton Wolfe leads the team with 29 catches for 413 yards and has four touchdowns; Craig Jackson has 16 catches for 135 yards and one score; and Logan Moss has added 14 catches for 167 yards and a touchdown for the Golden Bears.

Redhead said improving defensively and limiting big plays in the passing game will be one of the Golden Bears’ big focal points going forward.

“We’ve got to get better and not allow those big passes like we did last week. We’ll have some different people in the secondary and hopefully we can get that to where it’s not our Achilles’ heel anymore,” Redhead said. “... We’ve got to fix some problems and make sure we don’t let people complete the passes because if we do get past this week, next week and go 6-4, then we’re going to need that to be successful in the playoffs.”