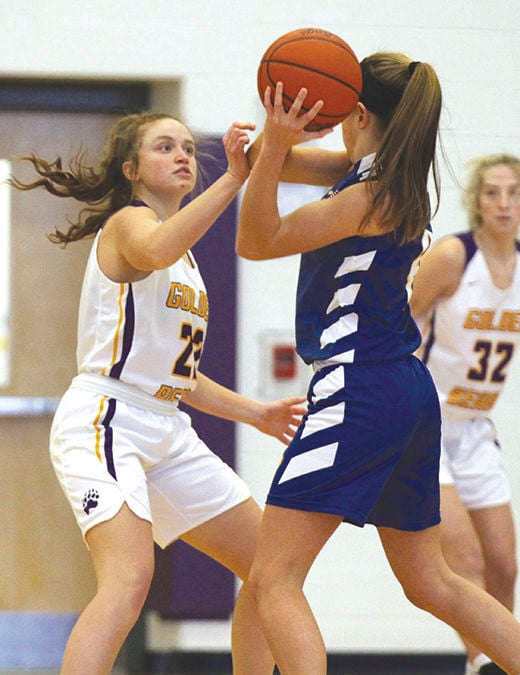 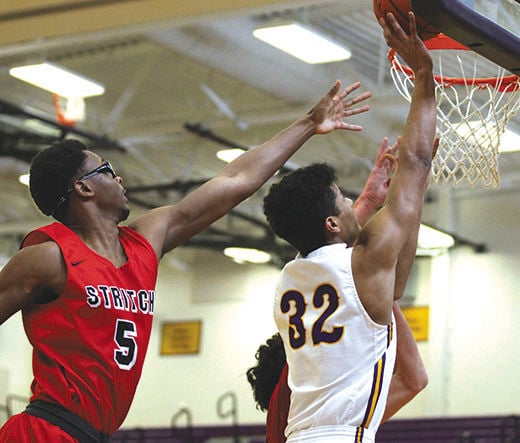 Bryan’s girls basketball team will get a chance to avenge its toughest performance of the season.

The Golden Bears, seeded No. 3 in the Division II Paulding District, will host No. 4 St. Marys Memorial in a sectional final at 7 p.m. Saturday at Bryan High School.

St. Marys Memorial, which handed Bryan a 46-39 nonleague loss on Jan. 23 at Bryan, knocked off Celina 56-33 in Wednesday’s sectional semifinal.

The Golden Bears have won 17 of their 20 games this season, including all six of their Northwest Ohio Athletic League games en route to earning the outright conference championship. Bryan’s first loss this season was a 47-43 setback to Napoleon, the No. 2-ranked Division II team in the final Ohio Associated Press poll, and its second was to Division I No. 5 Toledo Notre Dame 45-44 on Jan. 11.

The Golden Bears, though, struggled against the Roughriders.

Bryan shot just 25 percent (11 of 44) from the floor in its loss to St. Marys Memorial. The Golden Bears fell behind 20-16 at halftime and trailed 32-25 entering the fourth quarter when the Roughriders’ Kiley Tennant banked in a 3-pointer from well beyond half court at the third-quarter buzzer.

Since then, Bryan has reeled off six straight wins by an average of 27 points per game.

Meanwhile, St. Marys Memorial (17-5) finished third in the rugged Western Buckeye League with a 7-2 mark. The Roughriders have gone 4-2 since beating Bryan, with their losses coming to Minster (No. 3 in final AP Division IV poll) and Lima Bath (No. 6 in Division II).

Bryan’s boys basketball team will look to be a little more defensive.

The Golden Bears, who are coming off a tough two-loss weekend at home, close out their regular season with an NWOAL contest against Swanton on Friday at Bryan High School.

Bryan (4-15, 2-4 NWOAL) lost to Evergreen 59-46 on Friday and to Cardinal Stritch 90-51 on Saturday. Evergreen and Cardinal Stritch combined to shoot a blistering 60 percent (58 of 96) from the floor, including 56 percent (19 of 34) from 3-point range, as the Golden Bears allowed its first- and third-highest scoring output of the season.

Josh Vance and Andrew Thornton, a pair of 6-foot-3 standouts for Swanton, have led the Bulldogs in scoring and rebounding this season. Vance averages 14.4 points and 5.0 rebounds per game, while Thornton tallied 14.3 points and 7.5 boards per contest.

For the Golden Bears, senior Titus Rohrer (6-7) has averaged an NWOAL-best 15.8 points per game and is second in the conference in rebounding (7.8 per game). Senior Decota Shaw (6-4), who is coming off a 10-point, four-rebound game against Cardinal Stritch, is also one of the top rebounders in the NWOAL (6.1 per game).

Bryan will start tournament play on Feb. 23 when the Golden Bears travel to Napoleon for a Division II sectional semifinal. The Golden Bears are seeded ninth in the Paulding District, while Napoleon is the No. 6 seed.