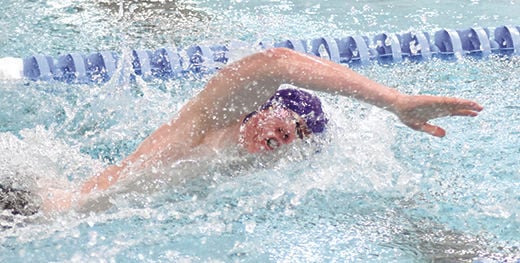 Bryan’s Jackson Miller comes up for air during a race at the Division II sectional swimming tournament on Saturday at Ayersville High School. 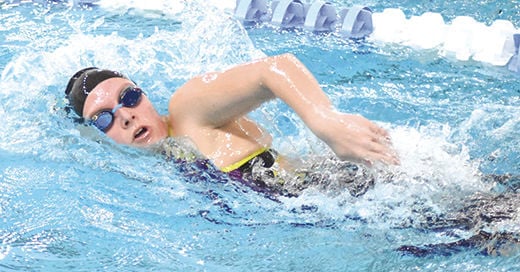 Bryan’s Jackson Miller comes up for air during a race at the Division II sectional swimming tournament on Saturday at Ayersville High School.

Bryan, which competed in Flight 1 with Wauseon, Napoleon, Ottawa Hills, Ayersville, Tinora and Archbold, had six swimmers advance in all four of their respective events. Overall, the Golden Bears will be represented in 17 events at the district level.

For the Golden Bears’ boys team, Jackson Miller and Kellen Rigg were both part of three victories.

Bryan’s girls team posted two victories. Maya Keil, Emilee Bassett, Addie Oberlin and Lauren Wityk teamed up to win the 200 medley relay in 2:00.50, and Keil added a first-place finish in the 100 backstroke in 1:05.69.

The Golden Bears will head to Bowling Green State University on Friday for the Division II district swimming tournament. The girls events will begin at 11 a.m., while the boys will start at 5 p.m.

Bryan’s Scout Smith, Paige Kunsman and Isabella Holbrook will be at BGSU on Wednesday for the district diving tournament.