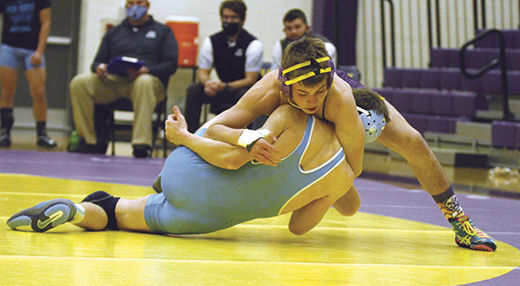 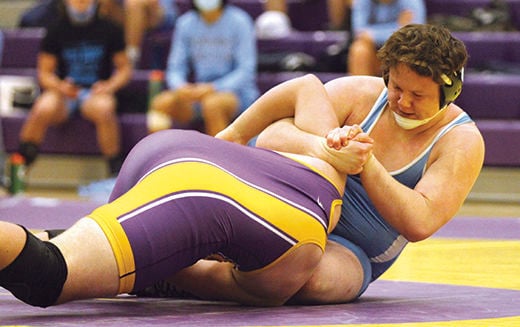 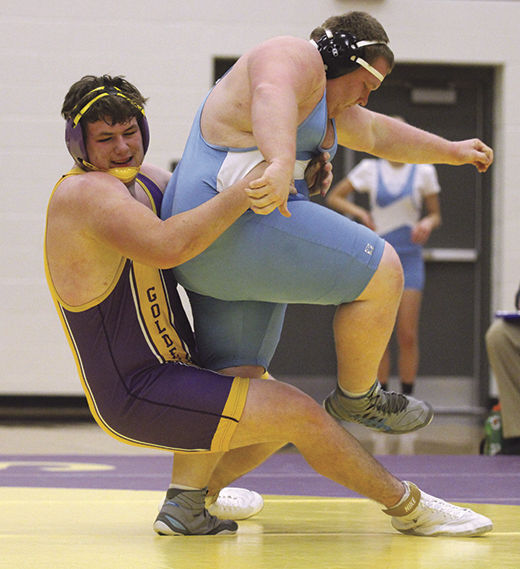 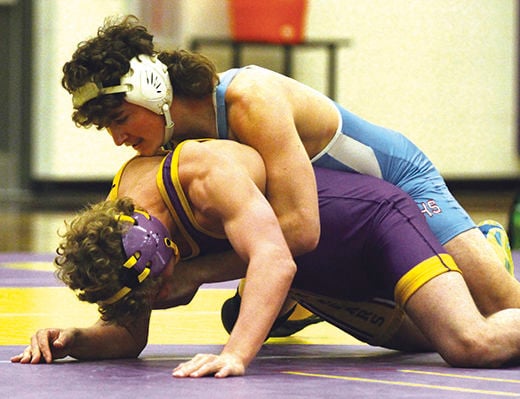 Bryan’s Christian Hollister started the match with a late pin against Monte Treesh. Hollister led 3-1 late in the match but ended up sticking Treesh in 5:47.

Dylan McCandless, who along with Hollister are seniors for the Golden Bears, pinned Gavin Wurm in 44 seconds in their 195-pound match.

Bryan’s Aiden Fenter won his 138-pound match over Jordan Fry via pin in 3:57, while Broston Bernath pinned Andrew Aguirre in 1:05 at 152 pounds.

Lane Hurlbert picked up a 6-3 decision over Landon Brigle at 132 pounds for the Golden Bears. Brigle tied the match at 2-2 with an escape midway through the second period, but Hurlbert responded with a takedown late in the second period.

Hurlbert added another takedown to build a 6-2 lead in the the third period and held on for the win.

For Montpelier, Kasche Bible secured a first-period pin as he stuck Xander Cagle in 1:32 at 145 pounds. The Locos’ Ethan Pontious stuck Tyler Spisak in 1:48 in their 220-pound match.

Montpelier will return to action Saturday when it hosts Edgerton and Tinora at 1 p.m. Bryan will head to Tiffin Columbian for the Tornado Duals on Saturday, then will take on Fairview on Tuesday, Ayersville on Thursday and compete in the Archbold Chuck Forward Duals on Saturday.