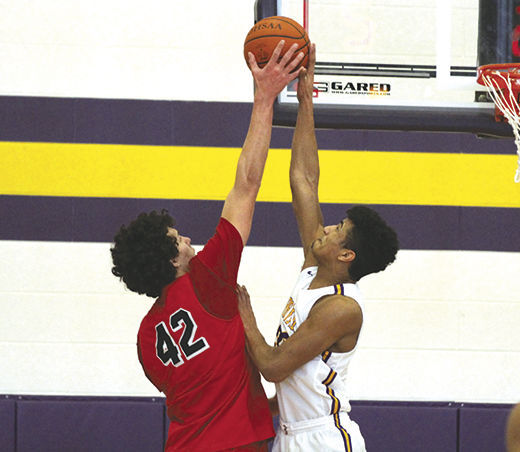 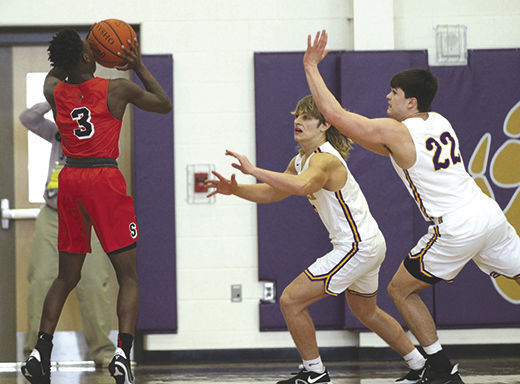 Cardinal Stritch’s boys basketball team has gotten used to playing on the road this season. But the way the Cardinals shot the ball at Bryan High School on Saturday, it was like they were shooting in their own gym.

Cardinal Stritch made a mind-boggling 14-of-20 shots from 3-point range, shot 65 percent overall and torched the nets in a 90-51 nonleague victory over Bryan.

Saturday’s contest was Cardinal Stritch’s 13th road game this season. It was also the Cardinals’ first game since Jan. 30 after spending two weeks in quarantine.

Nevertheless, Cardinal Stritch posted its 10th straight victory and surpassed 90 points for a third time during that span in improving to 11-4.

“It’s nice to come out of quarantine. We got to practice Wednesday and Thursday and (Friday); when they came back Wednesday, they were gassed,” Cardinal Stritch coach Jamie Kachmarik said. “They were out of shape, so we had to get them (back in shape).

“We shot the ball pretty well (Saturday) for coming out of quarantine, so it’s a compliment to them. It’s been a wild year.”

The Cardinals made 35-of-54 shots overall and surpassed 20 or more points in each of the first three frames.

Senior guard Jhaiden Wilson, listed at a generous 5-foot-9 on Cardinal Stritch’s roster, scored 19 of his game-high 35 points in the first quarter as the Cardinals erupted for a 31-6 lead. Wilson, who entered Saturday averaging 26 points per game, hit four of his five 3-pointers in the opening frame, including multiple from well beyond the arc, and added numerous highlight-reel assists throughout the game.

“No. 3 for them is a heck of a player. That’s one of the best shooters/players I’ve seen in a long time,” Bryan coach Brandon Fisher said of Wilson. “He made some pull-ups from past the volleyball line.

“We wanted to come up and get him, but those kind of shots are just crazy. We sent another guy at him, we tried a zone, we tried a different zone, we tried everything. He can drive it once you go out there and he’d dish it. It wasn’t just him, he made a few but the other people that they had were making all of their 3s on any sort of kick whatsoever.”

Sophomore Brenden Revels scored Cardinal Stritch’s other 12 first-quarter points — all on 3-pointers in the first four minutes — and finished with five 3s overall for 15 points.

As efficient as Cardinal Stritch’s offense was, the Cardinals’ defense played just as well. Ross Thompson (6-8 senior) and Romel Hightower (6-4 senior) both recorded multiple blocks and altered numerous other Bryan shots in the paint.

“I think we got blocked more tonight than we have in the past,” Fisher said. “There were times when I thought we ball faked well, but they’re pretty athletic and big.

“Can’t turn it over on dribble drives and stuff against good teams because it’s a layup the other way. We did a lot of that in the first half; they made a lot of shots, but they also got a lot of runouts for layups because of the turnovers. Just can’t give the ball up like that when you’re driving and let them hack it away from you.”

Kyle Swiergosz had three 3-pointers in the fourth quarter for nine points, Christian Burton and Kam Hughes both had eight points and Hightower (13 rebounds) and Thompson (five rebounds) both scored seven points for the Cardinals.

The Golden Bears will look to bounce back in their regular-season finale against Northwest Ohio Athletic League-foe Swanton on Friday at Bryan High School.

“We’ve just got to be more aggressive again,” Fisher said. “We’ve got to be consistent of who’s going to be aggressive so we know what to call or who to get it to, and right now, some guys are aggressive one night and then the next night, they’re not. We’ve got to try to get that figured out before tournament.”