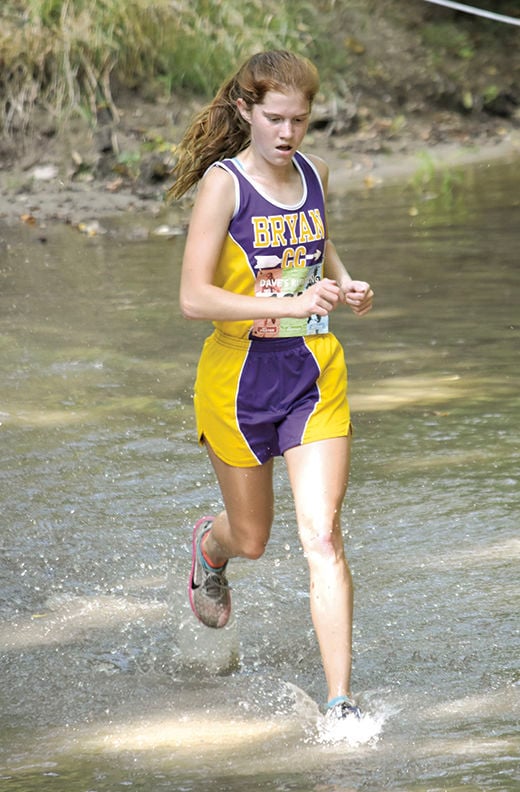 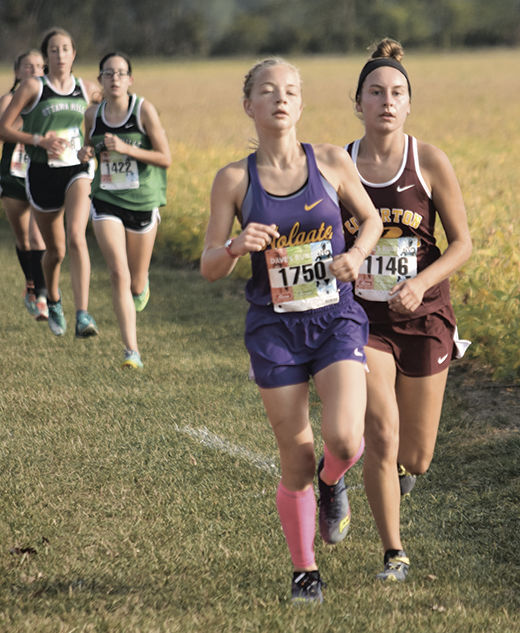 NAPOLEON — Bryan junior Joshuah Taylor missed a personal record by less than a second as he cruised to the title in the boys Stripes Division of the Liberty Center Freedom 5k at Leaders Farms on Saturday.

Bryan finished third out of six teams in the division with 66 points. Archbold won with 45.

Edgerton led area girls teams. The Bulldogs (52) edged Holgate (53) for second in the Red Division, while Montpelier (122) was fifth out of five teams. Bryan’s girls team was third in the Stripes Division with 79 points.

In the boys Red Division, Edgerton was fourth out of four teams with 103 points. Montpelier also had runners complete but did not field a full team.

Archbold’s Kylie Sauder won the girls Stripes Division in 21:01.01 to lead the Bluestreaks to the team title with 21 points.

SPENCERVILLE — Fairview’s Treyvon Hastings finished second out of 160 runners in his respective division as he led the Apaches’ boys cross country team to a sixth-place finish in the Spencerville Bearcat Invitational on Saturday at Spencerville High School.

Fairview finished with 155 points in the Black Division, with Lima Shawnee rolling to the team title in the 14-team field with 66 points.

Fairview’s girls team also had a strong performance as the Apaches, with just five total runners, finished sixth with 159 points. Carey won with 57.