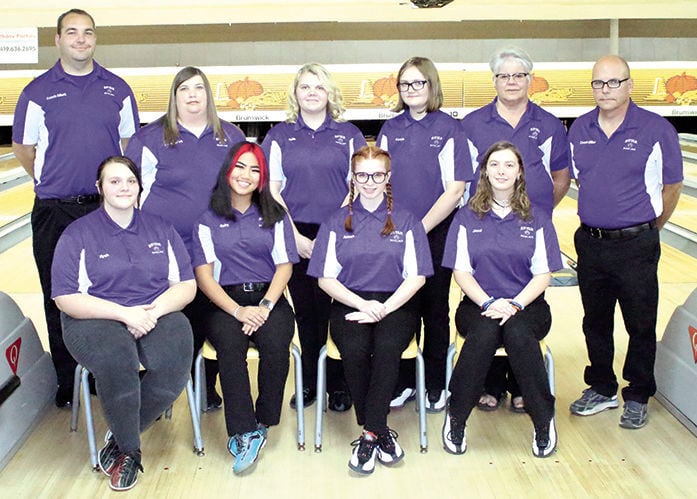 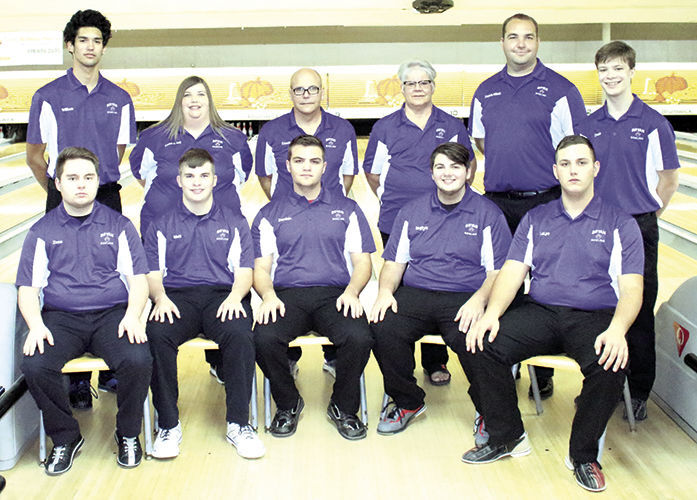 With a couple key bowlers gone from that squad and only six girls out for the team this year, the Golden Bears will be in a rebuilding year.

“We’ve got some new girls this year and we’re definitely going to be in a rebuild year,” Bryan coach Dustin Gillett said. “Realistically this year, we’re hoping to contend for (the Northwest Ohio Athletic League title).

“It’s going to take a lot, but I think with these practices we’re doing pretty well. They’re improving every day, we’re pushing them very hard.”

Bryan’s state championship a year ago was the Golden Bears’ first state title since the boys cross country team in 1995.

Bryan, which was third as a team at state in 2018 and second in 2019, knocked off Coldwater 3-1 in the championship match a year ago.

“It was obviously really awesome to win state,” Gillett said. “That was a really good group of girls that really came together and performed very well all the way through.

“Two years ago it was third place, then second place, then first. They pushed a little better each year and got themselves in that spot to finish it off and they deserved it.”

Faith Harding is back for her junior year after finishing third in the Division II individual standings with a 591 series. She earned first-team all-NWOAL honors as well.

Senior Gabi Bany (62nd at state with a 449 series), a second-team all-NWOAL selection, and junior Alexis Firm also lettered a year ago.

Kyah Davis, Juleah Purk and Jessi Federspiel round out the girls roster.

“We only have six girls this year, too, so that’s going to hurt and hopefully this COVID stuff doesn’t affect us because one or two go down, we’re in trouble,” Gillett said. “So we have kind of a smaller roster this year and a lot of newer girls. I think they’re all competing for positions...this year, they’re all going to be key.”

The Golden Bears will need to replace a pair of seniors from last year, including NWOAL bowler of the year Emma Meade and first-team selection Jade Easley.

Matt Meade, the NWOAL bowler of the year who carried a 200 average, returns for his junior season. Senior Zane Laurin and sophomore Caleb Muhe are also back.

Senior Dominic Boothman is expected to make an impact for the Golden Bears as well, while Lelyn Boothman, William Decator, Iestyn Siders and Issac Stoy complete the boys roster.

“Their drive has just been phenomenal. We’ve been really excited, we teach them one thing and they’re picking it up right now,” Gillett said. “That’s huge. As coaches we don’t have to repeat stuff like that when they’re learning it and understanding right away, and that’s good.