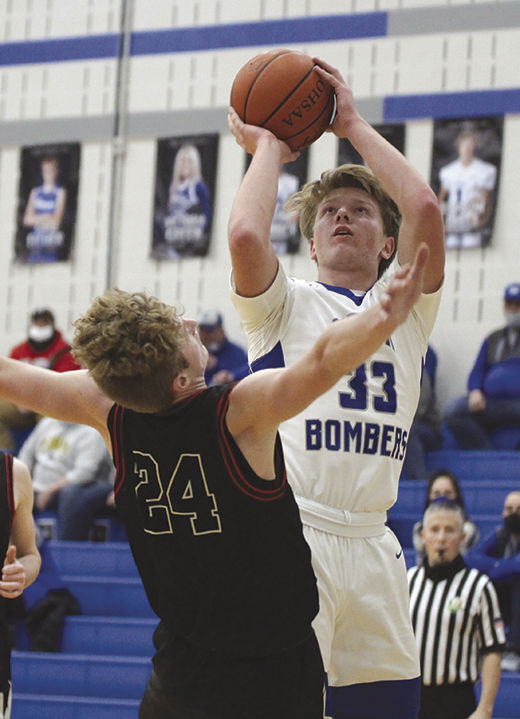 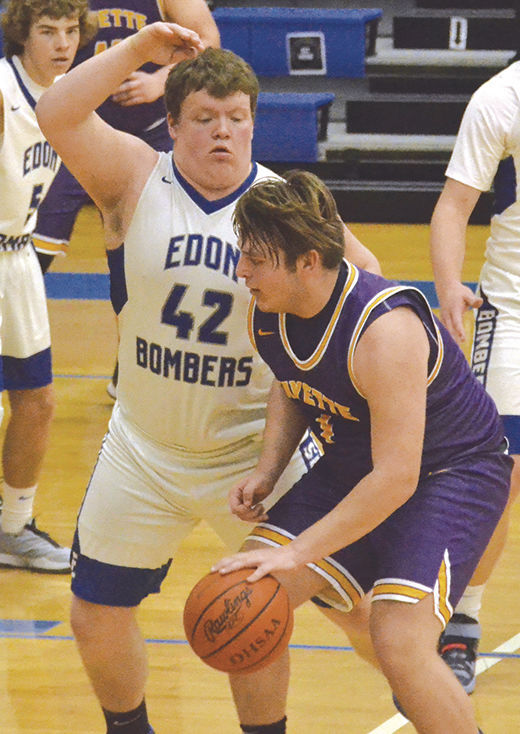 EDON — Edon’s boys basketball team will be getting a late start due to the football program’s historic season. But once the Bombers get their basketball legs into shape and shooting touch going, Edon could be in prime position for a big season.

Six letterwinners with plenty of size, talent and experience highlight a Bombers’ squad that finished 9-9 a year ago, including 9-3 in the Buckeye Border Conference for its second straight runner-up showing in the league. Matt Ripke, who led Edgerton to a 185-99 record in 12 seasons before taking over the Edon position in late April, is excited for his team’s potential.

“We had a pretty good turnout this summer, that group of guys and they picked up on a lot of things that we were teaching, both offensively and defensively,” Ripke said. “They can do some things that fit within our system and we can also tweak our system to fit the skills of those players.

“So really excited to get started and to finally get everybody in the gym. It’s been a lonely gym here for the last three weeks or so with anywhere from 3-5 guys practicing at a time. But those guys have been working their tails off and getting a lot of individual skill work in and learning our offense in those sessions as well.”

Nearly all of Edon’s letterwinners and promising newcomers on the hardwood were key parts of the Bombers’ football team that had its best season in school history. Edon went 11-2 overall, won the Toledo Area Athletic Conference title for the first time and made its furthest advancement in the postseason before falling to Lima Central Catholic in Saturday’s OHSAA Division VII, Region 26 semifinal.

“No. 1, they had a tremendous amount of success, historic season from a football standpoint. Very proud of that team and what they were able to accomplish,” Ripke said. “But I also think, I’m looking to switch gears but at the same time, they need a little bit of time for their minds to get away from it.

“They need a little bit of time physically because when you think about it, they’ve been playing football for 15-16 weeks straight now, and that can certainly take a toll on their body and a lot of physical football games. So we have a plan put together not to beat them into the ground, but to get them into that basketball shape and to be able to put a good product on the floor for our school and for our fans.”

Drew Gallehue, a 6-foot-4 senior forward, earned honorable mention all-Ohio in Division IV a year ago after averaging 15 points per game and racking up numerous double-doubles. He was also a second-team all-Northwest District selection and shared BBC player of the year honors with Pettisville’s Cayden Jacoby.

The biggest focus early in the season for Edon will be sharpening their shooting skills, according to Matt Ripke.

“The name of the game is putting the ball in the basket,” Ripke said. “I’m not naive enough to know that a lot of these guys probably haven’t picked up a basketball since late July, so we’re going to get a ton of shooting in early in the season, get their basketball legs underneath of them and begin building our defensive system and getting guys to understand what we need for them to do defensively to give us an opportunity to be successful.”