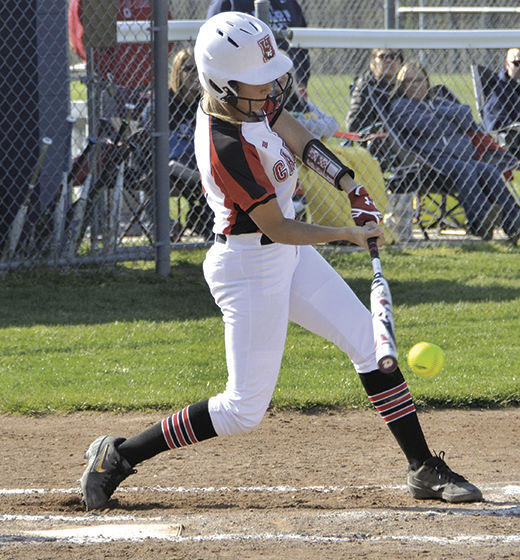 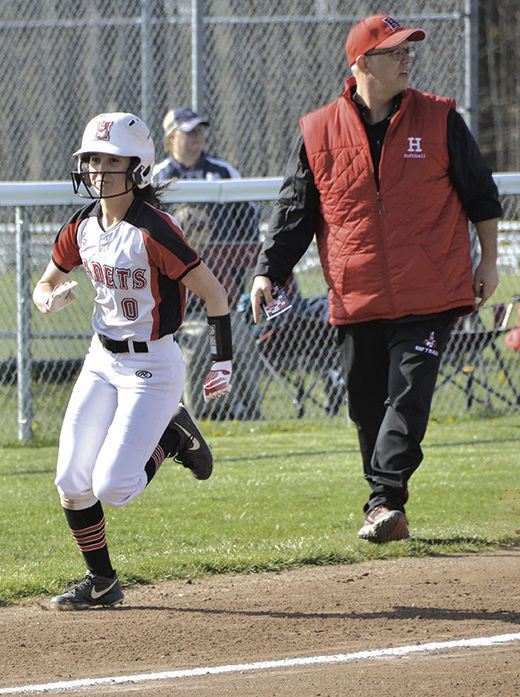 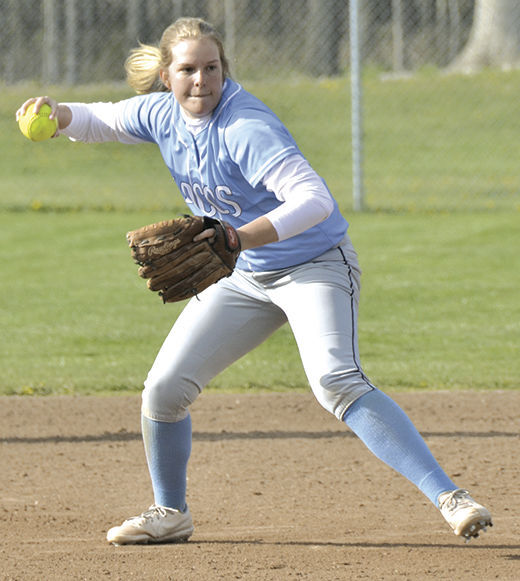 Montpelier's Jessi Bumb gets ready to throw to first base during Friday's Buckeye Border Conference softball game against Hilltop at Superior Athletic Complex in Montpelier.

Montpelier's Jessi Bumb gets ready to throw to first base during Friday's Buckeye Border Conference softball game against Hilltop at Superior Athletic Complex in Montpelier.

MONTPELIER — After Hilltop’s softball team fell to Tinora on Monday, Cadets coach Tom Schaper wanted his team to bounce back.

Hilltop posted a 15-3 five-inning Buckeye Border Conference victory over Montpelier on Friday at Superior Athletic Complex in Montpelier. The win came a day after the Cadets cruised to a five-inning victory over the Locomotives at Hilltop High School.

“Tinora played a great game against us and we didn’t play well, and I think it was an eye-opener for our girls that they’re going to have to come out ready to play every night,” Schaper said. “... I think we needed that eye-opener to really get us going strong. And unfortunately (for) Montpelier, they kind of received the brunt of the girls’ frustration from Monday.

“Montpelier’s not a bad team at all. The girls just came out to hit and it seemed like they were hitting everything those pitchers could throw.”

The Cadets’ bats couldn’t be slowed down, as Hilltop (14-3, 5-0 BBC) rattled off a four-run first inning, three-run second and six-run third to take a 13-0 lead heading into the bottom of the third.

After Hilltop’s Kodi Brenner fanned Kaycee Humbarger, Emily Fritsch started a string of four-straight hits for the Locos with a single.

Cadey Hillard, Alyssa Custer and Ashley Caudill then had back-to-back-to-back RBI doubles to slim the Cadets’ lead to 13-3 with one out.

“We’re learning how to adjust to pitchers,” Montpelier coach Andy Robinson said. “We started to get the ball out in front, we started going after some good pitches.

“And when you do that, it doesn’t matter how good of a pitcher you are. It gets in your head a little bit, you leave it over the plate a little more and it gives the girls behind them more opportunities to do the same thing.”

Brenner, though, bounced back. The senior struck out Jessi Bumb, allowed an Amy Prekop single into shallow center but got a Kinsey Word groundout to get out of the inning without any more damage.

“My teammates are the biggest thing. If I hear them in the infield or in the outfield, it kind of pushes me to throw a little bit better,” said Brenner, who also doubled, singled twice and had four RBIs. “I don’t want to let them down when they’re working and not letting me down.

“We had a pretty good run lead, so that wasn’t one of our biggest concerns. We were working more towards outs than runs at that point.”

After that frame, Hilltop’s Holly Jermeay slapped an RBI single to bring home Alex Horton. Jermeay crossed the plate after an errant throw to home caused from a first to second base rundown with Brenner.

Brenner didn’t allow a run the last two innings, as her performance in the circle secured the conference victory. She totaled eight strikeouts, seven hits, three earned runs and a walk, while crossing the plate two times herself.

“She’s nursing an injury right now, but she dug down deep and threw strikes when she needed to,” Schaper said. “Defense did a good job of helping her.”

“Just really pleased with how the girls have come together,” Schaper said. “They’re playing with a lot of enthusiasm since that Tinora game.”

Fritsch totaled two singles and scored once, while Word also singled. Word got the loss in the circle in two innings. She allowed 10 earned runs, 10 hits and two walks and struck out two.

“(Hilltop) has a very nice team. They’ve had a nice program around here for a long time,” Robinson said. “We know that’s kind of what we’re chasing.

“I was happier with how we competed tonight. Brenner does a great job on the mound — and we adjusted well late. We had a couple really nice hits off her, so I was happy how we adjusted as the game went on.

“I wish we could adjust a little earlier, but with a young and inexperienced girls we know that’s kind of a work in progress for us.”