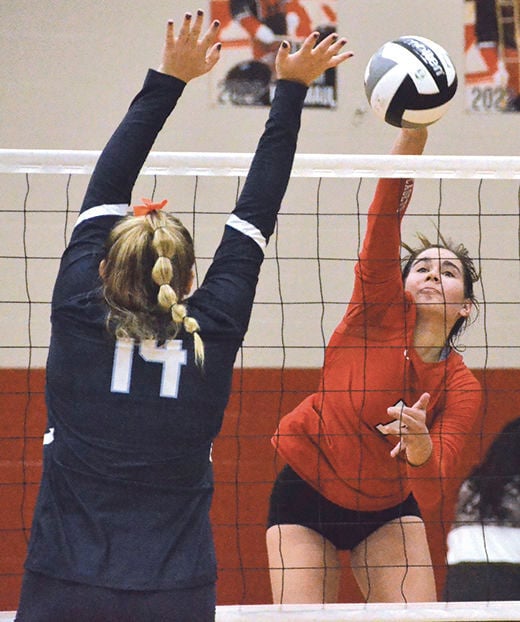 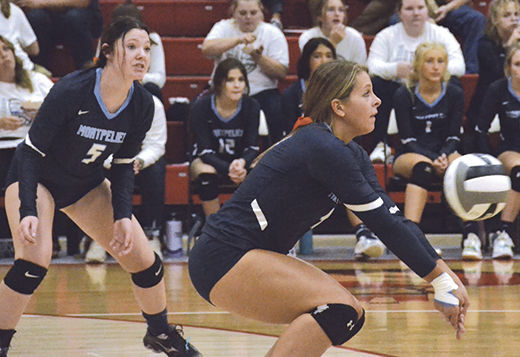 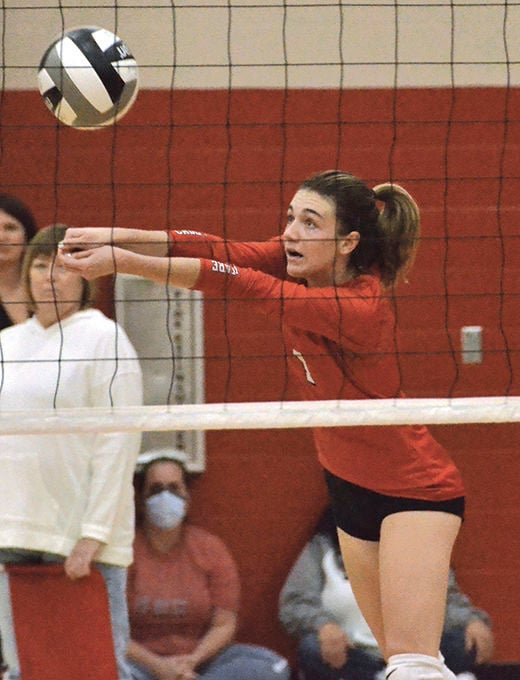 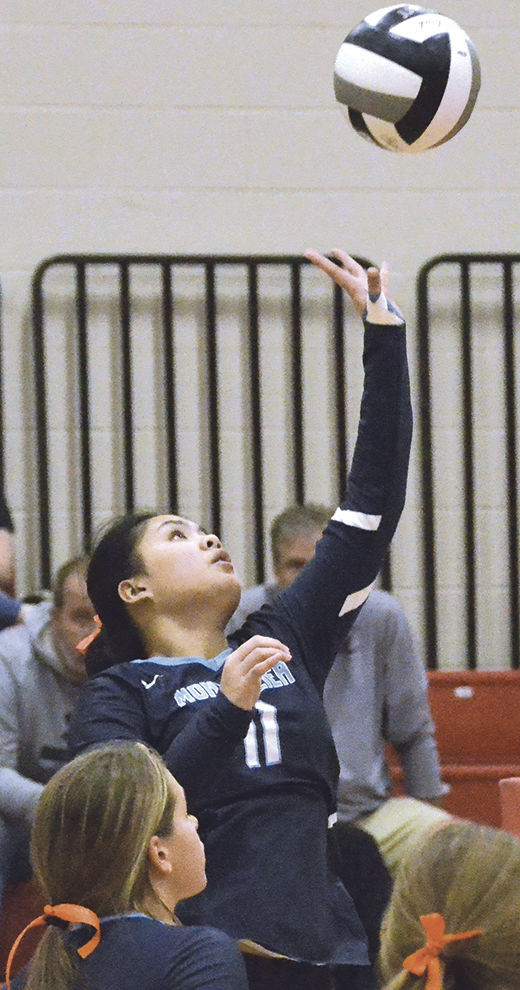 Montpelier's Emily Manisaeng taps the ball during Thursday's Buckeye Border Conference volleyball match against Hilltop at Hilltop High School. Manisaeng got a kill on the tap.

Montpelier's Emily Manisaeng taps the ball during Thursday's Buckeye Border Conference volleyball match against Hilltop at Hilltop High School. Manisaeng got a kill on the tap.

The Locomotives carried that fire throughout the night, but unfortunately, lost the next three sets as the Cadets earned a scrappy 21-25, 25-17, 25-15, 25-18 BBC victory to stay undefeated in league play on Thursday at Hilltop High School.

“(Montpelier) was playing really well. They dug well, they were attacking well. I don’t even know if they missed a serve it felt like through the match,” Hilltop coach Janice Bruner said. “So, they played really well. It was just a matter of us taking a deep breath and trying to pass well enough so we can run our offense.

“When they put Ariel (Page) out to the right and they have the (Chelsea) McCord girl — they have a decent-sized block out there against Gabby (Rodriguez), it makes it a little rougher... I think overall, it was just getting our bearings and seeing what was available for us on their defense.”

“Coming off the Stryker (win Tuesday), we played a hard three sets the last sets we played them,” Montpelier coach Khrysta Coleman said. “I told the girls going into today, ‘That’s the fire we had to come out with.’ And that’s what they did — the whole game, even after the first set.

“I think we caught them off guard and it worked in our favor.”

Rodriguez racked up 22 kills on 53-of-60 spiking, six digs and two total blocks (one solo, one assisted). Mia Hancock smashed nine kills on 28-of-29 spiking.

Hilltop still sits atop the BBC. North Central and Edon — who the Cadets already defeated in BBC play this season — are 4-1 in the conference and tied for second.

“Any one, any night, with momentum can challenge and beat a team,” Bruner said. “So we have to be ready for every opponent, for what worked for us the first time (in nonconference play), what didn’t and kind of tweak some things with that and just serve well, pass well, and the rest kind of comes from there.”