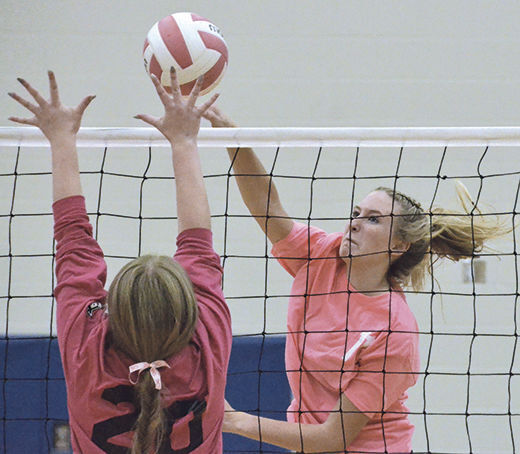 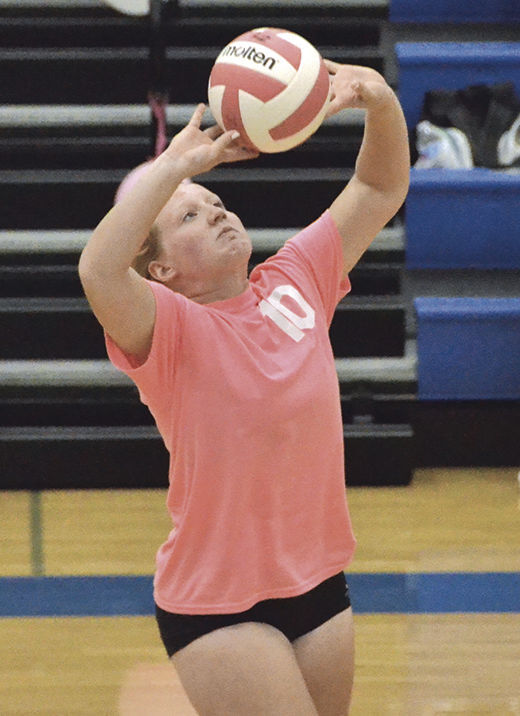 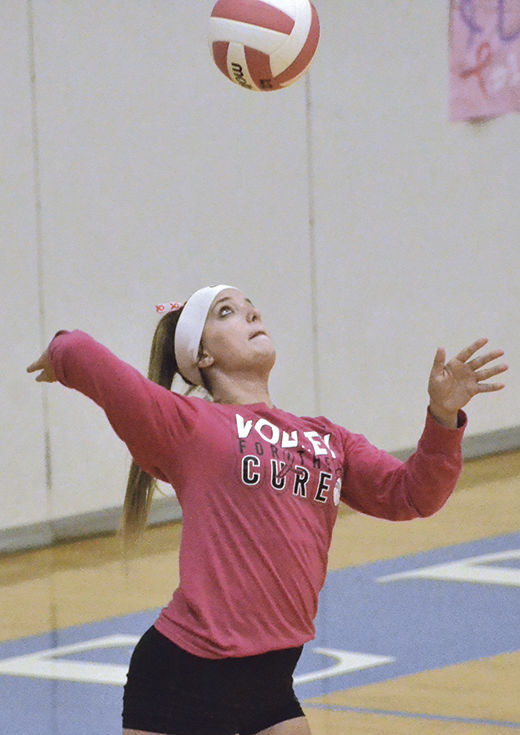 EDON — After dropping two matches in the Archbold Spiketacular on Saturday, Hilltop volleyball coach Janice Bruner wanted to see her team bounce back against Edon on Tuesday.

The Cadets did in dominating fashion.

Hilltop started the first set against the Bombers on a 14-1 run and never let up the rest of the match to earn a 25-9, 25-9, 25-10 Buckeye Border Conference sweep and stay undefeated in conference play at Edon High School.

“For us tonight, it was about trying to improve from Saturday,” Bruner said. “... Things didn’t go quite the way we wanted to — Tinora’s a really good team, lost to them. We played Toledo Christian and just felt like we could’ve done better and we didn’t. So we wanted to make sure tonight that we didn’t put ourselves in that kind of a situation where we were kind of struggling coming back from behind and stuff.

“We talked a lot about and we worked in practice on setting the tone, passing better so we can attack and then just kind of keeping the pressure on. I think that was more about for us what happened this weekend and trying to improve on that and just being steady and staying focused.”

The Bombers (9-7, 3-1 BBC) scored five straight points at 19-3 to try and gain some momentum, but the Cadets shut them down with a Edon spiking error starting a 6-1 run to give Hilltop a 2-0 match advantage.

The Cadets started the third set with two kills from Gabby Rodriguez, an Alex Horton kill and an Edon lift, but a Carlie Kiess kill sparked a three-point burst for the Bombers to make it 4-3 Hilltop.

That was as close as Edon got, however, as a Horton kill and ace jolted a 21-7 run to end the match and give the Cadets a BBC victory.

“We’re going to move on to Thursday (against Pettisville), hopefully get a win, see what we did wrong and move on with our season.”

Rodriguez led the way for Hilltop by hammering 21 kills on a perfect 35-of-35 spiking. The junior also collected five digs and served two aces (6-of-8 serving).

“Libbie started out well in game one. We got her the ball some and she got some early kills,” Bruner said. “Alex Horton, who hasn’t always served this year because of my rotation that I use, went in and had what I kind of felt what she could do in the serving position. That was awesome to see that and those points.

“Mia did a good job of serving again and she did well when we got her the ball up front, too. Ray (Saunders) passes like crazy, Jayma does a good job all the way around. They all performed well tonight.”