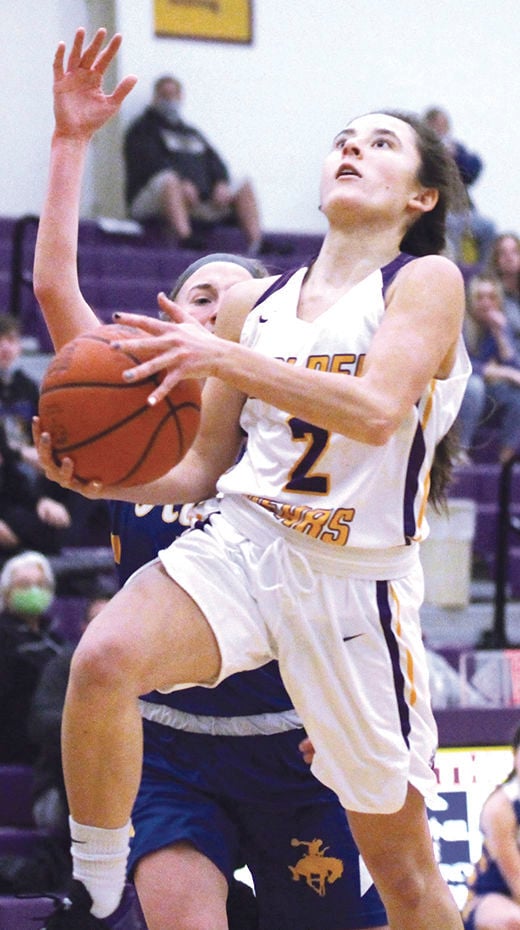 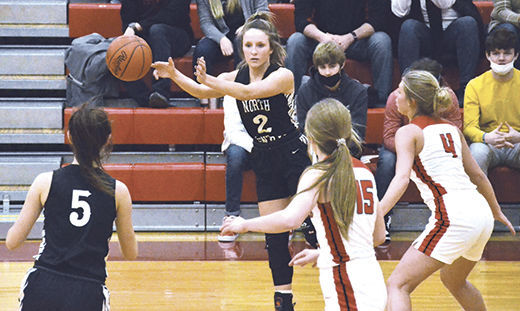 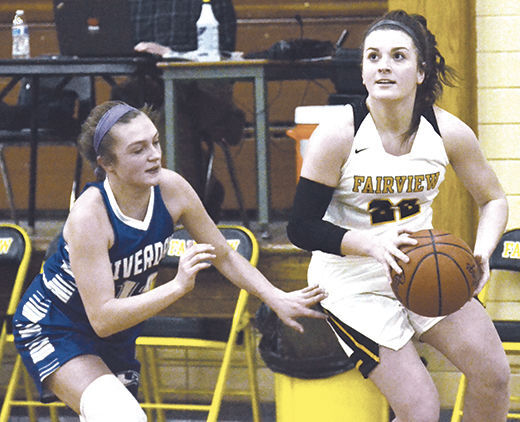 It’s been a successful season for area girls basketball programs.

Montpelier (18-4, 12-0 Buckeye Border Conference) won the BBC outright for its third conference title in program history, after sharing the BBC with Edon and Stryker in 2020 and splitting the NWOAL with Wauseon in 1999.

The Locomotives’ conference foe North Central (12-10, 6-6 BBC) tied for third in the conference standings, but won its second D-IV sectional title in the last three seasons with a 43-36 win against Hicksville on Saturday.

“I think all four programs have quality coaches that spend a lot of time at it,” Bryan coach Todd Grosjean said. “Fairview’s got a great youth program, as do we ... Mike Bumb’s got a great thing going over at Montpelier. They’ve got young kids, they’ve got an eighth grade class that won their junior high tournament.

“North Central is very solid, very strong — they had success in volleyball. And the old cliche that success breeds success — I think all four schools had some success in the fall and it’s carried over to the winter season.”

And after sophomore Reese Grothaus tore her ACL against Wauseon on Jan. 8, Grosjean said his team had to step up and learn a life lesson.

They did, as they repeated as NWOAL champions — with 2020’s title Bryan’s first since 1993 — and earned a sectional title for the first time since 2012.

Bryan, the No. 3 seed in the Paulding District, will face No. 2 Lima Bath, which finished sixth in the final D-II Ohio Associated Press poll, at 7:30 p.m. Thursday at Paulding High School.

“You’re going to have life obstacles and setbacks,” Grosjean said. “With our kids, we just said, ‘It’s an opportunity for someone else to step in and fill a role and get some more minutes.’ I’m really proud the way the kids took that.

“And obviously Reese is a sophomore, so she’s going to have the opportunity to stay healthy the next two years and be a major contributor. So as disappointing as it was to lose her, we’re really proud of the way the kids have handled it. Credit to (Grothaus) for going through this whole situation. It stinks that you lose somebody, especially the quality kid that Reese is.

“But that’s kind of what they rallied around.”

Fairview has some similarities to the Golden Bears.

First, Bryan and the Apaches both have kids who went through each school’s youth programs, Grosjean and Fairview coach Russell Zeedyk said.

“I think it started when they were pretty young (and) having good parents that stepped up and coached them when they were in fourth, fifth and sixth grade,” Zeedyk said. “Kind of getting them to have the love of the game, got them the taste of winning.

“The senior group, they’ve been coached ever since they were in fourth grade and had some parents who did a really nice job with them.”

Grosjean added: “I think our youth program has done great things. (Former Bryan Athletic Director) Brian Arnold deserves a lot of credit for organizing that and getting that off the ground. It takes a lot of pressure off of us as coaches when you have a youth program like these schools do.”

Second, neither team has been fully quarantined once because of COVID-19 precautions this season and only had players miss time because of classroom contact-tracing. Both Zeedyk and Grosjean said they’re proud of how their teams have handled the situation.

“I think again, it goes to having the parents keeping them in check kind of and hopefully not going out and doing things they shouldn’t do,” Zeedyk said. “Basketball is important to them and it’s kind of why we’re having the success we are.”

The Apaches, the No. 3 seed in the Elida District, are looking to make their second straight trip to a D-III district final with a win over No. 4 Delphos Jefferson 7:30 p.m. Thursday at Elida Fieldhouse. They are having success this year because of last year’s performance where they finished second in the GMC.

“Just getting close (to a GMC title) last year was good ... And then we obviously get to the district final and I think that kind of got in their mind that, ‘Hey, we’re getting better every year,’” Zeedyk said. “We’ve got a good senior group (Kiersten Cline, Olivia Ricica, Karrie Smith, Cassie Mavis), so it’s now or never for them.

“They stepped up this year, worked hard during practice every day and worked hard and I think they’re seeing some of those benefits now from that hard work.”

While the Locos, who were No. 4 in the D-III Anthony Wayne District, fell 49-35 to No. 3 Delta in their sectional final, the BBC is still represented in districts.

North Central coach Greg Waidelich said his team now “is much different than the team (we) started out with” as they gear up for a district semifinal matchup set for 5:30 p.m. Thursday against the No. 1 seed in the Defiance District, Convoy Crestview.

“I think our girls did a great job of improving in a lot of different ways,” Waidelich said. “... That’s always what you want to see as a coach, is just that improvement and that dedication on their part to not only work hard, but to take the coaching seriously and make the changes and the improvements you see they have the potential to make.”

While Bryan, Fairview and North Central are all looking to advance in this year’s postseason, this year’s success by other girls basketball teams in the area aren’t unnoticed.

Hilltop (13-7, 10-2), for example, had more overall wins this season than the previous four years combined (12) and stopped three-straight years of finishing last in the conference.

Waidelich said it helps when other area teams succeed because the coaches want “to grow the game and grow the interest” in girls hoops. And the coaches all said they want northwest Ohio girls basketball teams to consistently have a presence in regionals and state.

“I was actually just talking to another coach about this — we just want to see girls basketball grow and we just want to see it be more successful,” Waidelich said. “We even talked about maybe that means we need to start doing things between schools in the offseason and whatever it takes for more girls coming out and learning to love this sport.

“We can’t be successful as one team if the whole area is down. So it would be awesome to see Williams County basketball — and even more just northwest Ohio basketball — turn into one of those things that you look at when you start looking at regionals and state, and you see, ‘Hey, there’s always teams from northwest Ohio down here,’ no matter what division you’re looking at.”