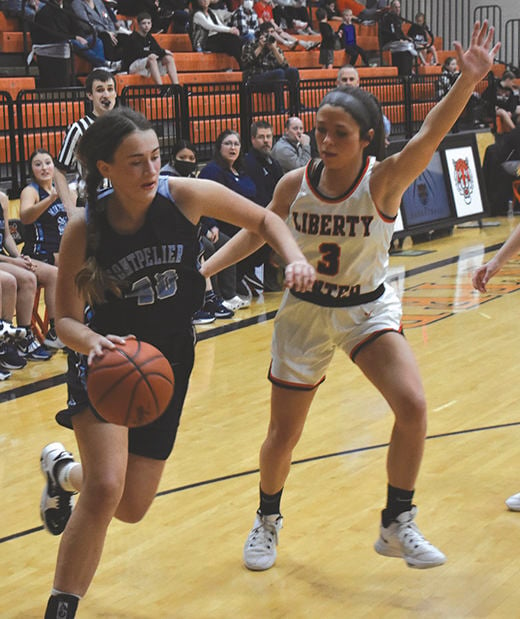 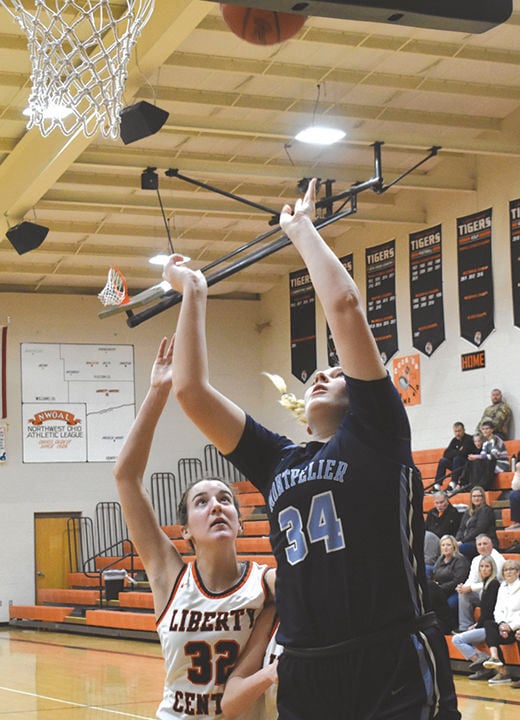 The Locomotives scored just five second-quarter points and were in danger of losing for the third time in the past six games after a season-opening seven-game win streak.

But Montpelier settled down in the second half, had three players score in double figures and forced LC into seven fourth-quarter turnovers to rally for a 43-40 win at Liberty Center High School.

The win was the Locomotives’ fourth game of the season decided by fewer than 10 points. Montpelier is 4-0 in such games and improved to 11-2 overall.

“Credit to them for playing the way they did as far as the zone and the length that they have and taking away our passing lanes and making things difficult,” Liberty Center coach Tim Davis said of Montpelier’s defense. “We have to execute better and we have to play smarter at the end of the day.”

Liberty Center, which is now 6-4 in games decided by single digits, fell to 8-5 overall.

The Tigers’ Peyton Armey ended the first half with a buzzer-beating steal and layup before Emerson Gray’s corner 3-pointer to open the third quarter pushed Liberty Center ahead by a game-high 10 points, 27-17. Gray led LC with 12 points and Armey scored eight.

However, freshman Jada Uribes’ ensuing layup sparked an 11-2 Montpelier run to come within 29-28. Ariel Page, who scored a team-high 12 points, had a layup and a triple from the top of the arc in the run, while Chelsea McCord (11 points) made a free throw and hit a nothing-but-net 3-pointer from the wing.

After LC extended its lead back to five, both teams traded back-to-back turnovers before Uribes (11 points) knocked down a corner 3-pointer. Page’s layup on an over-the-top entry pass into the post tied the game at 35-all with 3:50 to play.

“Honestly we thought about just pulling (the ball) out with five minutes to go when we were up,” Davis said. “But it’s our inexperience coming through, with some of our youth that we have and lack of varsity experience. But at this point we’re halfway through the season, we can’t have some of the turnovers that we had.”

The Tigers, who had 21 turnovers, answered the bucket with a Kailey Blanton layup, but the shot was waved off and LC was called for three seconds in the paint. Montpelier’s Trinity Richmire gave the Locomotives their first lead of the game with a 3-pointer, McCord extended the lead with an old-fashioned 3-point play and Richmire sank a pair of free throws with 39 seconds left to take a 43-37 lead.

Page and McCord each had a block in the final minute and Richmire stole LC’s pass up the court in an attempt to set up a last-second shot on the final possession.

“We weren’t getting anything inside as far as scoring with Page in there. So their zone was just able to expand and get wider and wider. We didn’t take advantage of that at the high post area. We were hesitant when we got the ball to the high post and didn’t really pass out from there very good,” Davis said.