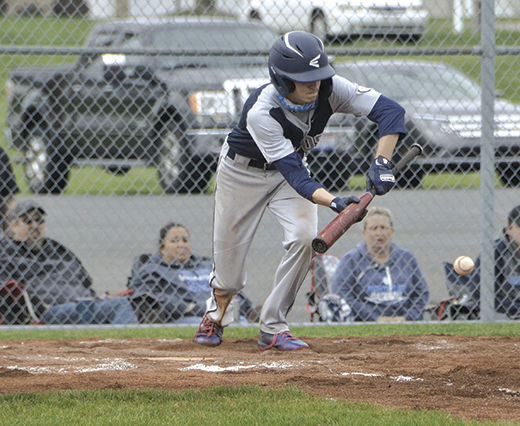 Montpelier’s Tylor Yahraus lays down a bunt off a pitch from Edon’s Cole Vasquez during Thursday’s Buckeye Border Conference baseball game at G. Kent Adams Field in Edon. Yahraus beat out the throw for a single. 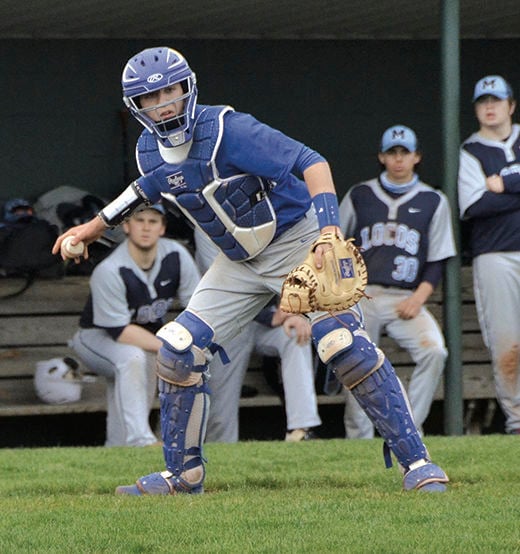 Montpelier’s Tylor Yahraus lays down a bunt off a pitch from Edon’s Cole Vasquez during Thursday’s Buckeye Border Conference baseball game at G. Kent Adams Field in Edon. Yahraus beat out the throw for a single.

EDON — Edon committed nine errors against Montpelier, and the Locomotives took advantage of them.

Montpelier scored 13 runs on 11 hits — and laid down multiple bunts — to give itself a 13-1 six-inning Buckeye Border Conference baseball win on Thursday at G. Kent Adams Field in Edon.

“We wanted to put the ball in play and make them field it,” Montpelier coach Toby Hutchison said. “Ground was a little wet, (so) took advantage of the ball being wet. It was what we talked about at the beginning of the game — just doing the little things right.

“... It worked out for us. They threw the ball around a little bit — (and) I know they’re a better team than they were tonight. But I just wanted to produce runs, because I knew the rain was coming and I just wanted to make things happen.”

The senior also made a diving catch in center field in the bottom of the sixth with runners on first and second — who were advancing — with one out and threw to second baseman Ayden Santos to get the double play to end the game.

Collin Crisenbery rocketed two singles — including a two-run liner to left in the sixth inning — while crossing the plate three times himself and getting one steal. The senior also got the win on the mound, allowing only three hits, three walks and one run (zero earned) while striking out four in 22 batters faced in his complete-game performance.

“Tonight, we put a complete game together,” Hutchison said. “Collin threw a great game, defense helped him out (zero errors), Tylor makes a heckuva catch out there to end it. I can’t be more proud of the guys.

“They did everything I wanted them to do to come out on top.”

Ethan Steinke, Garrett Skiles and Caden Nester each had a single — with Steinke getting the Bombers’ lone run on a first-inning passed ball — to complete Edon’s offense.

“Credit to Montpelier. Coach Hutchison has a great ball club over there,” Edon coach Brien Moore said. “... Crisenbery kept us off our toes from the second inning on.

“We just got to keep learning, keep grinding. We’re still a young ball club. I still believe in my guys, I still believe that we can play our best baseball come end of April, first of May and get ready for the tournament.”