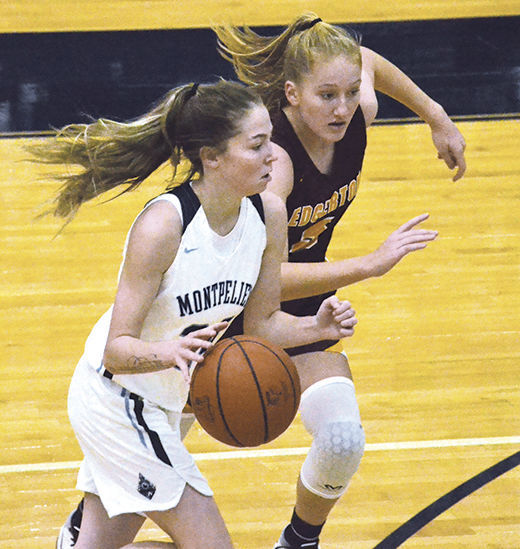 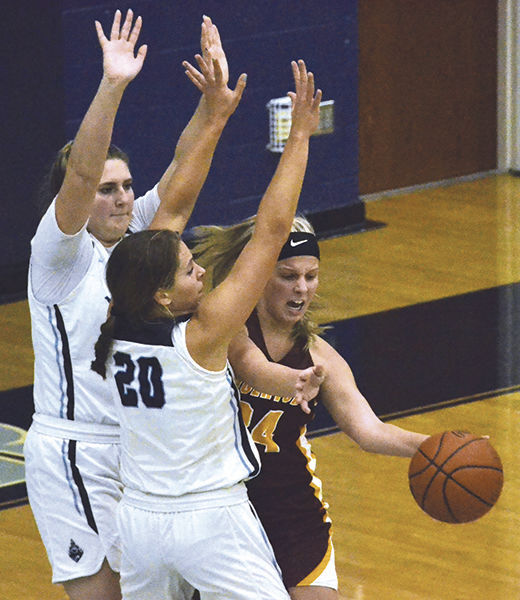 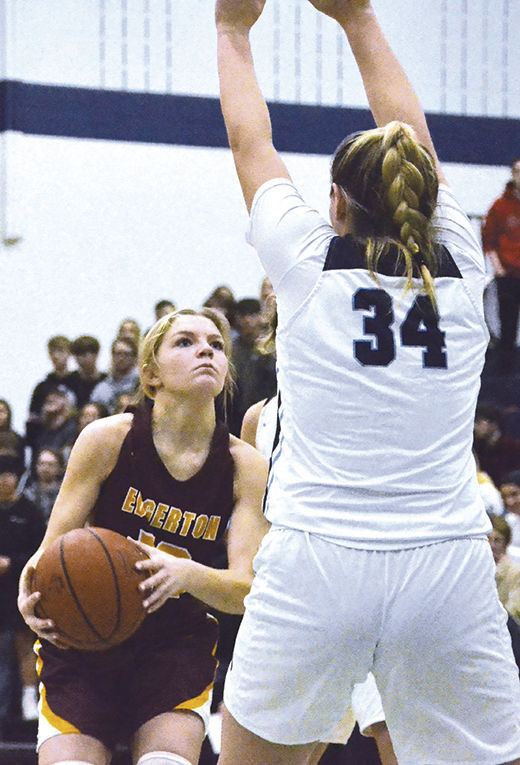 MONTPELIER — Montpelier’s girls basketball team had an all-around game against Edgerton on Tuesday.

The Locomotives had three players with double-digit points — with Trinity Richmire’s 18 a game high — were 53 percent (10 of 19) from floor in the second half and limited the Bulldogs to 10 points after the break to earn a 53-28 nonconference victory at Montpelier High School.

“Defensive pressure, made a few more shots, talked to them about being a little bit more engaged defensively, didn’t overreact, didn’t panic,” Montpelier coach Mike Bumb said of the second half. “It’s not always going to be a love affair when you play basketball, meaning things aren’t always going to go your way... And in the second half, we got a few stops and some shots in the first half, we made, got some sparks from some people off the bench.”

Montpelier (2-0) started the game out with the edge. The Locos took a 12-3 lead with 4:08 left in the frame with help from Ariel Page and Richmire. Page (two layups, 1 of 2 from the free-throw line) had five points during that span, while Richmire nailed her lone 3-pointer of the night.

Edgerton (0-3) carried Smith’s momentum into the second frame. Two free throws and a layup from Grace Schroeder in the first 1:37 narrowed Montpelier’s lead to 14-13.

Page answered with a layup and putback to cause an Edgerton timeout with 5:45 left, but just over two minutes later Smith hit her third of five 3-pointers to get the Bulldogs within two points (18-16) with 3:43 remaining in the first half.

“We broke their defense down a little bit, got some good looks and I think that was a difference between the first half and second half,” Edgerton coach Marchetta Caryer said.

After Smith’s 3, though, the Locos started to take over. A Jada Uribes long-range jumper, Chelsea McCord layup and six points from Richmire (four free throws, layup) compared to two Schroeder free throws in the final 3:35 gave Montpelier a 28-18 halftime lead.

And in the second half, Montpelier got into a groove. The Locos outscored the Bulldogs 15-3 on 55 percent (6 of 11) shooting in the third quarter to extend their lead to 43-21 heading into the final eight minutes.

From there, Montpelier and Edgerton stayed close scoring-wise in the frame (10-7 Locomotives), but the deficit was too large for the Bulldogs as the Locos claimed victory. Richmire added seven points and three steals in the second half, Page had six points and Smith knocked down her other two 3s.

Smith finished with a team-high 15 points, contributed three boards and was 50 percent (5 of 10) from 3-point range.

“She’s a really good shooter, but the downfall is she has to handle the ball for us, too,” Caryer said. “So we’re trying to get other people in that role, but right now it’s what we have, it’s what we’re working with.

“But she can definitely shoot the ball, she had a great night tonight. Our guards relocated well tonight and we were able to find her and she was able to get her shots up. You can’t ask for anything more than that.”

“Second half, we definitely didn’t break the defense down as well as the first,” Caryer said. “But that’s part of learning, part of growing as a team. And we’ll get there. I’m extremely proud.”

“I thought Trinity Richmire tonight was unbelievable,” he said. “Never came off the floor. And in an ideal world, I would like her to not have to play 32 minutes — and we’re hoping to get there some day — but tonight she stayed on the floor.”

“Of course Ariel Page is Ariel Page, and she’s always somebody that’s going to get it done underneath.”