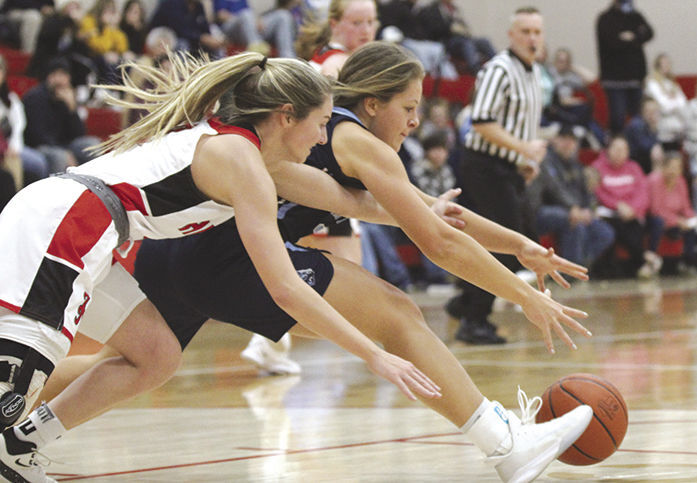 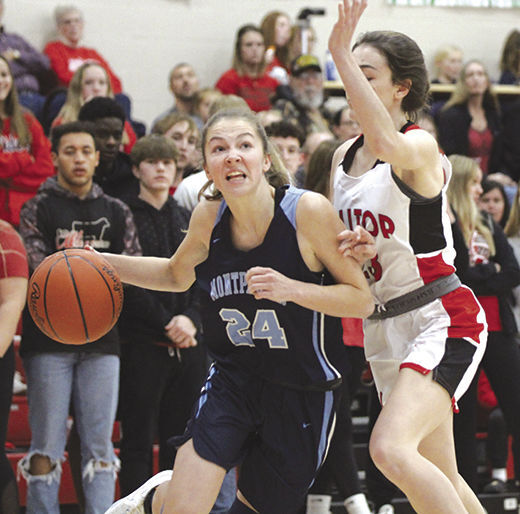 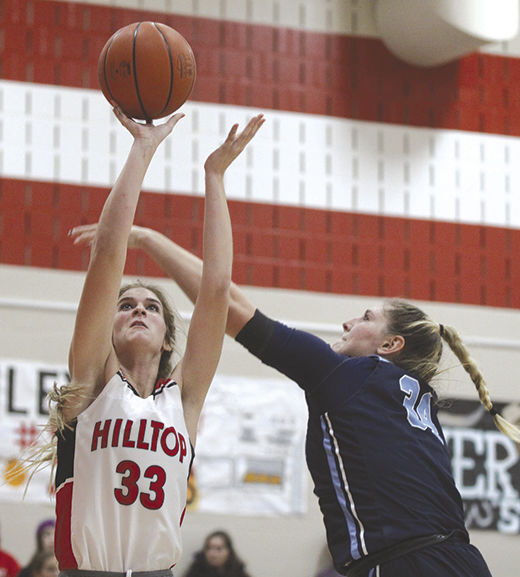 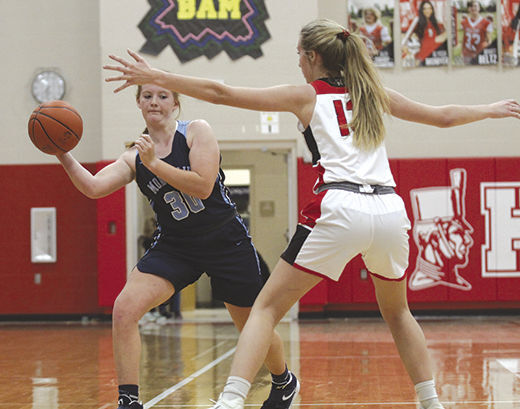 Seniors Ariel Page, Trinity Richmire and Chelsea McCord combined for 45 points and made numerous key plays down the stretch as Montpelier held off Hilltop 54-49 in a nonleague girls basketball game between the top two Buckeye Border Conference teams from last season.

“You’re best players have got to show up and play good in big ball games, and they did that, all three of them,” Montpelier coach Mike Bumb said. “We weren’t perfect tonight, first game we made some mistakes, turned the ball over more than what we would like to.

“But this was a very good basketball team, Hilltop’s very good. (They have) three 6-footers and they’re skilled, and they’re going to win a ton of games. So to come over here and get a win, I would have been happy with a half of a point win against Hilltop because they’re that good this year.”

Page, a 5-foot-10 forward and the defending BBC player of the year, racked up 19 points and 10 rebounds to lead the Locos. Richmire added 14 points, including 5-of-6 free throws, while McCord chipped in 12 points and nine boards.

Each player made huge plays after Hilltop tied the game early in the fourth quarter.

Page’s three-point play and Richmire’s two free throws on a one-and-one opportunity gave Montpelier a 45-40 lead with 5:52 left. Richmire’s baseline drive for a score made the score 49-42, and after Hilltop’s Leanna Baker responded with a bucket, McCord drove to the basket, made the shot and got fouled to push the lead back to seven.

“They’ve got some leaders over there and when we close the gap a little bit, they hit the big bucket,” Hilltop coach Troy Grime said. “They just one-upped us.”

Hilltop trimmed the lead to 51-47 with 35 seconds left after Libbie Baker found Leanna Baker for a bucket off a turnover.

Montpelier’s Mandy Taylor, though, responded with her lone points of the game as she sank two free throws to extend the lead to six.

“She was up there and very poised about that, and you can’t undervalue how important that was,” Bumb said. “Mandy’s one of those very strong kids, we’ve got her kind of in and out of maybe not her natural position because we’ve got two post players. So we want Ariel to get a lot of touches underneath and that kind of moves Mandy away, but she does a nice job for us tonight and gained a lot of experience and without those two free throws, who knows what would happen.”

Page had a steal on Hilltop’s next possession, and Richmire split two free throws to make it a three-possession game with 12 seconds left.

The Locos also had a 38-26 rebounding advantage.

“Very proud of all of our players,” Bumb said. “We have three kids with a lot of experience and nothing after that, so this was a great experience builder game for some of those supplemental parts. Hopefully that’ll bode well down the road.”

Jayma Bailey had six points and Lana Baker five rebounds for the Cadets.

“It’s a work in progress,” Grime said of his team’s defense. “We’ve got some seniors there, but some of them haven’t played for a couple years.

“We’ve got the freshman, Libbie, up there. We’ve got a few practices in, not as many as we would like obviously, but that’s not an excuse at all. Montpelier, hats off to them. Coach Bumb has them going and they’re league champs for the last two years for a reason.”

Montpelier used a 16-5 advantage in the first quarter to get the early lead. The Locos extended it to 22-9 midway through the second quarter before the Cadets closed the frame on a 15-7 run.

Hilltop’s lone lead came midway through the third quarter when Bailey buried a 3-pointer to make it 32-31, and Libbie Baker made a wild shot in the paint off a turnover to extend it to 34-31.

“I thought we’d make some runs, I thought they made some runs and that was the case,” Bumb said. “But they make things so difficult for you because of their length and their wingspan. So what do they do? They get a lot of deflections. How many times did we turn the ball over after rebounds, and we’re big. We’re not small, that’s how big they are and they would pounce on you and they did a nice job of trapping it right away. Our kids were trying to clear out and take a dribble, but they just couldn’t.”