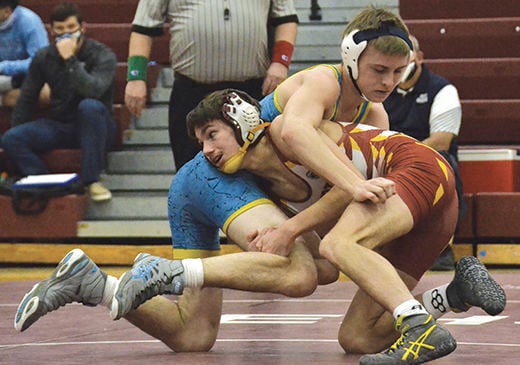 EDGERTON — Montpelier’s wrestling team went 1-1, while Edgerton went winless in a tri-meet with Ayersville on Tuesday at Edgerton High School.

The Locos’ Gavin Wurm (195), Ethan Pontious (220) and Landon Brigle (132) all lost their matches against Ayersville, but bounced back against Edgerton with wins by pins. Wurm won in 2:34 against Elijah Martin, Pontious in 3:04 over Justin Huffman and Brigle in 27 seconds versus Raymond Barlow.