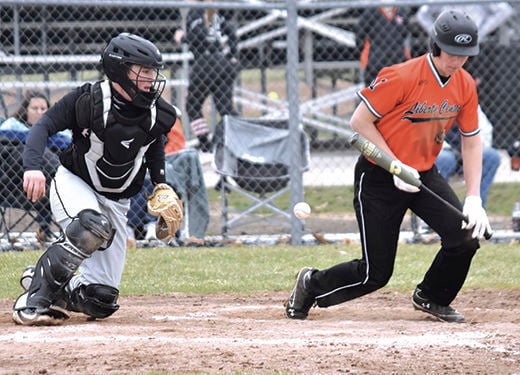 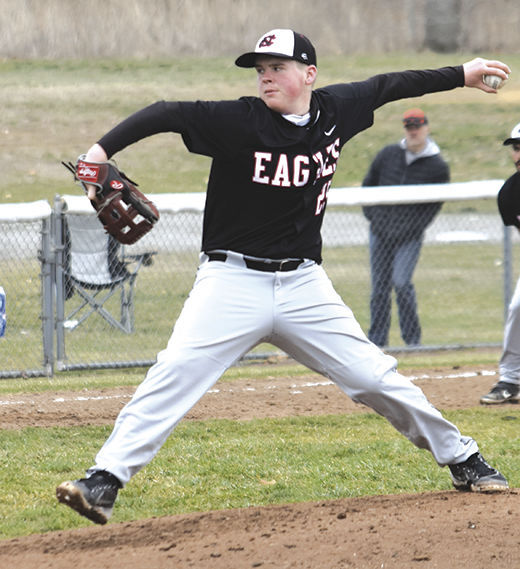 LIBERTY CENTER — North Central baseball coach Eric Smeltzer learned plenty about his team Saturday after not having a game in nearly two years.

The Eagles battled through the highs and lows and earned two opposite results, a 10-2 win and a 13-3 loss in five innings against Liberty Center in a nonleague doubleheader at B.A. Miller Field.

“We never want to lose, but we came out here today, getting a split is a great step,” Smeltzer said, noting league games starting Tuesday. “We’re missing a couple upperclassmen that are on vacation because of spring break, so we were missing some pitching arms. I think we noticed that a little more in the second game; sometimes a pitcher doesn’t have it.

“The 10-2 win, the first game, we couldn’t have asked for a better start to the season.”

Hicks got the start and went five innings with two earned runs allowed, on four hits and three walks with nine strikeouts.

“He started really solid there in the beginning,” Smeltzer said of Hicks. “It’s early in the year. Their arms are not where it needs to be towards the end for them to throw all seven innings; we could see he was getting a little tired towards the fifth inning.

“He was in a groove there, throwing well. It was a good thing to see because he’s definitely going to be a big part of our run for the league and making a tournament run.”

The Eagles scored two runs in both the first and third innings, had solo tallies in the second and fifth innings, and broke the game open with the final four runs in the sixth after Liberty Center chipped within 6-2.

Offensively for North Central, Kaiden Russell doubled, singled and drove in three runs; Quin Burt and Ben Turner had a single and an RBI apiece; and Brandon Baker (0 for 2) knocked in three runs.

North Central had seven hits in the first game, and one more in the second game, but less offensive success.

LC starter and soft-tosser Carter Dickman kept the Eagles off balance. He struck out five batters and walked one in allowing one run on four hits in four innings.

“For some reason, he was slower and we could not stay back and let the ball travel,” Smeltzer said.

Hicks had a single and two RBIs in the second game, while Turner also had an RBI single.

North Central ran through four pitchers in game two, neither lasting more than two innings. Liberty Center, largely, manufactured its own offense for 10 earned runs on 13 hits and five walks.

Beard relieved Gendron, but was knocked out of the game on a comebacker off his leg after one inning. Smeltzer said Gendron was fine and running following the game.