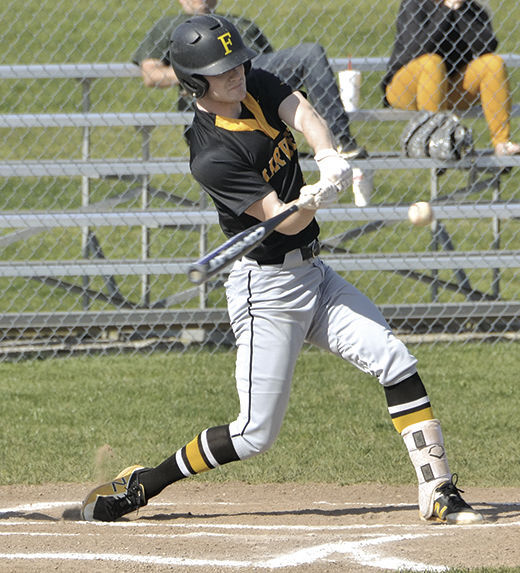 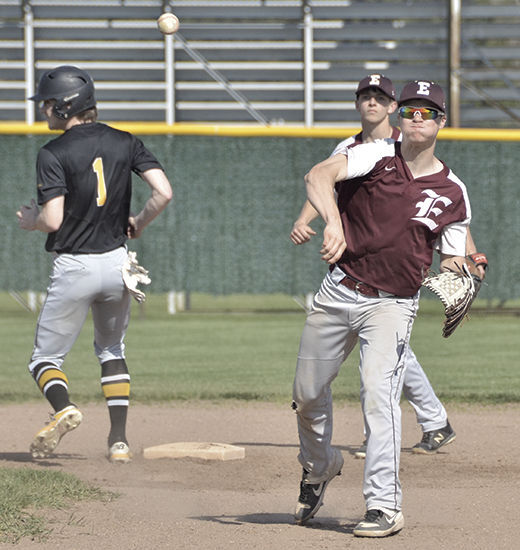 EDGERTON — Fairview’s Caleb Frank couldn’t be stopped at the plate against Edgerton.

The senior smashed a homer, two singles, drove in four runs, scored three times and drew a walk to help give the Apaches a 10-2 Green Meadows Conference baseball win over the Bulldogs on Tuesday at Bob Peverly Field in Edgerton.

Jackson Grine got the win on the mound. The sophomore righty tossed four innings and fired six strikeouts and allowed five hits, three walks and one run (earned). Nathaniel Adkins contributed two innings of relief and struck out five and allowed three hits, one run (unearned) and one walk. Frank pitched the seventh inning and had three straight strikeouts.

Warren Nichols had a first-inning triple and fifth-inning double for Edgerton (8-11, 1-5 GMC). Noah Landel slapped two singles, while Gannon Ripke had the Bulldogs’ lone RBI. Jordan Warner (single) and Troy Wolfe each crossed the plate once.

Creed Muehlfeld got the loss on the mound. He tossed three innings and allowed eight hits, five runs (three earned) and three walks.

Zack Hayes pitched a complete game for North Central (9-7, 6-1 BBC). The junior lefty fanned eight and allowed four hits, two runs (both earned), one walk and hit a batter. He also had an RBI.

Ethan Varney singled, scored once, drew a walk and drove in a run for the Cadets (3-14, 3-4 BBC). Thomas McCoy also had an RBI.

Chase Whitman got the loss on the mound. He threw 3 2/3 innings and allowed nine hits, 11 runs (all earned), three walks and hit a batter. He also struck out two.

The Eagles totaled 13 hits and committed two errors, while Hilltop had five hits and one error.

STRYKER — Konnor Prince pitched a complete-game shutout for Edon to help the Bombers get a 10-0 Buckeye Border Conference six-inning win over Stryker on Tuesday at Stryker Athletic Complex.

Prince also only allowed three walks and totaled seven strikeouts for the Bombers (3-14, 3-5 BBC). He also singled, drove in two runs and walked twice at the plate.