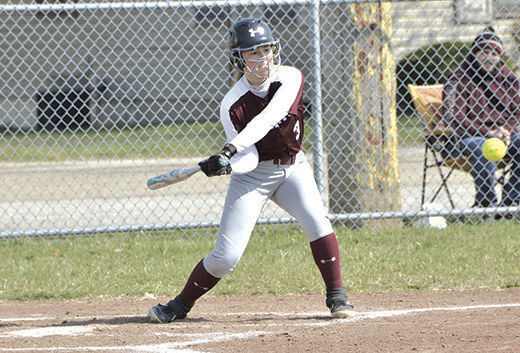 Edgerton’s Avrey DeGryse swings at a pitch from Liberty Center’s Reese Kessler (not pictured) during the first game of Saturday’s nonleague softball doubleheader in Edgerton. 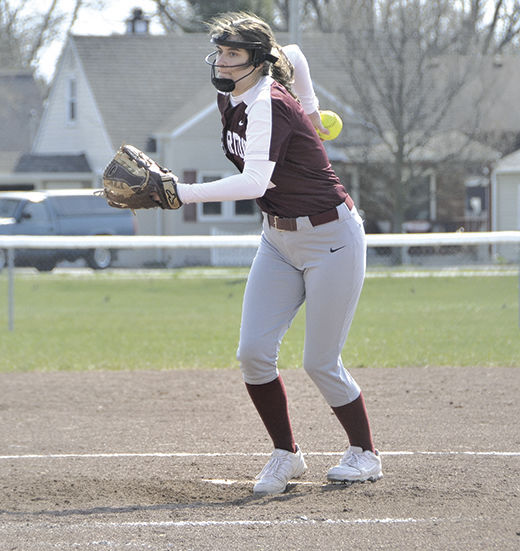 Edgerton’s Ashlyn Sleesman winds up during the first game of Saturday’s nonleague softball doubleheader against Liberty Center in Edgerton.

Edgerton’s Avrey DeGryse swings at a pitch from Liberty Center’s Reese Kessler (not pictured) during the first game of Saturday’s nonleague softball doubleheader in Edgerton.

Edgerton’s Ashlyn Sleesman winds up during the first game of Saturday’s nonleague softball doubleheader against Liberty Center in Edgerton.

EDGERTON — Edgerton’s softball team totaled 19 hits, but the Bulldogs had trouble bringing runners home in dropping a pair of nonleague games to Liberty Center on Saturday at Edgerton.

Liberty Center used a three-run top of the seventh inning to post a 5-4 win in the first game. The Tigers kept that going with a three-run first to open the second game en route to a 5-3 victory.

Allison Elliott had four total hits to lead Edgerton (2-4), including three in the first game. Ashlyn Sleesman had three singles, while Rylei Moreno and Noelle Ritter doubled and singled. Dominique Fort and Avrey DeGryse also had a pair of hits.

Samantha Engler smacked a home run in the first game and added a single in the second to lead Liberty Center. Bea Barrett hit three singles in the second game, while Michaela Jeffers doubled in the opener.

The Tigers had just three hits in the first game and six in the second, but took advantage of 10 walks and five Edgerton errors.

The Cadets got two five-inning nonleague run-rule wins against the Eagles, winning the first game 11-1 and taking the second 15-2 at Fremont High School.

Kodi Brenner picked up the first-game win in the circle for Hilltop (4-1), pitching a complete game and striking out 11 batters while allowing only hit, run and walk. She also had two home runs, three RBIs and scored twice in each game while going 3-of-5 overall.

Kacy Connolly added a homer and four RBIs in the second game, while Sara Barnum had two RBIs in the first contest.