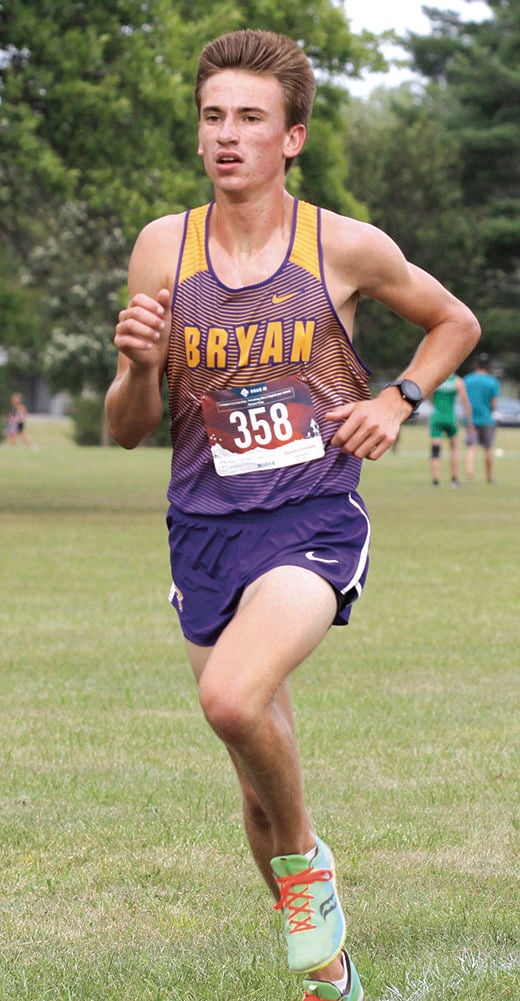 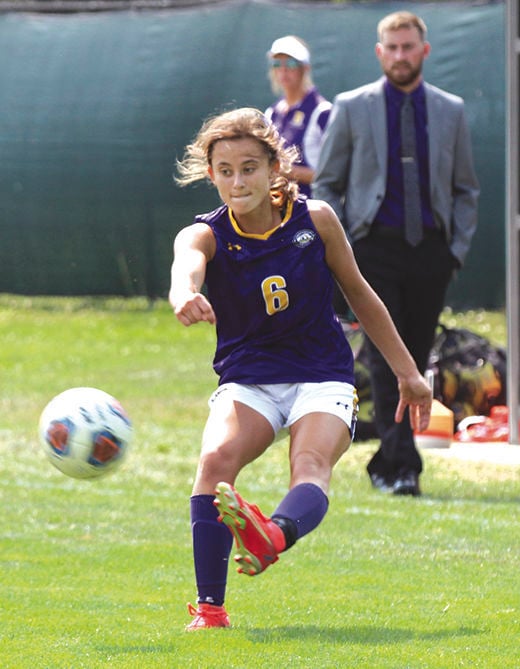 Bryan’s Delilah Taylor (6) passes the ball toward the middle of the field during the Golden Bears’ girls soccer match against Springfield on Sept. 11 at Recreation Park.

Bryan’s Delilah Taylor (6) passes the ball toward the middle of the field during the Golden Bears’ girls soccer match against Springfield on Sept. 11 at Recreation Park.

Delilah and Joshuah Taylor always pushed each other growing up, and that friendly competition has resulted in an enormous amount of success athletically and academically at Bryan High School.

“We were always into sports and we basically played the same sports our entire youth,” said Delilah, the older of the two Bryan senior twins by 30 minutes. “I remember I played baseball with him until I basically couldn’t and I had to go to softball. I just remember every day after school we’d come home, do our homework, and we’d go outside and just throw the football or just run around and have fun.

“Basically all of our youth is just competitiveness. We just would race up the stairs and just do small things like that, and everything was a competition.”

Whether it’s on the field, court, track or in the classroom, Delilah and Joshuah Taylor have made a big impact at Bryan. The twins, who both have a 4.0 GPA, have been key components to numerous successful Golden Bears’ athletic programs.

Delilah has been a critical part of Bryan’s girls soccer team (15-0-1 record) that has not lost a match so far this season. She was also a key player for the Golden Bears’ girls basketball team (19-4) that has won back-to-back Northwest Ohio Athletic League titles and finished as Division II district runner-up last season.

“All I can say is it’s really fun. It makes me enjoy the season,” she said. “I remember the first few years of high school, we struggled in some of our sports and that’s hard. As a group of girls, it’s hard to stay positive and stay together.

“But when you have good team chemistry and you’re good, it’s really fun. I guess what I’ve learned is you have to know your position. I feel like in all of those sports teams, we just know where we are on the team and we know our role, and it just comes together as one and that’s how we’re so successful.”

Joshuah’s success has been eye-popping as well.

The Golden Bears’ distance standout earned all-Ohio honors in cross country a year ago and is a two-time OHSAA Division II state qualifier. He has won six of his eight races so far this season and has broken the school record multiple times; his top mark of 15:31.52 came at the Columbus Grove Invitational on Sept. 4.

“With running, it’s just been me pushing against myself and just pushing myself to be the best,” he said. “I always had the mindset of don’t settle. Don’t sell yourself short and especially this year, I know that I am one of the best out there and everyone else has to (catch up).

“... I saw this quote, it said like ‘If you want to be first, you have to train like you’re No. 2’ or something. So in my mind, I need to still get better and I need to get better times. But if I have the mindset that ‘Oh, I’m the best,’ then I won’t get better.”

Delilah and Joshuah are also in National Honor Society, Fellowship of Christian Athletes and Interact. They are also involved in the youth group at St. Patrick Catholic Church in Bryan, and Joshuah helps out with Bryan Awakening.

“I think it just really puts yourself out there in the community and it helps you as a character grow,” Joshuah said about being involved in numerous activities. “It’s nice to have people come up to you at all of these different groups and events and congratulate you and just talk to you about everything because they just know a lot about you.”

After high school, Delilah said she is planning on attending a small college and studying physical therapy. Joshuah said he wants to run cross country and track competitively in college and study construction management.

Before then, though, they want to continue their success in the community.

“I love it here. I don’t know any other experience with any other school, but I wouldn’t change it and I almost want to just come back and raise my kids in Bryan because it’s been a great experience,” Delilah said. “The community is so supportive, the school system’s great and I’ve made so many friends and memories. I’ve had a really good high school experience.”

Added Bryan athletic director Chad Savage: “I’ve been fortunate to know Joshuah and Delilah for the better part of almost 10 years. They’ve been the foundation of multiple programs for the last several years... They’re great athletes but they’re even better young people.

“Their futures are so bright. We’re still looking forward to just watching to see how their senior year finishes and where they set themselves up for the future.”