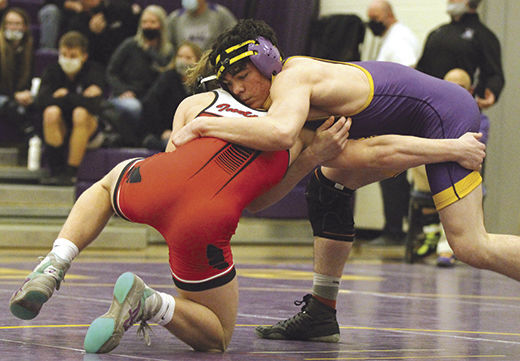 Bryan’s Aiden Fenter (right) tries to get control of his 138-pound match against Montpelier’s Jordan Fry during a wrestling dual on Jan. 12 at Bryan High School. 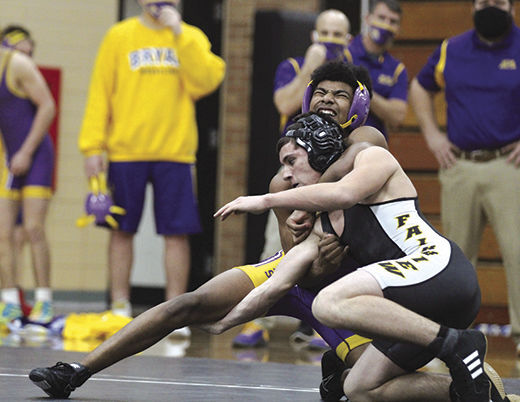 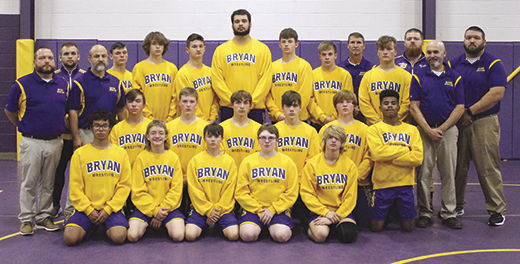 Bryan’s Aiden Fenter (right) tries to get control of his 138-pound match against Montpelier’s Jordan Fry during a wrestling dual on Jan. 12 at Bryan High School.

Bryan wrestling coach Matt Dominique has a couple big losses from the 2020-21 season that he will need to replace.

But the Golden Bears’ mentor has plenty of talent to work with coming back.

Seven letterwinners, including Division II district qualifier Malachi Collins, will look to lead Bryan as the Golden Bears feature a solid blend of experience and youth.

Collins (165-175 pounds), a junior and two-year letterwinner, reached the 170-pound bracket of the Division II district tournament at Norwalk a year ago. He went 1-2 at the meet to cap off the season with a 26-10 record, which included a fourth-place finish at sectionals.

Dylan McCandless, a three-time district qualifier and 2021 state alternate, finished fifth at 195 pounds at Norwalk to cap off the season with a 41-11 record. He went 40-9 as a junior and was sixth at 182 pounds in the 2019 district tournament.

The Golden Bears will also have to replace two-time district heavyweight qualifier Christian Hollister, who went 29-12 a year ago.