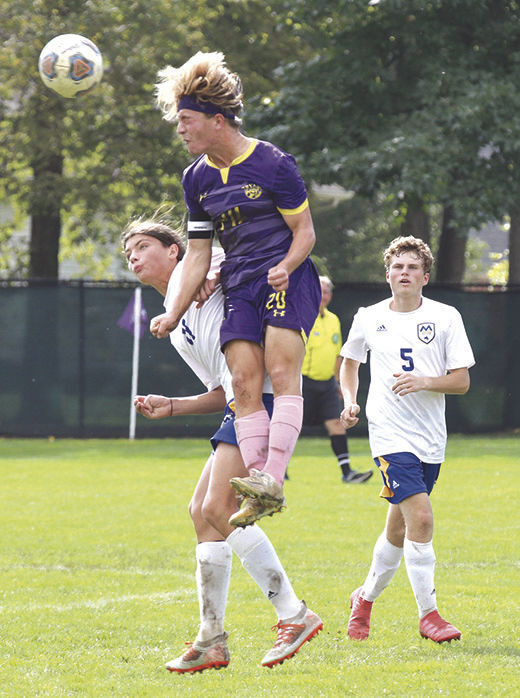 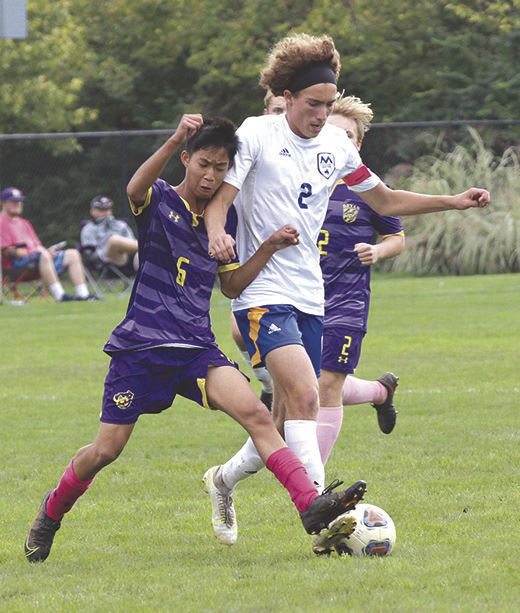 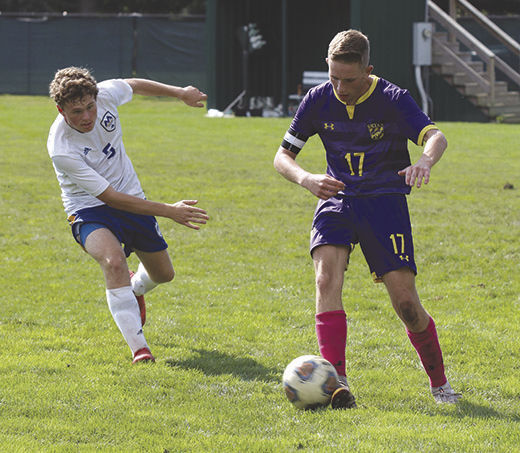 St. Marys Memorial scored five goals in the first 15 minutes and cruised to a 9-0 nonleague boys soccer win over Bryan on Saturday at Recreation Park.

Quinn Holtzapple and Joey Vanderhorst both had two goals for the Roughriders, who had six players score.

Holtzapple found A.J. Dieringer for a goal with 34:23 left in the first half for the Roughriders’ first goal. Wyatt Chapman and Kyle Steininger both added goals shortly after, and St. Marys Memorial scored on an own goal when Steininger’s shot deflected off a Bryan player and into the net.

Vanderhorst’s laser from well outside the box made it 5-0 St. Marys Memorial with 25:25 left in the opening half, and Holtzapple’s blast from outside the box found the top of the net for a 6-0 advantage with 12:29 remaining.

Vanderhorst and Holtzapple both scored on long free kicks in the second half, and Marcus McClain added a goal as well.

St. Marys Memorial had a 15-4 advantage in shots on goal. Cayden Ballweg made four saves in goal for the Roughriders, while Dom Malanga had six saves for the Golden Bears.

Bryan will try to bounce back at 5 p.m. Tuesday at Wauseon in its Northwest Ohio Athletic League finale.