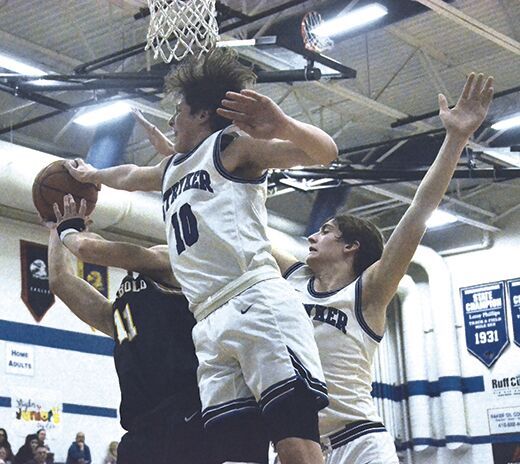 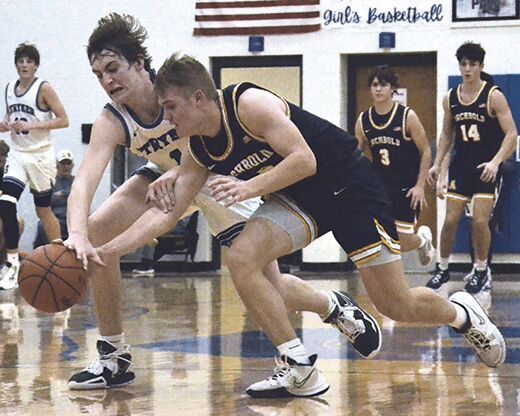 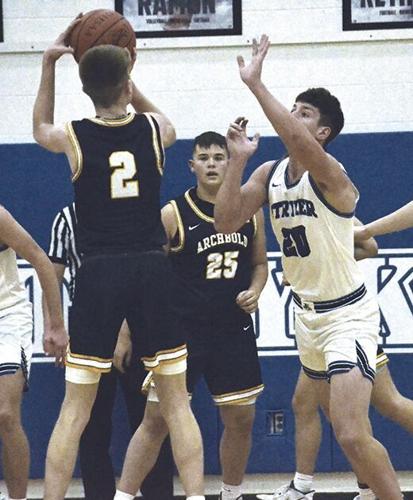 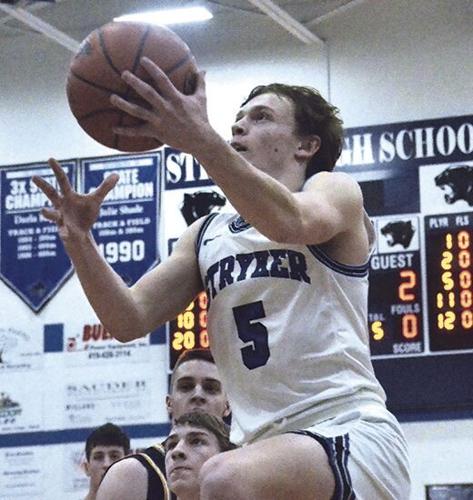 Stryker made a late second-quarter run and carried that momentum into the third quarter, stretching its lead to 17 points entering the final eight minutes. The Bluestreaks dropped 17 points of their own and forced nine turnovers in the fourth frame, but it wasn’t enough as the Panthers secured a 51-45 nonconference win on Tuesday at Stryker High School.

“Proud of our defensive effort in the second half — held (Archbold’s Cade) Brenner to five points I think in the second half,” said Stryker coach Tyler Woolace, whose team has won six of its last seven games. “(Archbold is) a well-coached team. They’re not playing as well as they want right now, but they’re talented. They’re going to do really good things in the future and I’m proud that we were able to get this win for our community and for the players.

“The players deserve this. They’ve worked so hard and I’m just so happy for my players, the way that they act out here and the way they stepped up.”

In a game with 18 combined 3-pointers made (Stryker made 7 of 16, Archbold was 11 of 30), a 3 from Michael Donovan in the second quarter and perfect shooting from beyond the arc in the third propelled Stryker (9-7) to a big lead.

That offensive and defensive momentum started right back up in the second half. Stryker outscored the Bluestreaks 17-3 in the third frame and took a 45-28 advantage into the fourth quarter.

Levi Barnum converted a layup, Daniel Donovan knocked down two 3s — one from each corner — Jacob Cadwell buried a 3 from the left corner and Gavin LaBo made a layup with 6.7 seconds left to cap off the quarter for the Panthers, who limited Archbold to 1-of-11 shooting in the third.

It was a quarter that also highlighted Stryker’s inside-out offense, which finished a scorching 54 percent (21 of 39) shooting overall on the night and 3 of 3 from beyond the arc in the third frame.

“If we don’t go inside-outside, we’re a one-dimensional team and that’s not good,” Woolace said. “We’re big and we need to use that inside presence, and we did a good job of that. And give credit to Big E (Elijah Juillard) and Levi for kicking the ball out and finding the shooters. They did a good job.”

“If I can get the ball, I can look opposite and hit my teammate for a shot — and they’re all good shooters, so they’ll be able to hit it. So, it works out in our favor,” said Juillard, a 6-foot-6 senior who tallied a double-double with 11 points and 14 rebounds off the bench.

Despite the Panthers limiting the Bluestreaks to 28 percent (15 of 53) from the floor, Archbold still fought back and made it close late in the contest.

Evan Wendt buried two 3s, Brenner bucketed a layup, Chase Miller made two free throws and Jayden Seiler sunk 1-of-2 free throws and a 3-pointer to cut it to 49-42 Stryker with 40.6 seconds left.

Donovan, who tallied a game-high 19 points with four rebounds and two blocks, scored a layup shortly after Seiler’s 3 with 36.2 seconds to go and extended the Panthers’ edge to 51-42.

Brenner, who also finished with a game-high 19 points with four boards and two steals, rattled in a 3 about 10 seconds later to give the game its final score.

Brenner’s 3-point shooting also helped give the Bluestreaks an edge through one quarter. The 6-2 junior nailed three of his five 3s and dropped 11 points in the first eight minutes to help put Archbold up 16-14 entering the second frame.

Seiler finished with 10 points and four rebounds, while Wendt had nine points (all in second half) and five rebounds. Archbold committed nine turnovers and forced 13.

“We’re not going to quit. We’ve got competitive kids,” Archbold coach Joe Frank said. “We just didn’t play with urgency the first three quarters. Give credit to (Stryker). They made every play they needed to and the better team won tonight.”

Michael Donovan scored eight of his nine points in the first half and Cadwell finished with five points. Stryker held a 31-26 rebounding edge.