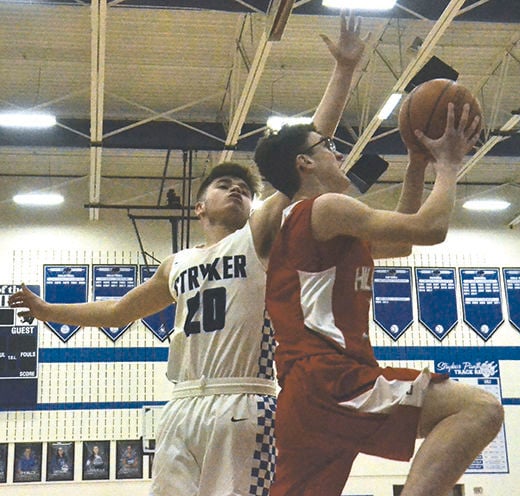 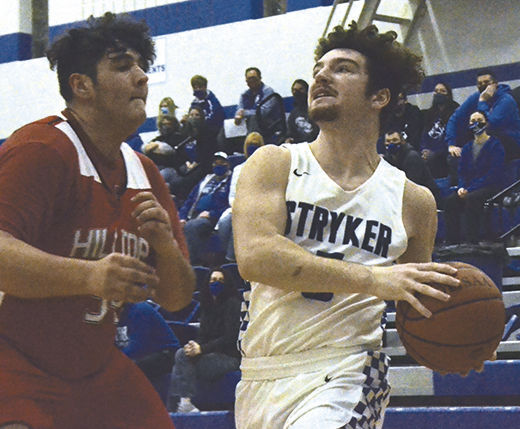 The Panthers shot 54 percent from the floor (19 of 35), with all 10 players scoring, and gave themselves a 58-17 Buckeye Border Conference boys basketball win — their first of the season — over Hilltop on Wednesday at Stryker High School.

“It feels good because this was my first game too — I didn’t get to coach (our) first two games,” said Stryker coach Tyler Woolace, who was in quarantine for COVID-19 precautions during those contests. “It was fun to get in there and it was fun to see all the kids contribute.

“I had 10 (players), and I was excited to see all 10 of them contribute and do a really good job tonight.”

“They contributed, they just didn’t play,” Tyler Woolace said. “And that’s one of the positive things — when they got in, they contributed. There was no letdown in the game and that was great. We have four guys out right now that we would normally have.

“A lot of people stepped up and played really, really well and that’s big for a team, especially this year. You don’t know (who you’re going to have) week-to-week, day-to-day... (for example) Jacob Cadwell is a freshman, came in and played a heck of a game for me. That’s what you need, next man up. And this year is really important to have that.”

Tucker Beres had a team-high seven points for Hilltop (0-8, 0-6). Ian Hoffman and Brennon Carter each had four points, while Carson Jennings dropped a layup to complete the Cadets’ scoring.

“We didn’t show up,” Hilltop coach Bill Williams said. “We just didn’t handle the pressure very well and never got in a rhythm.”

In the remaining 3:05, Cadwell and Holsopple each nailed a 3 and Liechty two free throws to give the Panthers a 32-7 halftime lead. Beres got the lone points for the Cadets — a 3-pointer — in that span as well, while Stryker shot 7 of 12 from the floor in the second frame and forced five Hilltop turnovers.

“Joe started hitting his shots because he got open. We were in transition ... and then we also went down low. If we can get it to Teyvon and Levi down low, good things happen, and I saw that tonight — in the second quarter, especially.”

The Panthers rode the momentum of the first half into the second. They outscored Hilltop 14-6 in the third quarter and 12-4 in the fourth to secure the win.

“I’m proud of them, proud of their defense and they boxed out well,” Woolace said. “That was an emphasis too. And I thought they did a very good job of that, in our big guys of Teyvon and Levi and Amos. They all played well, and thanks to those guys.”