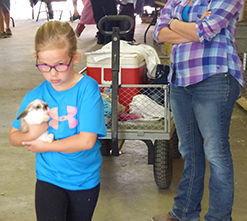 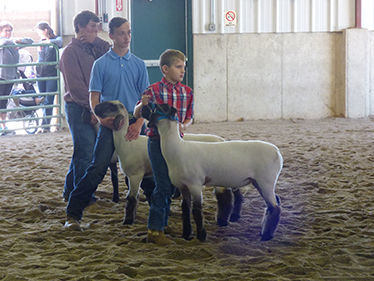 Participants wait to show their animals during the 4-H goat show at the 2019 Williams County Fair. Despite the announcement Thursday that the Ohio State Fair is canceled, local fair organizers say they are still planning to hold the fair in September. 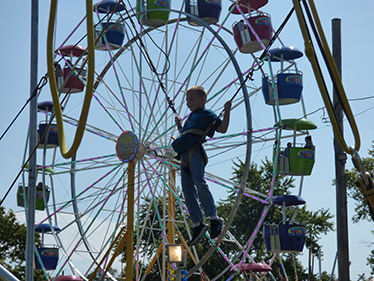 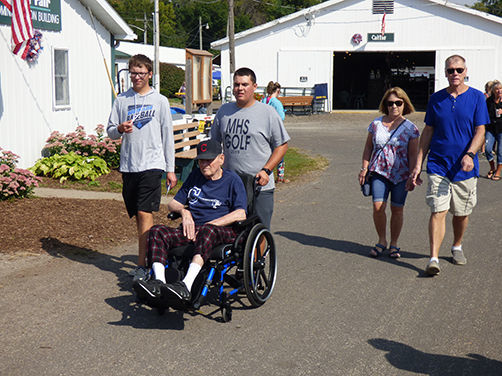 Participants wait to show their animals during the 4-H goat show at the 2019 Williams County Fair. Despite the announcement Thursday that the Ohio State Fair is canceled, local fair organizers say they are still planning to hold the fair in September.

There may be a Williams County Fair in September. But there will be no Ohio State Fair this year.

The Ohio Expositions Commission announced Thursday that it has canceled the 2020 Ohio State Fair, originally scheduled for July 29 to Aug. 9, in Columbus.

The commission cited concerns for public health, as well as the financial feasibility of hosting a fair that would adhere to social distancing protocols and its impact on the long-term viability of the Ohio State Fair.

“After careful thought and deliberation, we have decided to cancel the Ohio State Fair. Knowing how easily the virus spreads in large groups, we believe it is the safest path forward for the health and safety of all Ohioans.” said Andy Doehrel, chair of the Ohio Expositions Commission. “The financial ramifications of hosting a reduced-capacity fair would be too great, and we need to protect the Ohio State Fair for future generations.”

Matt Kennedy, president of the Williams County Agricultural Society (fair board) said Thursday no decision has yet been made in regards to the county fair, which is scheduled for Sept. 12-19.

“We’re still on right now. Our big concern is if the state or the county health departments are going to come down with some guidelines (for social distancing or other protocols) that would make it (problematic), or if they’re flat-out going to tell us no,” said Kennedy.

Kennedy said not staging the fair would be a major hit to the non-profit fair board’s bottom line, which has already suffered from reduced revenues from building rentals.

He did note the fair board has been considering the financial viability of staging a junior fair only — with very few vendors and without amusement rides, featured musical acts and other events — to give 4-H and other youth the opportunity to at least show their animals and experience some elements of the fair. However, that would still cost the fair board an estimated $100,000 — for utilities, service contracts, liability insurance, judges and premiums/prizes — with virtually no revenue generation, Kennedy said.

The fair board was scheduled for its monthly meeting via conference call Thursday evening.

Virgil Strickler, general manager of the Ohio Expo Center & State Fair, said the safety of the thousands of people involved in the Ohio State Fair each year is the priority.

“While this is a difficult decision, we feel it is necessary to protect the fairgoers, exhibitors, volunteers, vendors, partners, performers, concessionaires, youth leaders, employees and sponsors,” Strickler said. “I look forward to seeing my fellow Ohioans at the 2021 Ohio State Fair, when it is safer for us to enjoy our favorite traditions together.”

In 2019, 934,925 people attended the Ohio State Fair during its 12-day run. These attendees came from each of Ohio’s 88 counties, all 50 states, the District of Columbia, Canada and Mexico.

The Williams County Fair has drawn around 60,000 in attendance for the past several years.

The Ohio Expositions Commission said it is focused on developing a strategy to responsibly reopen its year-round facilities when appropriate, and to welcome guests back for the 2021 Ohio State Fair, scheduled for July 28 through Aug. 8.

Friday, State Sen. Rob McColley and State Rep. Jim Hoops weighed in on the topic of COVID-19 and fairs and large gatherings at a legislative roundtable with Williams County leaders hosted by the Williams County Economic Development Council.

“We’ll see if the state fair (cancellation) has a domino effect with the counties,” Hoops said. “A lot of fairs have said, ‘Let’s just do the junior fair.’ But unfortunately, by just doing that, we’ve been told a lot of the county fairs will go broke (due to the cost of junior fair and lost revenue from a potentially canceled larger fair event).”

Hoops said two legislative committees, one at the House level and one at the governor’s office level, are currently examining the fair issue specifically.

Both legislators expressed optimism about summer activities, especially in light of recent rulings such as the state’s permission for banquet and catering halls to allow up to 300 socially distanced occupants beginning June 1.

“I do think there’s movement in the right direction,” said McColley. “I don’t know what the next stage will be. I think we’ll see a gradual incline up to that, moving up to 25 or 100. That’s completely speculation my part.”

During the roundtable, a local official inquired as to whether geography and virus proliferation, or lack thereof in a given area, might be taken into account moving forward.

That contrasts significantly with numbers in urban centers.

“The state is different in all the areas. It’s been discussed, but there really isn’t anything in legislative language that would deal specifically with that purpose,” said Hoops.

McColley said on more than one occasion he has asked the governor to consider having less-affected communities, like Williams and Henry counties, open up sooner than those that have more COVID-19 cases.

“He’s been unwilling to do it,” said McColley. “He’d rather have a statewide standard that’s the same in Cleveland as it is in Bryan, Ohio.”

Protester's message for looters: Something is wrong with you

Video shows George Floyd protests in major cities across the US