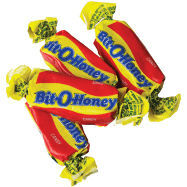 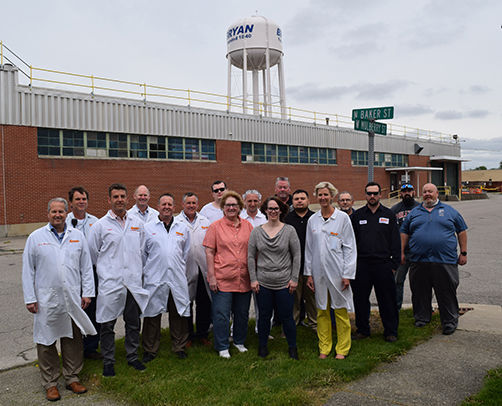 A new campus, a new brand, an act of Congress and an approved union contract have paved the way for more candy production and ultimately new jobs for Spangler Candy Company in Bryan next year.

The equipment to manufacture Bit-O-Honey, the candy brand purchased by Spangler in November, should be moved sometime in the first half of 2022 from its current home in St Paul, Minnesota, to the Spangler West Campus, formerly known as New Era Ohio.

“There is a lot of work to be done before Bit-O-Honey can officially move to Bryan,” said Kirk Vashaw, Spangler CEO. “Still, we are very excited to begin the process.

“With the many challenges we have all faced in the past year, we are excited for this opportunity to add more jobs to Bryan and provide a boost to our local economy,” Vashaw added. The company anticipates adding about 40 new jobs for the Bit-O-Honey operation.

Spangler Teamsters Local 20 employees also voiced their support of Bit-O-Honey’s move to Bryan through the ratification of a new contract agreement through February 2025 which covers the West Campus facility.

“Spangler Candy Company is very pleased to have reached this agreement with Teamsters Local 20,” said Bill Martin, Spangler president. “This new contract sets policies and procedures as well as wages and benefits in place to allow a smooth transition as we integrate the new Bit-O-Honey operation.”

During the next year, Spangler will make extensive renovations to upgrade and bring the Spangler West Campus buildings to production-ready, food-grade standards.

Bit-O-Honey first appeared in 1924 — the same year as Spangler’s iconic Dum-Dum suckers — made by the Schutter-Johnson Company of Chicago. Bit-O-Honey is known for its soft, taffy texture and its real roasted almonds and honey ingredients.

Bit-O-Honey endured a variety of ownership changes between 1969 and 1983, when it was brought under the umbrella of the Nestle Company. In 2013, Nestle sold Bit-O-Honey to Pearson’s Candy Company of Saint Paul, Minnesota, which sold the brand to Spangler this past November.

The opportunity to move Bit-O-Honey to Bryan also was advanced by the resolution of the multi-employer pension plan crisis, which was addressed as part of the government’s American Rescue Plan Act (ARPA), approved by Congress in March.

“The multi-employer pension crisis has been a roadblock to any expansion at Spangler for several years,” said Martin. “The Bit-O-Honey move will help our employees, our company and our community in a big way.”

Spangler Candy Company has been family-owned and operated in Bryan since 1906. Under its Dum-Dums flagship, it is one of the largest lollipop producers in the world and the only major candy cane producer in the U.S. Other products include Saf-T-Pops, Spangler Circus Peanuts, Sweethearts, Necco Wafers and Canada Mints.

Grocery clerk killed after asking shopper to pull up his mask

Fiona Hill on 2018 Helsinki summit: Mortifying and humiliating for the country