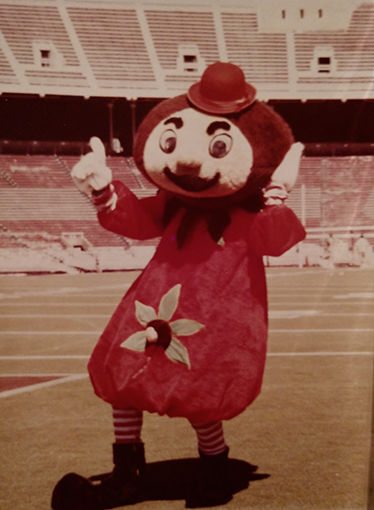 Mary Burnett Brown appears in costume during her days as the Ohio State Buckeyes’ mascot, Brutus. 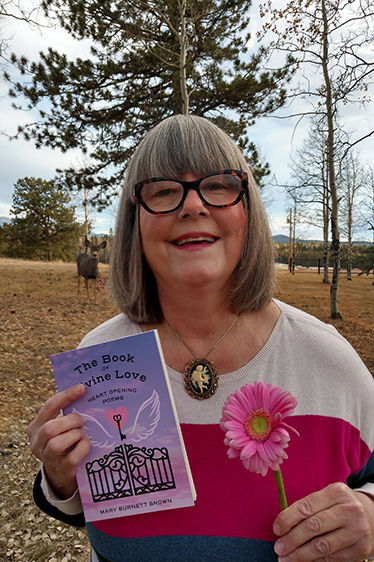 Bryan High School graduate Mary Burnett Brown poses for a photo with a copy of her book of poetry, “The Book of Divine Love: Heart Opening Poems.” 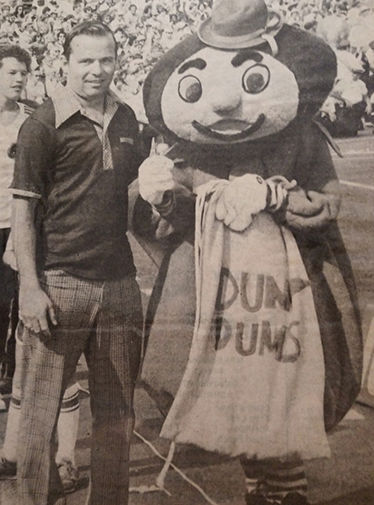 Mary Burnett Brown appears in costume during her days as the Ohio State Buckeyes’ mascot, Brutus.

Bryan High School graduate Mary Burnett Brown poses for a photo with a copy of her book of poetry, “The Book of Divine Love: Heart Opening Poems.”

Bryan High School graduate Mary Burnett Brown has worn many hats in her life — including some made of felt in front of thousands of screaming fans, and others worn thousands of feet in the air.

And now she’s bracing for a new kind of adventure — the written word.

Her self-published “The Book of Divine Love: Heart Opening Poems,” is available now on Amazon and wherever books are sold.

“I would call myself a mystical poet who captures spiritual love through poetry,” Brown said, adding, “This collection is like a key that opens your heart to deep spiritual wisdom.”

Until fairly recently, she didn’t have much of an interest in writing. But that’s perhaps not surprising considering the full and interesting life she’s led.

Brown moved with her family to Bryan in 1975, her freshman year of high school. She participated in basketball and track but her most notable extracurricular activity turned out to be her role as Sure-win, the Bryan Golden Bears mascot.

After graduating from BHS in 1979, she went to college at Ohio State University.

One day on campus, she was reading through The Lantern, OSU’s student newspaper, which had a large article about the new costume for Brutus, the Buckeyes’ mascot, which would be used for the upcoming season, as well as an open call for anyone who’d like to audition to be Brutus.

“I thought, I need to try out for this,” Brown said.

She said she nailed the tryout thanks in part to two factors. She worked with some members of the cheerleading squad who were also her sorority sisters in Pi Beta Phi to come up with a dance Brutus could do when the marching band gave its traditional performance of “Hang On Sloopy.”

Her basketball experience also helped her land the gig.

“At the tryout they wanted us to do a basketball routine and I could twirl the ball on my finger and dribble between my legs,” she said.

Out of the 40 or so people at the initial tryout meeting, Brown was selected to be Brutus for the 1981-82 football and basketball seasons. She was the second out of only three females who’ve performed as the iconic big-headed Buckeye icon.

Interestingly, the Brutus costume developed for that season was created by Bryanite Donna Burns, who was an Ohio State alumna.

“I used to love game day,” Brown recalled. “The cheerleaders would meet across from the stadium and get warmed up.

“We’d go across the street and into the horseshoe (Ohio Stadium). It was Brutus, then the cheerleaders, then the band. So I’d be the first to run across the field and 95,000 people would stand up and cheer.”

Brown graduated from OSU in 1983 with a bachelor’s degree in physical education. But by that time she already had a job lined up in a much different field.

By then, her parents had moved from Bryan to Fort Worth, Texas. And an acquaintance of their’s happened to mention that American Airlines, which is headquartered in that area, was hiring flight attendants, and encouraged Brown to apply.

“I said, ‘That sounds kind of exciting,’” she recalled.

Fast forward to the present, where Brown is now in her 38th year with American Airlines, in a job that’s allowed her to see most of the country and, in the past few years, parts of the world.

Asked if there was a particular moment that she especially treasures from her career in the skies, she told about one particular flight in 2014, from Austin to Los Angeles.

Chris Martin, the lead singer of rock band Coldplay, was flying to LA, having just headlined the South by Southwest music festival.

“I thought, ‘I like this guy already,’” Brown said.

The two shared pleasantries and a hug before Martin gifted her his button. Though she didn’t listen to much Coldplay before then, she said she seems to hear the band’s songs more often now in the regular course of her life.

Brown describes herself as “a seeker of spirit.” That pursuit led her to read works by renowned authors Agapi Stassinopoulos (“Unbinding the Heart”) and Julia Cameron (“The Author’s Heart”), both of whom she credits for prompting her journey into writing.

In fact, she was following an exercise lauded by Cameron — put pen to page in the morning and write three pages with little forethought and no critiquing — when she realized her own latent talent.

“What was coming out was beautiful spiritual poetry,” she said.

Brown, who now resides in the Colorado Springs area with her husband Tom and two cats, hopes her words will help readers find peace and happiness.

For more information about Brown, her poetry and her life, as well as links to her social media accounts and more, visit maryburnettbrown.com.

An abused boy is saved by a note from a waitress

Where do Ivanka Trump and Jared Kushner go from here?