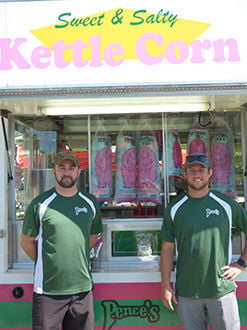 Austin Partee, left, and Tyler Wildenberg chased off an armed suspect after an attempted robbery late Saturday afternoon at the Pence’s concession stands at West Mulberry and Lynn streets in Bryan. Neither employee knew the man was armed until he fired a single shot at them that missed. The suspect crashed his car and was arrested. 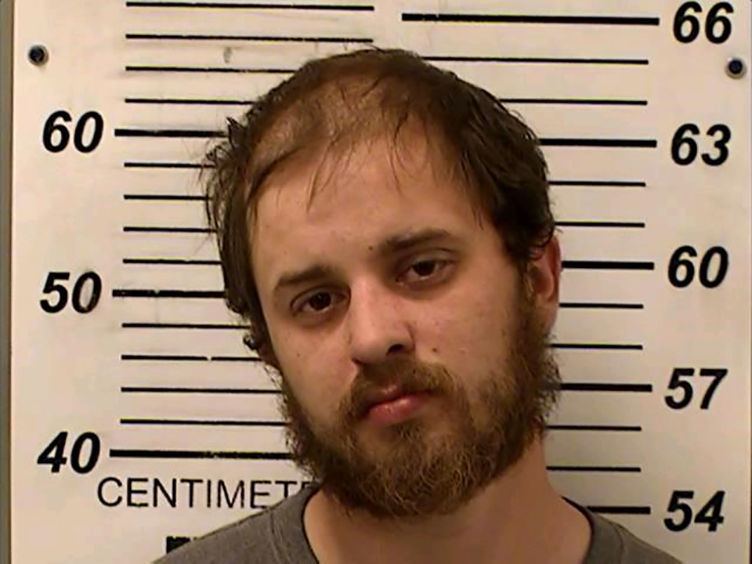 Austin Partee, left, and Tyler Wildenberg chased off an armed suspect after an attempted robbery late Saturday afternoon at the Pence’s concession stands at West Mulberry and Lynn streets in Bryan. Neither employee knew the man was armed until he fired a single shot at them that missed. The suspect crashed his car and was arrested.

Tyler Wildenberg is a fifth-generation member of the Pence family who’s spent his entire life traveling from fairs to festivals with Pence’s Carmel Corn Shoppe and Concessions. But Saturday night, in his hometown, he was the first in his family to be shot at.

At 6:45 p.m. Saturday, he and Austin Partee were closing down the deep fryers and grills in their sausage stand on the empty lot at the corner of Lynn and West Mulberry streets when they saw a man wearing gray sweatpants and a gray jacket run by with one of their popcorn buckets.

“He was wearing a mask, which isn’t uncommon anymore,” Wildenberg said, referring to new COVID-19 safety measures. “He said he was out for a jog but the bucket was jingling.”

They recognized it as the tip jar from their popcorn stand next door and ran after the guy. People snatching tip jars isn’t uncommon either, “but it’s usually kids at the state fairs,” Wildenberg said.

They followed the man as he ran north on Lynn Street toward Trevitt Street.

“We were starting to catch up when he reached into his pants and started fumbling with a gun and dropped it,” Wildenberg said. “That’s when we all paused. We didn’t know he had gun!”

“I didn’t even think it was real at first,” Partee said. “He picked it up and took off running again, then turned and fired.”

Partee saw dust kick up near his left foot.

That’s when they called 911, describing the man and his vehicle.

“It was a business call. Just robbed. Weapon discharged. Subject drove off,” Bryan Police Chief Chris Chapa said in a phone interview with The Bryan Times Monday morning. “Shortly after that, one of our officers spotted a vehicle matching the description and tried to stop it.”

The Ohio State Highway Patrol accident report stated that 7:26 p.m. Saturday, Michael C. Barnes, 26, of Bryan, was fleeing from law enforcement officers, traveling north on County Road 13 north of County Road F. His 2004 Pontiac Grand Prix traveled off the left side of the roadway, struck a utility pole and overturned twice. He was transported by Williams County EMS to Community Hospitals and Wellness Centers-Bryan, where he was treated for minor injuries.

Barnes was arrested and charged with fleeing eluding, failure to comply and possession of drug paraphernalia. He was taken to the Corrections Center of Northwest Ohio where he remained as of Tuesday.

The accident remains under investigation with additional charges pending, as does the robbery.

“Everything happened so fast. We found out afterward that he pulled (the gun) out at the popcorn stand and demanded money,” Wildenberg said.

When that employee refused, Barnes grabbed the tip jar and ran around the corner, past Partee and Wildenberg, they said.

“We started here two weeks ago, when only outdoor dining (was) allowed, and this has been the only unfortunate event,” Wildenberg said. “Stuff like this just never happens in Bryan.

“There was only $6 in the bucket, but he got less than that,” Wildenberg said. “He dropped it and spilled some of the change.”

Michael Holding: 'People need to understand about the dehumanisation of the Black race'