The Skelton brothers, from left, Andrew, Alexander and Tanner Skelton, are shown in their most recent age-progression photos. They are shown as they may look now, at ages 17, 15 and 13, respectively. 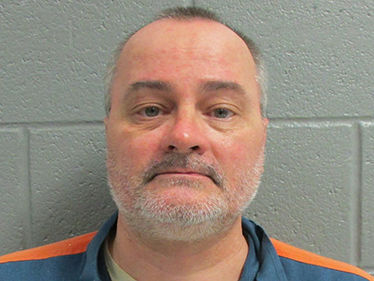 The Skelton brothers, from left, Andrew, Alexander and Tanner Skelton, are shown in their most recent age-progression photos. They are shown as they may look now, at ages 17, 15 and 13, respectively.

Something about the disappearance of Andrew, Alexander and Tanner Skelton from Morenci, Michigan, in 2010 doesn’t add up and that got the attention of CCN’s Headline News (HLN).

At 10 p.m. Sunday, the HLN original series “Real Life Nightmare” will present a new documentary about the case with an in-depth look at what happened.

The show’s purpose is to motivate viewers to help solve crimes, especially in cases in which investigators need the public’s help,” Executive Producer Elizabeth Yuskaitis said in an interview with The Bryan Times via email. “Viewers most often make a connection when the victims are innocent children, and the Skelton brothers disappearance at Thanksgiving time had particular resonance with HLN viewers.

“Someone knows something about the missing Skelton brothers and we’re hoping that this episode will generate some new tips, 10 years after they were last seen. Their father (John Skelton) claims he gave them to an underground group, but investigators say his story doesn’t add up.”

HLN Investigations is a news team that produces breaking news specials within the crime and justice genre. Now in its second season, “Real Life Nightmare” presents heart-wrenching, personal mysteries and unexplained deaths that continue to baffle investigators and horrify those left behind. Featured in the series is never-before-seen evidence plus a call to action that provides viewers an opportunity to be part of the investigation.

After previewing the documentary, The Bryan Times can report that Michigan State Police confirmed analysis by Times reporter Lynn Thompson in his 2018 book “76 Minutes: My Search for Andrew, Alexander and Tanner Skelton.”

John Skelton claimed to have attempted suicide in his home after the boys’ disappearance and Thompson disputed that narrative, pointing out it was most likely a cover story to conceal the origin of his own injuries.

“Their senior producer called the office and said we might be interested because my name kept popping up while they were researching the story,” Thompson said. “Of course we’re interested! We’ve been reporting on this since it happened.

“The documentary has a lot of details I never knew about, like how Skelton staged the scene in his house with what was probably binder-twine and eventually told police he never actually intended self-harm,” Thompson said. “The big question is still why would he take the time to do all that?”

Copies of “76 Minutes: My Search for Andrew, Alexander and Tanner Skelton,” are available at The Bryan Times, 127 S. Walnut St., and online at fadedbanner.com.

Sen. McConnell chokes up during emotional tribute to Sen. Alexander

Take a look at one of the most complete dinosaur skeletons