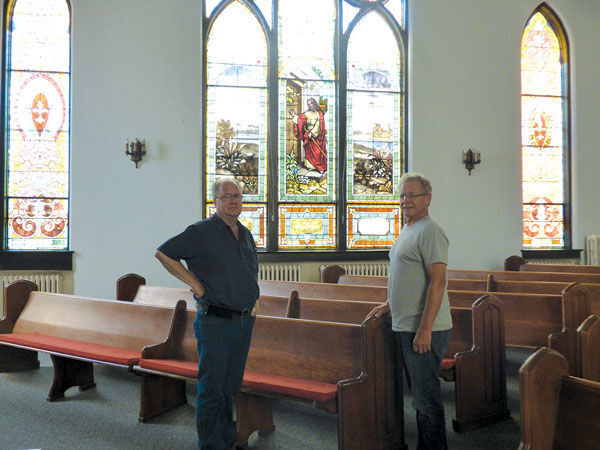 David Wiskirchen, left, will be responsible for fixing up the stained glass windows at Father John’s church, owned by John Trippy, right. Once finished, the windows will be secure for a good 60 years. 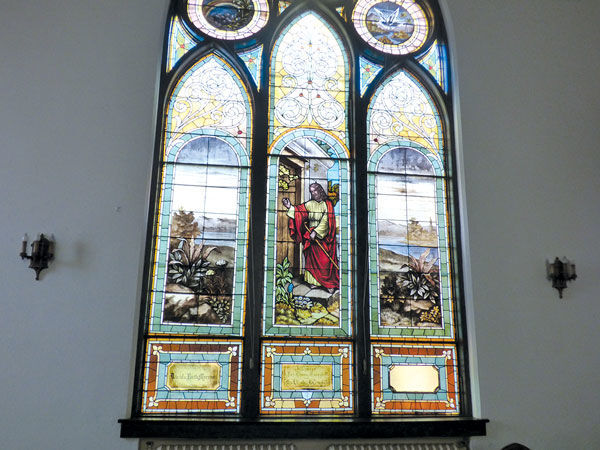 Some of the stained glass windows at Father John’s church are in need of repair and David Wiskirchen has been brought in to take care of them.

David Wiskirchen, left, will be responsible for fixing up the stained glass windows at Father John’s church, owned by John Trippy, right. Once finished, the windows will be secure for a good 60 years.

Some of the stained glass windows at Father John’s church are in need of repair and David Wiskirchen has been brought in to take care of them.

The stained glass at the Father John’s church has seen better days, but better days are also just around the corner.

John Trippy, owner of Father John’s, in Bryan, has brought in a specialist to repair the windows and prepare the church for the future.

“We’re looking to restore the old church’s (stained glass windows), they’re (from) 1895 and need repair,” he said. “A couple of them are just ready to fall out.”

That’s where David Wiskirchen comes in.

He owns Wiskirchen Studios, which specializes in renovating and creating church arts, and has been hired to fix the windows.

“I’ve done churches and cathedrals from Boston to Florida and back,” Wiskirchen said. “It goes back 19 generations in my family. During World War II, the Nazis found out we were smuggling Jews out of Germany so they shot and killed my relatives.”

While he doesn’t build churches like his ancestors did, he can repair any and all the artwork that can be found in them. In his 30 years in the field, he’s done work for more than 700 churches.

He was impressed with the windows at Father John’s, even if they needed a bit of work.

“It’s hand-painted, one-of-a-kind stained glass pieces that are ready for a museum, they’re that good,” Wiskirchen said. “Whoever the artist was did a brilliant job with the German style and they’re worth preserving.”

Later, when he was in the church, he couldn’t help but admire them some more, saying it was “overwhelming every time I walk up here.”

Several areas of the windows are collapsing, Wiskirchen said. His job will be to rebuild at the bottom and seal them in permanently.

Trippy said once Wiskirchen is done, the windows will be good for another 60 years.

“That’s long enough for me, we decided,” Trippy said with a laugh.

Trippy wants to use the church for various different events, such as weddings. He would like to do more interfaith programs, as well.

He also is starting a “Loving Kindness Meditation,” with Sri Lankan monks. The first one was held Monday night, at 7 p.m.

“It’s a non-denominational type of thing; We’re not trying to convert Baptists or Catholics to anything else, it’s just loving kindness,” Trippy said. “They’re looking forward, in November, to an interfaith Thanksgiving.”

Toddlers receive vaccine at clinic in Cuba. See inside