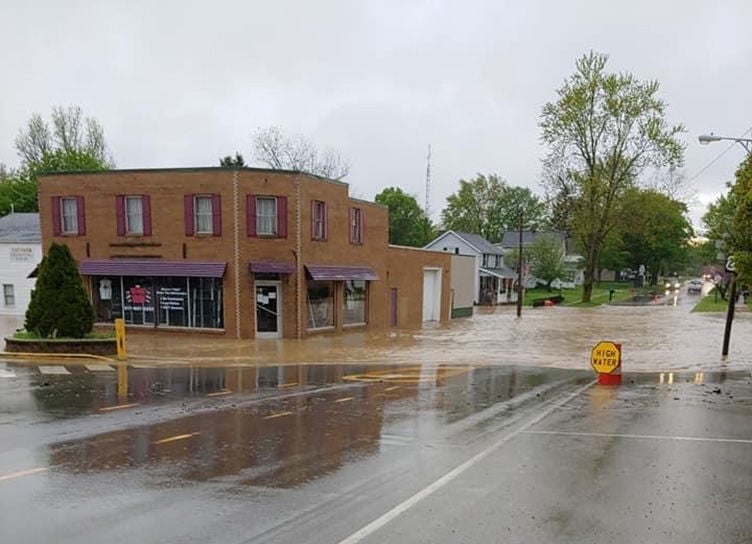 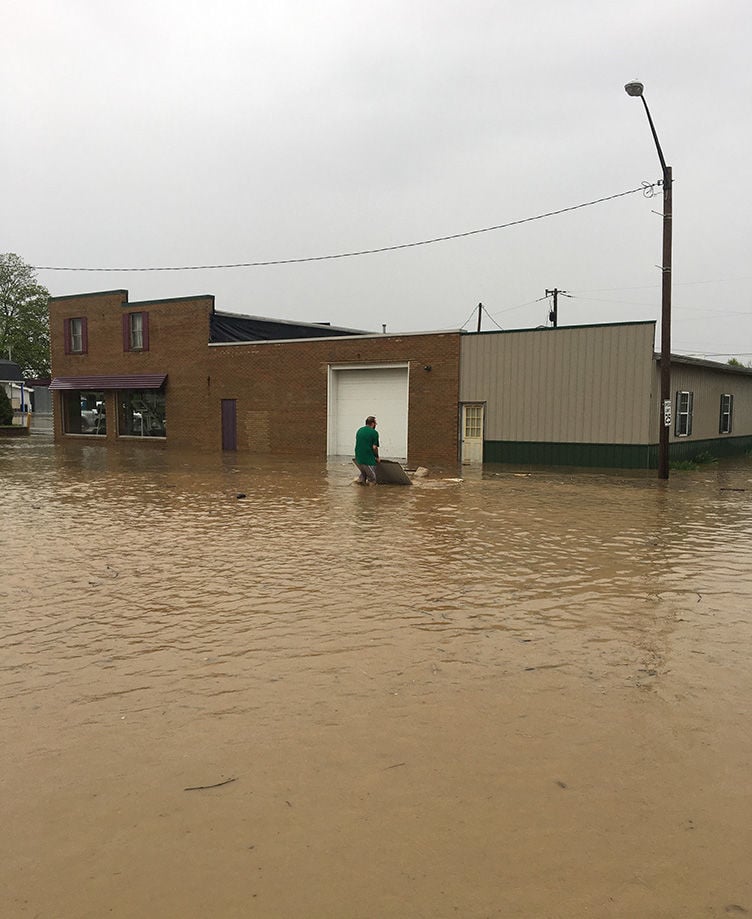 A man works to move an item after flooding occurred Monday in West Unity. 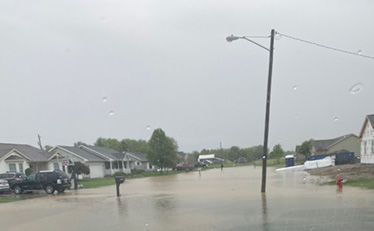 Stryker’s Shawnee Street disappeared under a foot of water Monday evening after more than three inches of rain fell within 24 hours. 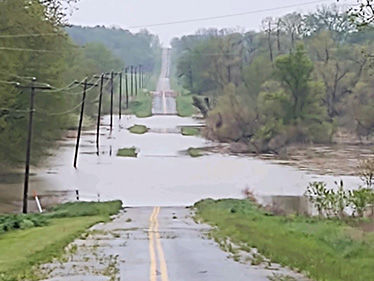 A man works to move an item after flooding occurred Monday in West Unity.

Stryker’s Shawnee Street disappeared under a foot of water Monday evening after more than three inches of rain fell within 24 hours.

A low-pressure system stalled over the eastern half of Williams County Monday and dumped more than three inches of rain in less than 24 hours on West Unity and Stryker, flooding parts of both villages.

“Weekend showers already saturated the ground,” Marsili said. “It was all runoff after that.”

“We had rain Sunday, then all day Monday. The heaviest part was Monday evening,” Roth said. “It came out of the fields in different areas and it was really fast-moving, almost like a flash flood. It was pretty bad; I’ve never seen it like that before.”

He closed County Road O east of U.S.127 at 9:43 p.m. after high water contributed to a non-injury accident near Alvordton, and then County Road 11 north of U.S. 20.

“Mill Creek (north of West Unity) is usually one of our last areas to flood because it collects from other areas,” Roth said. “It was really bad Monday night.”

“We got hit hard,” Schlosser said. “From the Dollar General to the library, it was probably a foot deep in the street. It went into a lot of homes along Defiance Street; I’m sure a lot of basements are flooded. West Curtis Street was pretty bad from Center Street to a little west of West Street. That got deep.

“Nobody got hurt and nobody had to be evacuated, so that’s a blessing,” Schlosser added.

Jones in West Unity just had to look out his office window. “A lot of debris washed up against the railroad ties outside town hall,” he said.

“The weigh station gym (downtown at the Y-intersection of U.S. 127 and 20A) flooded on both sides,” Jones said. “Ohio 191 coming into town flooded. East Church Street by Kamco is still shut down.

No injuries were reported in West Unity, either.

SpaceX has a 50% chance of launch today

Anger erupts across America in the wake of Floyd death