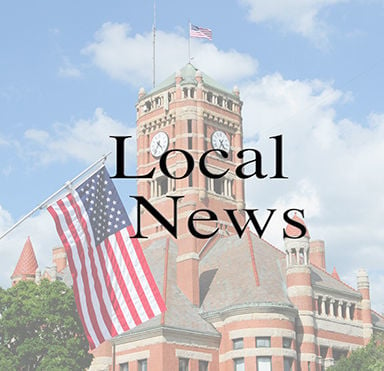 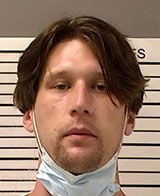 Joshua Lee-Izel Amos, 26, was arrested in Lincoln Parish, Louisiana, in July but he is now back in Williams County awaiting trial on charges related to the death of a Montpelier man in 2018.

Two deputies made the 14-hour drive Friday and brought Amos to the Corrections Center of Northwest Ohio. He made his initial appearance by video in the Williams County Court of Common Pleas Monday afternoon.

A grand jury secret indictment filed on Dec 18, 2018, states that Amos was 25 years old and a resident of his parents’ house in Montpelier when, on July 1 or 2 of that year, he allegedly “knowingly sold heroin and fentanyl.” The involuntary manslaughter charge stated this activity “did cause the death of Scott Rickman II” on March 2, 2018. Amos also faces two counts of felony drug possession, one count of drug trafficking and one count of aggravated drug trafficking.

He pleaded not guilty to all charges.

Williams County Prosecutor Katie Zartman requested a $400,000 bond but defense attorney John McMahon countered that Amos cooperated during the 2018 investigation and had no knowledge of the indictment when he moved to Louisiana two years ago.

“We certainly would have turned ourselves in had we known,” McMahon said. “My client denies any wrongdoing and authorities in Ohio made no effort to look for him. They issued a warrant and let a Louisiana traffic stop bring him in.”

McMahon also pointed out that Amos was an honorably discharged U.S. Army veteran on 70% disability with post-traumatic stress disorder and back injuries, for which he needs neither mediation nor counseling, and his prior criminal convictions were limited to OVI and marijuana possession.

His charges of trafficking in heroin, heroin possession and cocaine possession are fifth-degree felonies that carry a maximum sentence of 12 months in prison, a $2,500 fine and a five-year suspension of driving privileges within the state.

His aggravated trafficking charge is a fourth-degree felony that carries a maximum 18-month prison sentence with a $5,000 fine and a five-year suspension of driving privileges within the state.

“His mother will keep him on the straight and narrow and make sure he appears in court on time,” McMahon said.

Judge JT Stelzer set bond at $25,000 stipulating that Amos wear a GPS monitor and remain on house arrest within his parents’ home and place of employment.