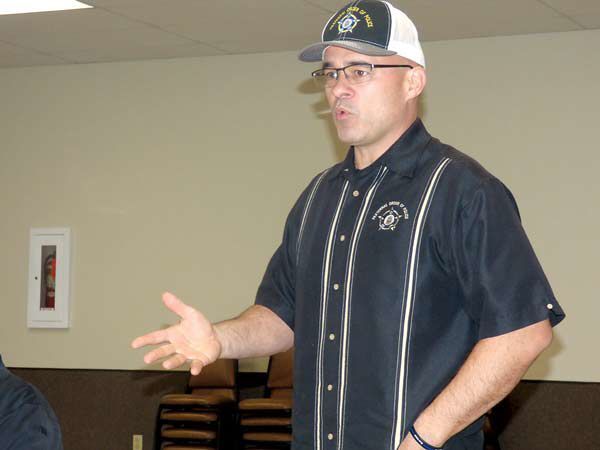 Jeremy Viers, president of the Captain Custar Fraternal Order of Police Lodge, speaks to the Williams County Mayors Association during their meeting Wednesday. 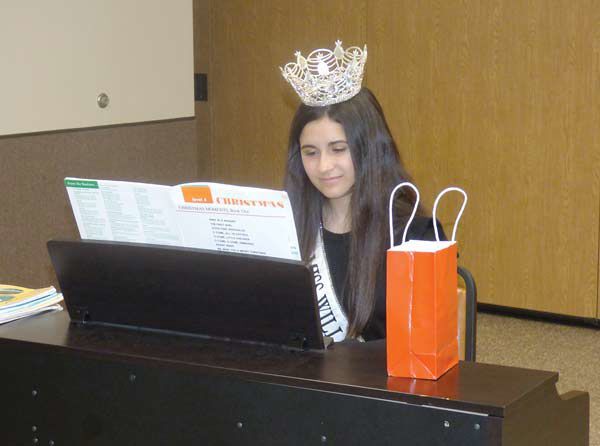 Jeremy Viers, president of the Captain Custar Fraternal Order of Police Lodge, speaks to the Williams County Mayors Association during their meeting Wednesday.

WEST UNITY — Every year, police officers from all around the county come together to give needy kids a good Christmas and fond memories of officers in the Cops and Kids program.

Commonly called Shop with a Cop, the Cops and Kids program will be held this year on Dec. 11 at 9 a.m. at the Bryan Walmart.

West Unity Police Chief J.R. Jones said it takes the effort of several different components including police departments, the Fraternal Order of Police and the schools.

“There’s a lot of components that work with this,” he said at the the Williams County Mayors Association meeting Wednesday evening. “It’s the community, the donations, obviously we couldn’t do this without all that. As of today, I’ve already taken over $1,000 in West Unity for donations.”

Churches, non-profits and everyday citizens all help with the vital donations.

Jones said the experience can be “eye opening.”

“I know I’ve had some kids who maybe only spend a quarter of the money on themselves,” he said. “It’s (spent on) Mom, on Brother, Dad.”

Jeremy Viers, president of the Captain Custar FOP Lodge and a member of the Bryan Police Department, said the FOP has been doing the program for as long as he can remember.

“We rent out the movie theater, we have two movies and pizza and spend the whole afternoon with the kids,” he said.

In addition to school children, he said they have also included the Williams County Board of Developmental Disabilities and many departments have other side programs to reach different groups of people.

The FOP hires an outside solicitor to both come to the area and to call in order to solicit donations. Viers said the person who usually handles it is named Doug Baker.

Because of this, it can be confusing at times whether or not it is a real call or a scam call.

“What I tell people is if they are unable to identify (the caller)... they can drop off the donations to their local police department,” Viers said.

Because they want to focus on the kids most at need for this program, the FOP teams up with the schools throughout the county to find the kids to participate.

“We have a form at school that is sharing information,” she said, adding the participating kids are in kindergarten through fourth grade. “I will call families who have said yes to that and ask if they need any assistance. Most of the time, people say, ‘No, I think we’re OK this year, but if we need anything I’ll let you know.’ So, I really feel like they are being honest with me.”

Welling works with Kiwanis, as well, which helps families at Christmastime through Job and Family Services. She tries to refer students whose families do not work with JFS for the program.

Overall, she said it’s a great thing for the kids.

“This is a wonderful program, the kids absolutely adore it,” Welling said.

After the presentation, the Mayors Association voted to donate $1,500 to Cops and Kids.