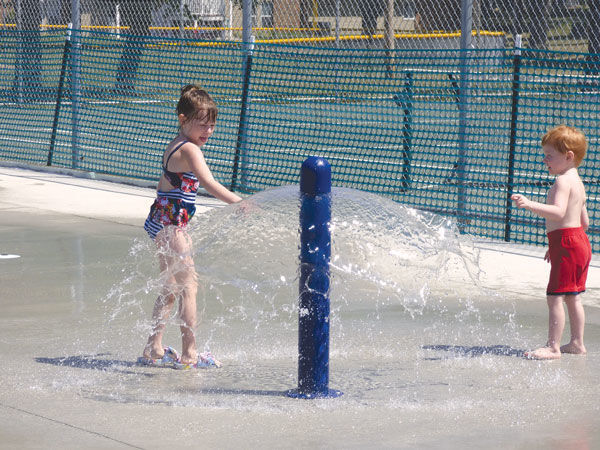 Madelyn Whitaker, 6, left, and her brother, Holden Whitaker, 2, play on the splash pad in Montpelier on Wednesday afternoon. 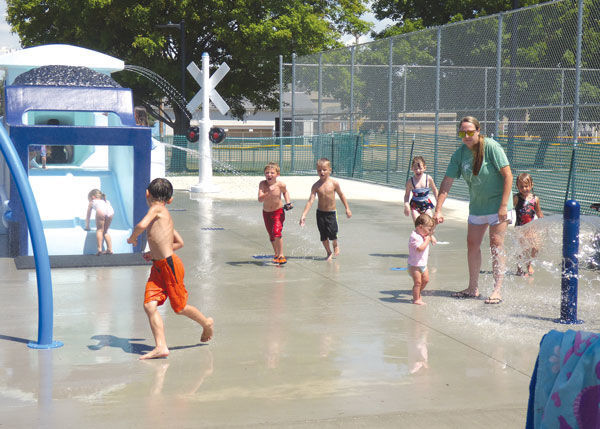 Children run around while playing on the splash pad Wednesday afternoon. 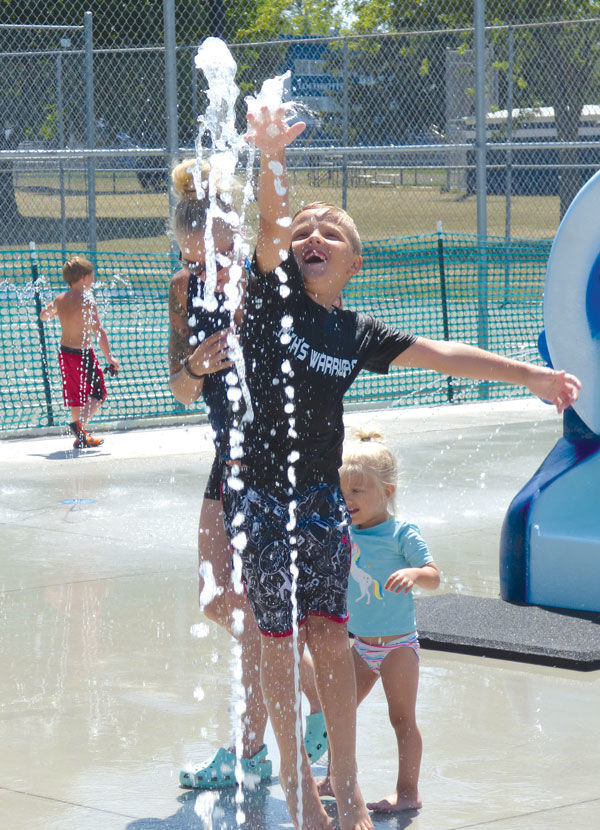 Deegan Roth, 8, jumps to see if he can reach the top of the water geyser at the Montpelier splash pad on Wednesday. Behind him are his mother, Jayme Lee, and little sister, Skylar Roth, 3. 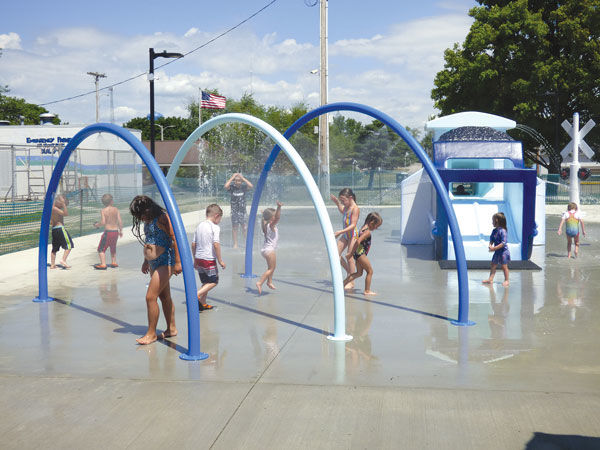 Kids cool off at the Montpelier splash pad on a hot summer day Wednesday.

Madelyn Whitaker, 6, left, and her brother, Holden Whitaker, 2, play on the splash pad in Montpelier on Wednesday afternoon.

Children run around while playing on the splash pad Wednesday afternoon.

Deegan Roth, 8, jumps to see if he can reach the top of the water geyser at the Montpelier splash pad on Wednesday. Behind him are his mother, Jayme Lee, and little sister, Skylar Roth, 3.

Kids cool off at the Montpelier splash pad on a hot summer day Wednesday.

MONTPELIER — As the temperatures reached into the mid-80s, a dozen or more kids were laughing as they ran through the splashing water during a game of tag at the new Montpelier splash pad.

Other kids could be seen trying to drink from the fountains or seeing how high they could smack the water that erupts like a geyser from the ground while others sat beneath a post that flushes water out in a cone around them.

The scene is not an uncommon one, according to Sandy Gordon, Montpelier Parks and Recreation director.

“Most days people are out here by about 10 after 9 (a.m.), and it opens at 9,” she said. “It’s sporadic around the day ... In the afternoons there are always at least four or five cars, usually vans, and a group of kids pile out.”

The response to the splash pad, which opened on July 10, has been positive.

“The response we’ve gotten back from parents, they appreciate having the splash pad, especially since it’s been so hot this summer,” she said. “We’ve had some parents come up with kids with special needs. A couple different parents said they appreciate it with their kids ... It’s not quite as scary sometimes.”

Speaking early Wednesday afternoon, Patricia Schlosser, Montpelier, was very glad to have the pad for her three grandchildren.

“They burn off some of that energy,” she said with a laugh. “It’s great and it’s free and it’s close.”

Schlosser said “everything” was great about it and they go the pad often, as the kids love it.

Wednesday was the first time Jayme Lee brought her five children to the splash pad, but it won’t be the last.

“We just moved to Montpelier in January, so the kids haven’t had a chance to meet anybody,” she said. “It’s really nice seeing them playing with other kids.”

The kids love it, Lee added, so they intend to come again.

The pad features a train and the colors of Montpelier Exempted Village Schools that has three slides, as well as several fountains, arches and more that spray, burst or otherwise splash water in all directions.

Gordon said they are glad with the positive reception.

While the pad just opened, it has had its share of hiccups along the way, as well as a new safety measure.

“We did put a couple of mats down at the ends of the slides because some of those little kids just slide right out and that increases the safety quotient,” Gordon said. “It wasn’t necessary to do but we decided to just to increase the safety. That’s worked great, too.”

Sometimes, she added, kids would fall on their knees and falling on the mats are just a bit safer.

The trickiest issue Gordon was afraid they could have is people coming from out of town may not understand how to turn the water on.

The water is activated by pressing a button on a post near the entrance and by a group of arches that spray water down. Gordon said at the opening they were told kids enjoy turning the water on.

“We have an activator, not every splash pad has one of those,” she said. “If you’re not used to that, you wouldn’t know that. We just tell people it’s designed to be smacked and it turns it on. It’s the post with a hand on it.”

Then there were a few glitches with the computerized aspects of running it.

As of Tuesday, Gordon said one of the modules was out of commission.

“If you’ve ever dealt with a computer before, you know there can always be little things that glitch,” she said, adding the feature that isn’t working is possibly from the computer side of things. “It’s either programing or something came loose in transit.”

The company has been great to work with, though, and replaced the part.

“Anytime you open something new, you’re going to have a little bit of tweaking to do until you figure everything out,” Gordon said.

The good news is that it’s been kept clean, with people using the provided trash cans to clean up any mess they have, which Gordon appreciates.

Council in December approved funding for the 3,849-square-foot splash pad for installation, along with a new dedicated water line. It features a system of sprinklers, fountains and equipment intended for use by children, including a 22-foot-long “locomotive” with three slides on top of 7/8-inch foam.

Village administrator Jason Rockey said Friday the bond renews annually “and we have budgeted to pay it down by at least $50,000 each year.”

UK crashes into deepest recession of any major economy

Mother injured in Beirut blast: The night is blood