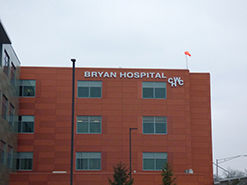 Community Hospitals and Wellness Centers-Bryan has been mandated by the Centers for Medicare and Medicaid Services to vaccinate its staff by Dec. 6 or it could lose CMS funding, which covers 65% of the hospital’s budget. Sarah Pettit, a nurse at CHWC-Bryan, is organizing a protest against the mandate. 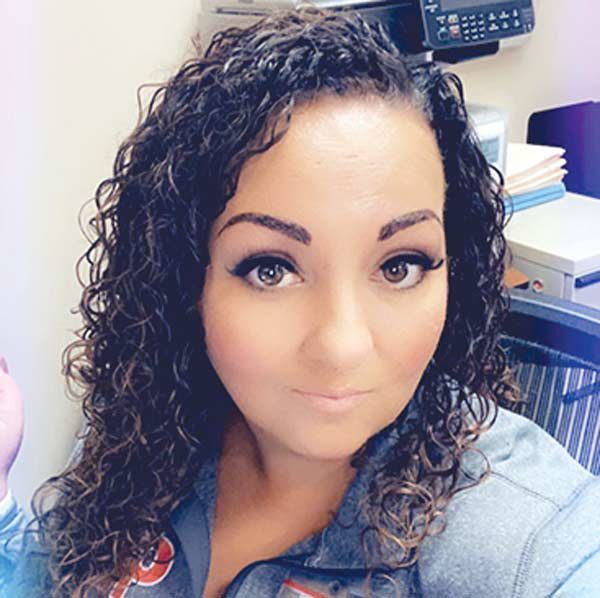 Community Hospitals and Wellness Centers-Bryan has been mandated by the Centers for Medicare and Medicaid Services to vaccinate its staff by Dec. 6 or it could lose CMS funding, which covers 65% of the hospital’s budget. Sarah Pettit, a nurse at CHWC-Bryan, is organizing a protest against the mandate.

As Community Hospitals and Wellness Centers prepare to implement a vaccine mandate, one nurse is organizing a protest.

On Monday, Sarah Pettit, a nurse at the hospital, collected a petition to hold the protest in front of the Bryan Hospital at 1 p.m. on Dec. 5.

Announced on Monday, Pettit said she is organizing the protest because it will have an affect on her life, her coworkers’ lives as well as the patients at the hospital.

Opposition to the vaccine, according a press release Pettit sent, is based on several factors, such as it being unethical to force a medical procedure on people and violation of bodily autonomy.

In addition, the release states vaccines typically go through four to six years of development and testing. The mRNA vaccine has had only six months of trial data with “zero longitudinal data.”

For Pettit and others, that makes it a difficult choice. She’s put her entire life into being a nurse, worked hard in medical school and put herself in debt.

All that was worth it, as Pettit said she loves her job, her career, her co-workers and patients.

“If this mandate comes through, it really threatens our health care all over and this hospital could close without us,” she said. “If we walk or get terminated because we don’t want this vaccine, what’s going to happen to our community without those health care resources?”

The goal of the protest is to stop the mandate, which is coming from the Centers for Medicare and Medicaid Services (CMS).

Pettit spoke to The Bryan Times on Monday, hours after she announced the protest online and had already received a lot of support.

“I can’t get off my phone. I’ve received several hundred messages in Messenger, on Facebook people message me, text messages,” she said. “I had a couple tell me they have contacts in Defiance who also have a protest group and they also have contacts with a couple of campaigns — one is running for senator and one’s running for governor — who are also against the mandate. They would also like to include them on it to see if we can get some support.”

Pettit called the mandate a “lose-lose situation,” something backed up by CHWC President and CEO Chad Tinkel, though he didn’t use those same words.

So far, he said around 60% of CHWC’s employees are vaccinated.

“It is of grave concern to me with the staffing crisis that we’re currently in and how that could be exacerbated with staff not getting the vaccine by the deadline set in place by CMS,” he said.

The mandate, which comes from CMS and not CHWC, says that health care workers need to have their Johnson & Johnson one-dose vaccine or the first shot of the Pfizer or Moderna vaccine by Dec. 6.

The second dose of the latter two vaccines is due by Jan. 4.

“We have just over 300 people who have not gotten (the vaccine),” Tinkel said. “If they are not vaccinated by (Dec. 6), they will be given a certain amount of days to get vaccinated or they will be terminated. So we could be without up to 300 staff just after Dec. 6.”

CMS funds about 65% of the CHWC’s budget because 65% of the patients served receive Medicare or Medicaid benefits.

This mandate will be a requirement to participate in CMS.

“So, if we did not fulfill this requirement, CMS could kick us out of the program and then we would not be able to take care of our community, anyone who has Medicare or Medicaid,” Tinkel said.

As a health care organization, he said CHWC fully promotes vaccines and believes the COVID-19 vaccine is the safest measure against the disease.

People have the right to refuse the vaccine but he asked they be aware of the consequences and what it could mean for a rural hospital like CHWC.

10 stories of hyperinflation in history