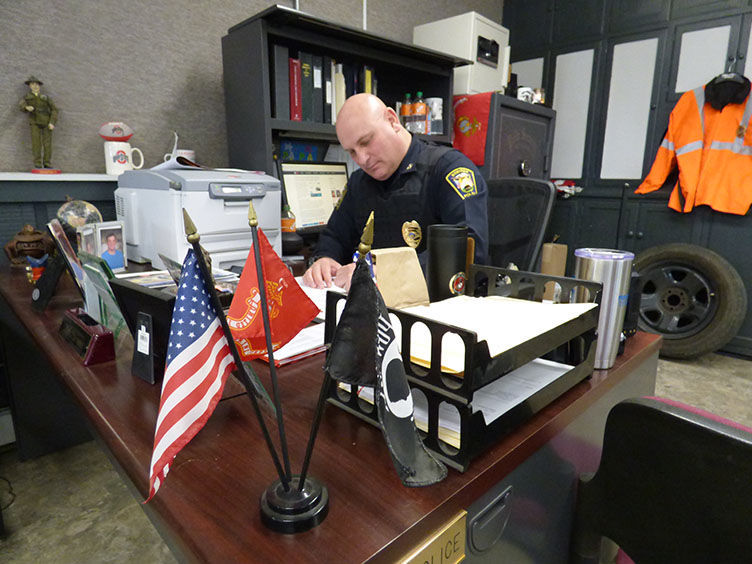 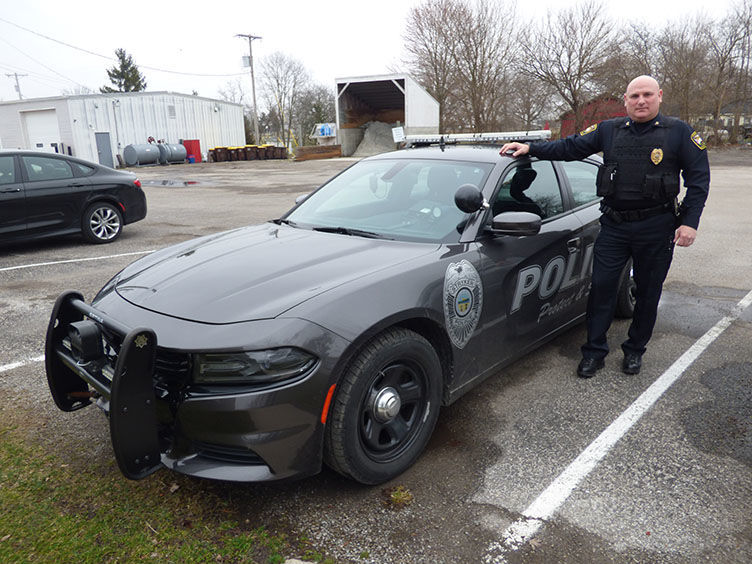 Policing in a pandemic may sound like a dystopian endeavor, but local officers are reassuring the public they’re still operating under the same directive, to protect and serve.

On Sunday, Ohio Gov. Mike DeWine made no bones about it — “stay at home” is an order, not a recommendation — but there are a myriad of exceptions to allow life to continue on as it must.

The National Guard will not be enforcing the new guidelines in Ohio, nor will it be in California, New York or Washington, D.C., where intent is to have the Guard aid in setting up medical stations.

The Ohio Department of Health says the work of those at essential businesses in health care, first response, groceries, utilities and the media, among others, are not included in the order.

Work-related travel, getting gas, going to health care appointments, taking care of friends and family, getting groceries and other essentials, going to the bank, outdoor activities and exercise (although playgrounds will be closed), picking up meals for children and attending weddings and funerals are all permitted.

Travelers are allowed to leave and enter the state.

Those found in violation of the order are subject to a second-degree misdemeanor.

Local police work in a pandemic

Enforcement of both the law itself and the new directive will be a balancing act for police departments moving forward, but safety will remain the ultimate factor.

“We’re trying to limit our contact as best we can while still performing our job duties,” explained West Unity Police Chief J.R. Jones. “But egregious situations still call for us to make contact. We’re going to do that when necessary. If you need us, we’ll be there.’’

Perhaps the biggest change so far is being seen on medical calls.

“If it’s a medic assist call, our communications agency is taking a lot more information,” said Stryker Police Chief Steve Schlosser. “If the resident is suspected of being viral, we will not go in until the medics have cleared it and then we can go in with lifting assistance or things like that. A cardiac situation, a stroke, we’re going to put those concerns aside and go in and do what we need to do.”

Those reporting an issue without an air of immediacy can expect to answer further questions when speaking to dispatchers.

“Our dispatchers are doing a great job of determining if it’s a situation where we need to be in there right away,” said Schlosser.

But Schlosser and Jones both advised community members that they shouldn’t be afraid when it comes to police fulfilling their duties.

“When we took the oath of office, we knew we were going to be at the tip of the spear for any situation,” said Schlosser. “As law enforcement, we can’t live in fear. We have to pass our strength on to the general public and give them the confidence we’re not going to hide from this and hit it head on, with a little bit of caution.”

To that end, Schlosser noted his officers are keeping hand sanitizer in their vehicles and are using it much more frequently than the pre-virus days.

Jones said his department has donned gloves in recent days and is also practicing social distancing within its office.

West Unity Police will be flexible with certain matters, Jones said, with the closure of most all Bureau of Motor Vehicles to be taken into account when judging expiration issues. Bryan police will do the same, the department indicated on social media.

Additionally, West Unity has been able to put its school resource officer back on the road.

Enforcement of the directive

Enforcement of the new stay-at-home directive will focus on the same basic question of safety as well, Jones said.

“It’s going to be left up to the officer’s discretion,” said Jones. “If there’s a hazard to someone’s safety or life, that’s the deciding factor.”

Still, the current circumstances are leading to healthy philosophical questions for everyone, police officers included.

Schlosser admitted the order has left him in an awkward place, being a strict constitutionalist who believes in the right to assemble, but he also said that he knows he’s intended to be the “eyes and ears” of the health department in the coming days.

Pioneer Police Chief Tim Livengood indicated that his department will be using any calls leading to observed violations of the no-gathering order as an opportunity to inform, on a case-by-case basis.

“In a given situation, where once the order goes into full effect, and there’s a reason to do so, we may take the opportunity to inform and educate about social distancing,” Livengood said.

He added that departments are being asked to document and pass along relevant information to the health department.

Information is one of his department’s biggest components in combating the spread of COVID-19 locally.

“It’s certainly been an adjustment, much like everybody else, in dealing with the virus itself,” Livengood said. “We’re trying to conduct business as usual, but one of the things I’m doing is constantly putting out memos and information to the officers as it trickles down ... We want them to at least have a general knowledge of what’s going on.”

Livengood said that his office has seen an increased call load as of late, mostly focused on questions regarding the virus and related orders.

In West Unity, the opposite has been observed.

“As far as our job’s concerned, we’re being called if we’re needed, but with people not being out, there’s less potential for issues or conflicts.” said Jones. “We’ve seen numbers go down.”

Trump: If we need USNS Comfort for Covid-19, we'll use it

Inside the ER: The incredible fight against coronavirus