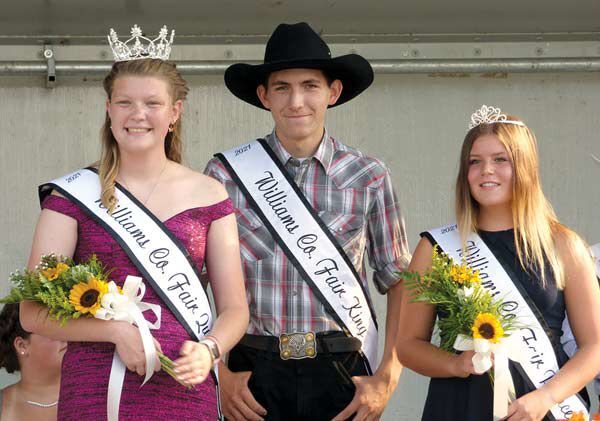 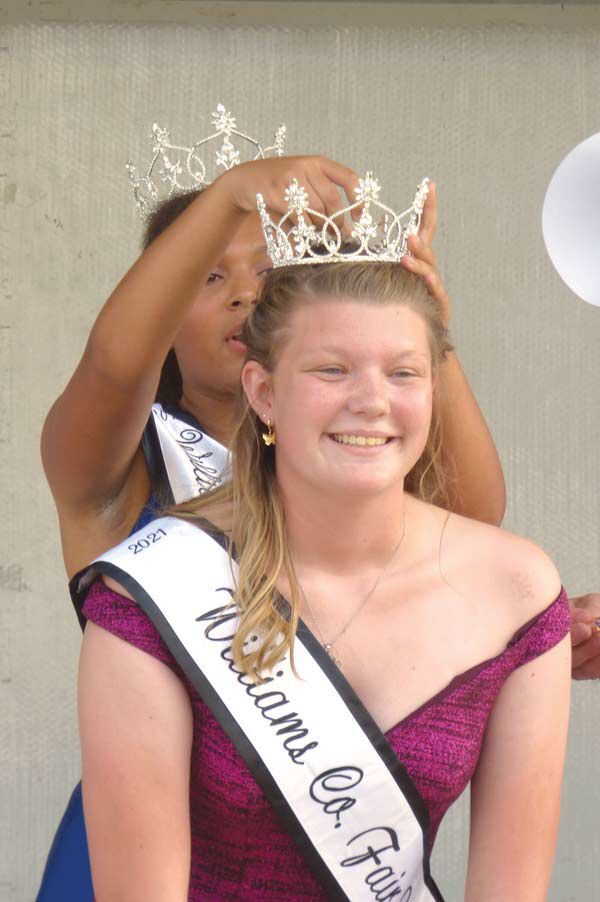 MONTPELIER — On Saturday, nine 4-H’ers ditched their competition wear for something a little more formal for the Williams County Royalty Contest.

Dorsten was also given an award for the best interview score, a tradition that started last year, and Heavenly Owens was named the first runner-up for queen.

During the public portion of the contest early Saturday evening, the four princess contestants were asked a question they had to answer on a stage set up north of the Gillette Building.

Dorsten was asked how she would encourage youth to be involved in the fair.

“I would tell them about all the awesome things we do and how you grow as a person,” she said.

This portion of the contest was different for the two king contestants and the three queen contestants, who drew a word from a mug they had to give a definition for, explain why it is important to them and use it in a sentence.

“I’m always dedicated to helping others and keeping the fair looking nice,” he said.

She defined it as not being full of yourself.

“You’re able to help others while still being considerate to them and being able to work with them even though it may be a hard time in your life, you’re just pushing through it trying to be the best person you can be,” King said.

Acosta: If Republicans really want to shock us, then do this

Obama to GOP: Tell us your ideas instead of trying to rig elections