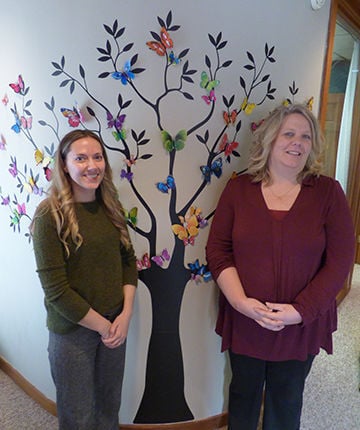 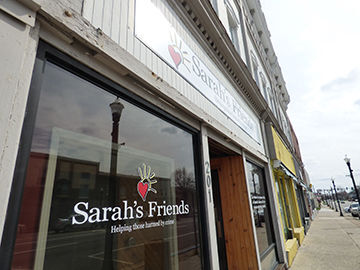 Sarah’s Friends, which this year celebrates 30 years of assisting local victims of crime, is located at the corner of Butler and Main streets in downtown Bryan.

Sarah’s Friends, which this year celebrates 30 years of assisting local victims of crime, is located at the corner of Butler and Main streets in downtown Bryan.

A lot has changed since 1991, when a new organization called Sarah’s House opened its doors at a home next to the Bryan hospital.

The idea, spearheaded by then-Williams County Prosecutor Tony Gretick, was to give child victims of abuse a safe and comfortable place to be interviewed by authorities.

The organization has continually morphed over the ensuing 30 years — changing locations, services offered and even its name — but the effort now known as Sarah’s Friends has remained a fixture in the Bryan and Williams County community, and an asset to victims of crime.

“We saw the need to expand to not only kids but victims of domestic violence, who are mostly women, and then to all victims,” said Executive Director Katie Shaffer, who’s been with Sarah’s Friends since 2014. “We now serve men as well, and victims of anything that is actually listed as a crime.”

Among the array of services provided by the organization: training for law enforcement on family violence and for human resources professional on domestic violence in the workplace and support groups for children and adults experiencing divorce.

But its most pressing service remains advocacy for survivors of crime, most typically domestic violence. Sarah’s Friends can provide financial, material and emotional support; referrals for legal services, social services and counseling; and even a housing program to help victims who are leaving an abusive domestic situation.

Those services are needed now more than ever. Shaffer said that, following a bit of a lull at times in 2020, more victims are finding themselves in need of the local outreach in 2021.

“This time of year is usually still slow but we have seen a spike in numbers compared to previous years,” she said. “It’s national.

“Sadly, that’s common during stressful or uncertain financial situations,” like many Americans find themselves in now at this point in the pandemic, she said.

Unfortunately, this increased need comes as Sarah’s Friends anticipates a 34% decrease in its federal Victims of Crime Act funding this year. That would mean VOCA funding has dropped 75% over the past three years.

That makes the local funding Sarah’s Friends receives — through groups like the United Way, Bryan Area Foundation and North Western Electric Cooperative, as well as community fundraisers and other donations — all the more crucial.

The organization is currently raising funds through its second annual What the Duck rubber duck race, slated for April 24 at Stoney Ridge Winery, near Pulaski. For details, visit sarahsfriends.org.

Shaffer was quick to note that volunteer opportunities are also listed on the website.

“In general, we’re always looking for the community to get involved, not just financially but with their time,” she said.

Sarah’s Friends has posted a PowerPoint presentation to YouTube that is available through its Facebook page (facebook.com/SarahsFriendsofWilliamsCounty), looking back at and celebrating its 30 years of service.

Intel report: Afghan women's rights at risk with US withdrawl

Why McCarthy is worried about testifying on Trump phone call

Department of Education to teachers: thanks for an extraordinary year