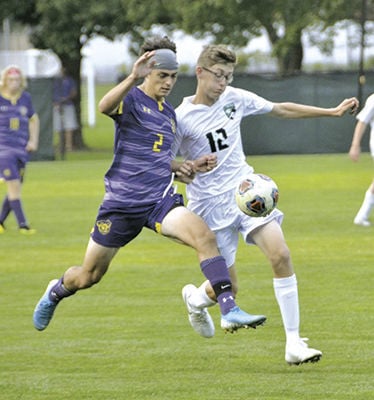 Bryan’s Brendan Reiser battles for possession during the Golden Bears’ 1-0 victory against Delta at Recreation Park in Bryan on Tuesday. Reiser scored the game’s only goal. CAMERON HOOVER/Staff 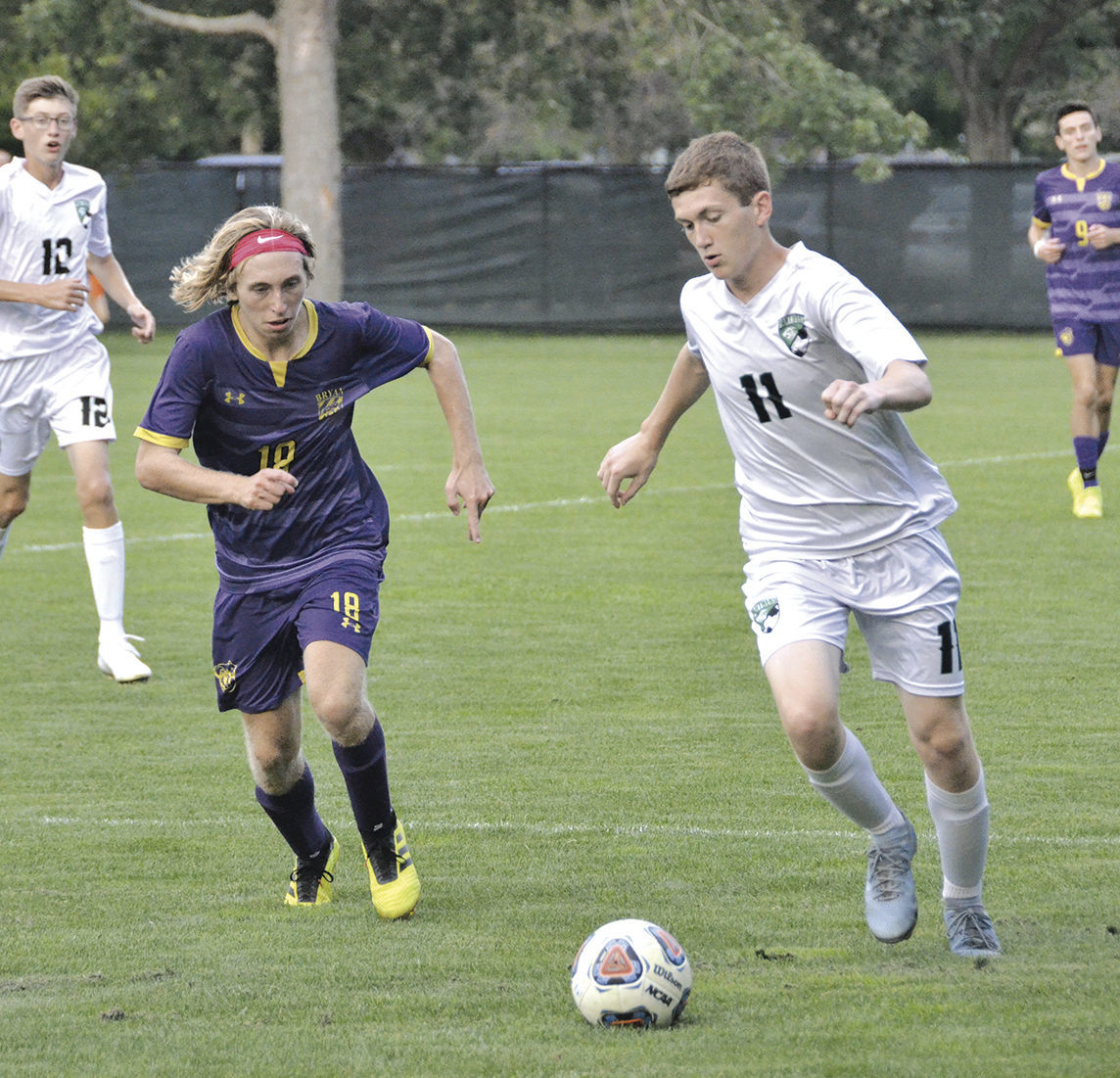 Bryan’s Zach Seaman defends against a cross from Delta’s Mike Eckenrode during the Golden Bears’ 1-0 win at Recreation Park in Bryan on Tuesday. CAMERON HOOVER/Staff

Bryan’s Brendan Reiser battles for possession during the Golden Bears’ 1-0 victory against Delta at Recreation Park in Bryan on Tuesday. Reiser scored the game’s only goal. CAMERON HOOVER/Staff

Bryan’s Zach Seaman defends against a cross from Delta’s Mike Eckenrode during the Golden Bears’ 1-0 win at Recreation Park in Bryan on Tuesday. CAMERON HOOVER/Staff

When the final whistle blew after the hectic second half of the Bryan boys soccer team’s 1-0 win over Delta on Tuesday night, Golden Bears assistant coach Zach Roller could only laugh as he reflected on the team’s first conference win after four of its last five matches ended in ties.

“It feels great, let me tell you what,” Roller chuckled. “We haven’t lost yet, so I still don’t know what it feels like to lose yet as a coach, but the ties were getting old. It feels good.”

Despite a start that Roller described as “slow,” the Golden Bears took the lead about eight minutes into the game thanks to a goal from senior Brendan Reiser. The rest of the game see-sawed, with each team having multiple chances, but nothing found the back of the net, as Bryan eked out a 1-0 win.

The goal came from a Bryan free kick in Delta’s half of the field. The ball looped in, finding the towering head of senior Reese Jackson, who flicked it toward the Delta back line. Reiser snuck behind the Panthers defense, dribbled into the box and fired a low, driven, left-footed shot into the bottom right corner past junior goalkeeper Mikah Circle.

Even though Roller wasn’t entirely impressed with how his team came out of the gates, he said the early goal took a lot of pressure off of them.

“It opened up a lot of things,” Roller said. “It calms down our defense a little bit. We’re led by a strong defense, and we like that comfortability. When you have a lead, it calms a lot of nerves right off the bat.”

The rest of the first half played out relatively quietly, but the second half was a frenetic, end-to-end affair with each team coming close to scoring.

It looked as though Delta might tie the game up with about nine minutes left. A mistake in the Golden Bears midfield sprung senior Joseph Durfey for the Panthers. As he beared down on goal, his final touch was a bit too heavy, and Bryan goalkeeper Isaac Lamore collected the ball with no harm done.

Bryan came closest to a second goal with around seven minutes left when senior Tyler Manon played Reiser through on a counter-attack. Reiser pressured the defense, then cut onto his right foot, but his shot thundered off the right post.

“We got burned earlier in the season with a late goal,” Roller said. “It was clock management and wasn’t something we had necessarily gone over before. We wanted to make sure we went over that for later games, and it came into play tonight. The boys pulled it out.”

Metta World Peace shares one of his favorite Kobe memories

Kobe's high school friend: He changed the course of my life