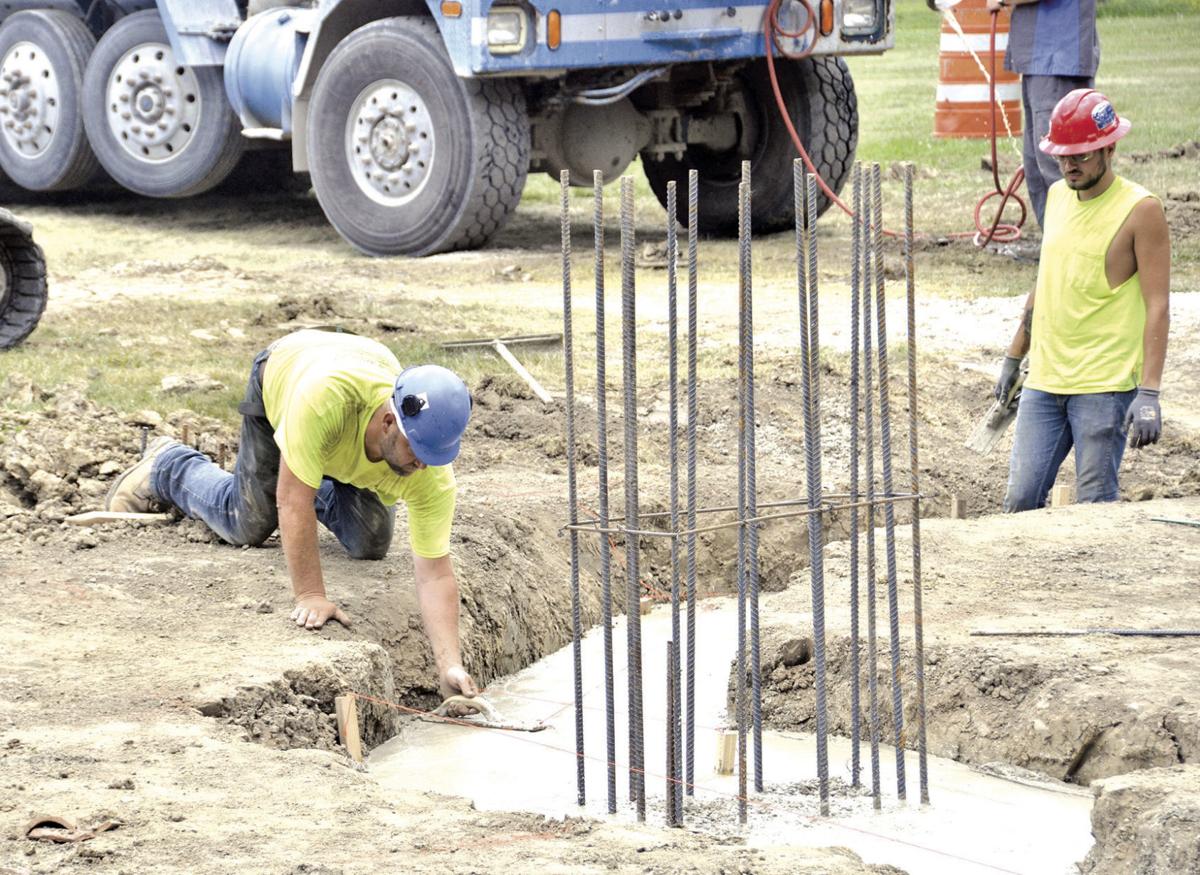 Brian Boehm, left, and Hunter McDonald work on the construction site of Bryan’s new amphitheater at Recreation Park. The amphitheater is part of Bryan’s Project 2020 and is expected to be completed in late summer or early fall. 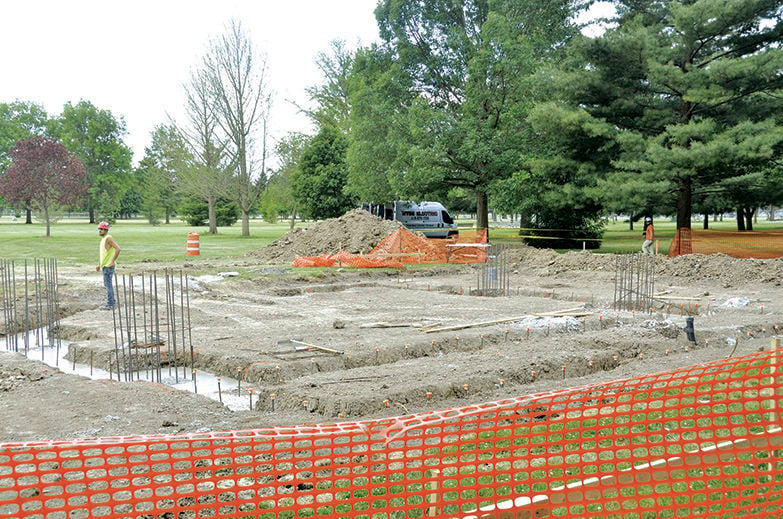 The construction of an amphitheater as part of Bryan’s Project 2020 has begun in Recreation Park. The project is expected to be completed by late summer or early fall.

Brian Boehm, left, and Hunter McDonald work on the construction site of Bryan’s new amphitheater at Recreation Park. The amphitheater is part of Bryan’s Project 2020 and is expected to be completed in late summer or early fall.

The construction of an amphitheater as part of Bryan’s Project 2020 has begun in Recreation Park. The project is expected to be completed by late summer or early fall.

Orange fences and construction equipment provided the signs early last week that after years of fundraising and planning, Bryan’s Project 2020 initiative officially began construction of an amphitheater in Bryan’s Recreation Park, adjacent to the bathrooms near the Imagination Station.

Mike Shaffer, a committee member and shareholder with the Project 2020 initiative, said there is some uncertainty regarding when the amphitheater will be completed due to some supply chain issues as a result of the coronavirus outbreak, but he anticipates it should be built sometime around late summer to early fall of this year.

Kent Purk, a partner with the Defiance architecture firm of Beilharz Architects, has worked on design of the feature, which Shaffer said includes a raised stage approximately 38 feet wide and 34 feet deep.

Eventually the project will also include an interactive fountain with 15 lighted jets that “dance,” adjacent to the amphitheater. However, that part of the project will likely be pushed off to next spring, Shaffer said.

At this point, the $260,000 raised for the project is enough to cover the cost of the amphitheater, but when the coronavirus outbreak changed the allotment of some state funds the group was anticipating, Shaffer said it became clear that Project 2020 will need to do some additional fundraising to add the fountain.

“We’re very excited to get the project going,” Shaffer said. “We’ve just got to figure out which events can be planned with the restrictions in place and get some things on the calendar. It would be very optimistic to think we could do something yet this fall, but there’s potential for a soft opening.

“Really I think next summer there will be some more focus to get a few events on the schedule if everything works right. But we’re excited and it’s kind of cool to see everything finally come to fruition,” Shaffer said.

Project 2020 originated in 2009 when a group of area residents came up with the idea to build money over time in order to finance a single, major project in the Bryan area.

In 2017, the Bryan Area Foundation, which has helped oversee the initiative, put out a call for possible ideas to put the money to good use. Shaffer said the committee met late last year and was unanimous in making the amphitheater the final recommendation.

'It's about time': With rapid testing secured, Wyoming eager to give fall season a go

With restrictions on road trips, Packers look to beat hotel boredom — and it starts with … cornhole?