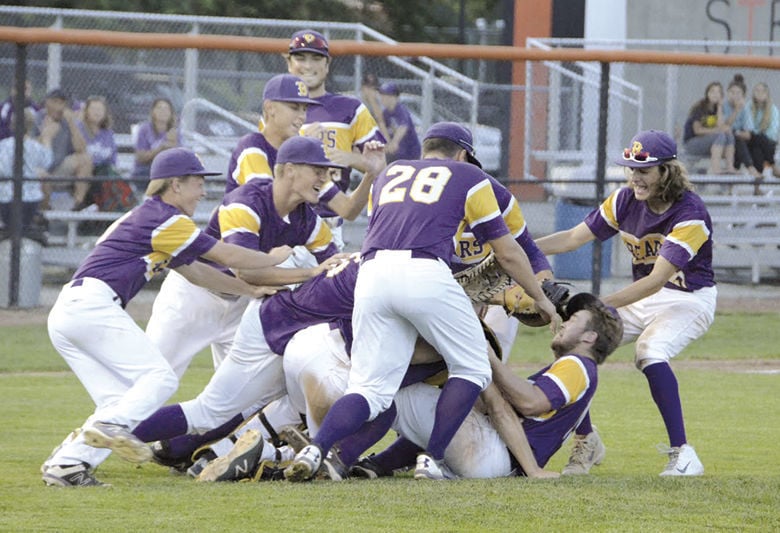 The Bryan ACME baseball team celebrates winning the ACME State Championship with a 10-1 win against Archbold in Coldwater on Monday. ANDREW GILLIS/Staff 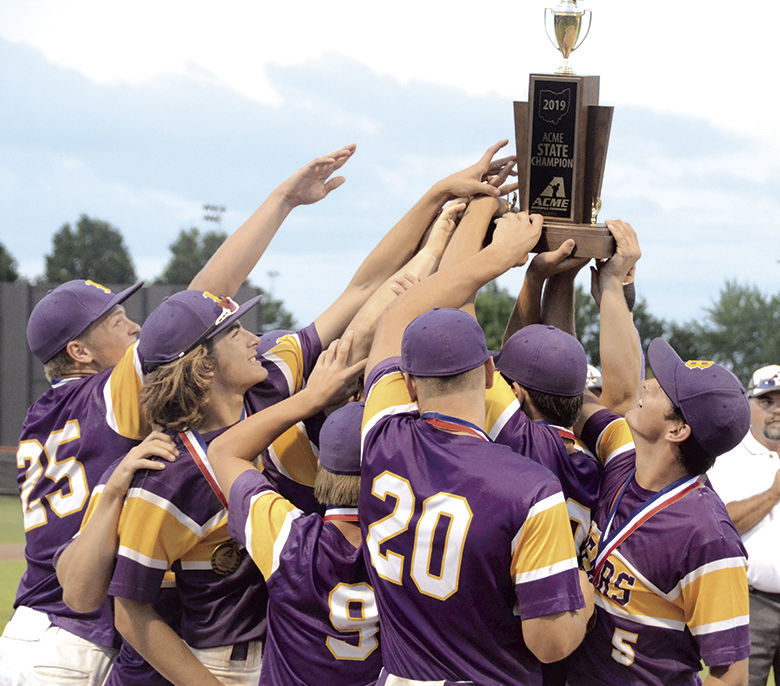 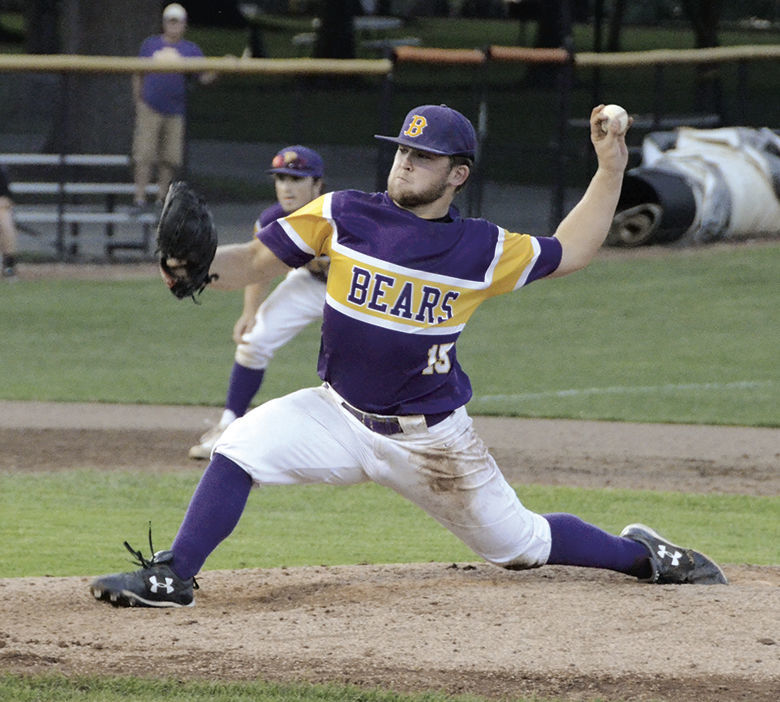 The Bryan ACME baseball team celebrates winning the ACME State Championship with a 10-1 win against Archbold in Coldwater on Monday. ANDREW GILLIS/Staff

After Miller caught the final out, he took off in a dead sprint to leap into the arms of the game’s winning pitcher before the rest of his teammates leapt on in a pile in front of the pitcher’s mound.

Miller, the tournament MVP, and James, the Golden Bears’ workhorse through nine of 21 innings at the state tournament, helped carry Bryan to its second straight ACME State Championship — a 10-1 win over Archbold on Monday at Veterans Field in Coldwater.

“It’s just awesome,” Miller said. “We’ve won since we were younger and it’s a great way to go out.”

With a 3-for-3 performance with two RBIs (and a 6-for-9, eight RBI outing in the tournament) in the championship game, Miller led the way for a loaded Bryan attack for three games.

The title game was no different, as Bryan scored in every inning except for the sixth in a game that was never in doubt.

“They’ve been doing it the whole tournament,” Bryan coach Doug Williamson said. “The bats came out solid. When you get a lead on somebody, you’re putting the pressure on them and they’ve got to try to come back.”

The Golden Bears offense never let the Blue Streaks get their footing and finished with 15 hits to keep the consistent pressure on. In addition to Miller’s perfect evening at the plate, lead-off hitter Brooks Brown went 4-for-4 with four singles and Breven Deckrosh added two RBIs.

“When we got the big lead (he wasn’t nervous), I was a little shaky the first two, three innings,” James said. “After that I started to settle down.”

But while the Bryan offense was firing on all cylinders, it didn’t need to be perfect. It had Dom James.

He threw all seven innings, allowed two hits and struck out 10 Archbold batters. After only throwing 15 pitches in two innings in the semifinals on Sunday, he was eligible to pitch when Bryan needed him most.

“Dom is just Dom,” Williamson said. “You know what you’re going to get when he’s out there throwing. He’s going to throw strikes, he’s going to change speeds and everything else. He doesn’t throw 100 miles an hour, but he throws hard enough to where he gets guys off-balance. And he does a great job of it.”

Monday served as the second year in a row that Bryan defeated Archbold for the ACME State Championship.

Last year was a 3-0 win for the Bears, but this year was much more lopsided as James frustrated the Blue Streak batters for all seven innings. The only hits for Archbold came from Brandon Taylor and Noah Garcia.

Bryan’s win capped a two-loss ACME summer — of which both losses were later avenged with wins in postseason play.

For a team led by an experienced group of seniors, Williamson never thought back-to-back state championships was out of the question at any point throughout the summer.

Monday, and the entire tournament, was a total offensive, defensive and team effort as Bryan outscored its opponents 32-10 in three games.

“I kept preaching to them all year long, ‘Stay consistent, stay within yourselves,’” Williamson said. “We can compete with anyone if we stay within ourselves. We lost two games all year, what else can you say? They came out and they played their game. They did what they had to do.”