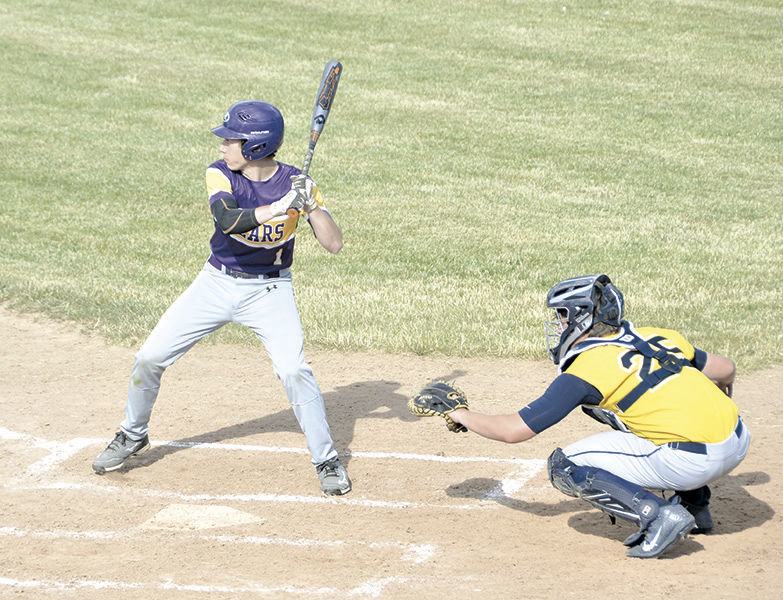 Bryan’s Ethan Psurny stands in the batter’s box during a baseball game against Ottawa-Glandorf at Sumpter Field in Bryan on Wednesday. 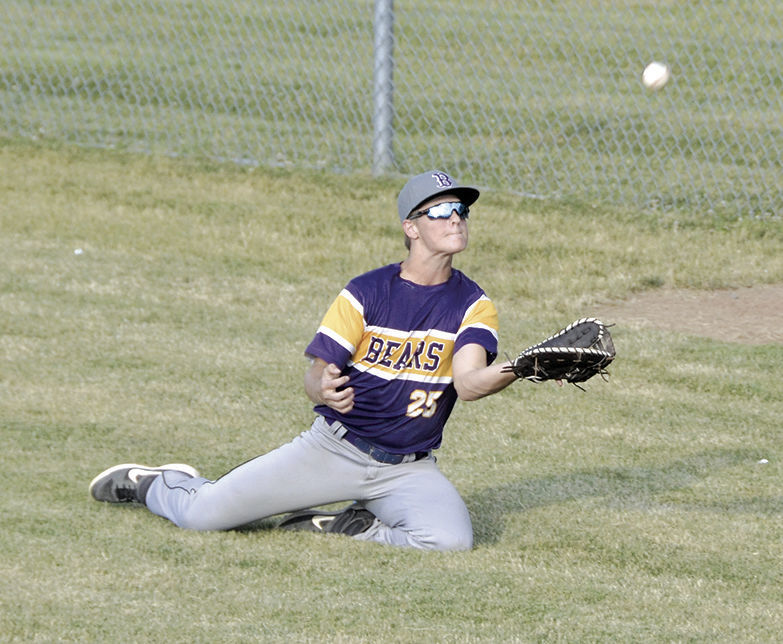 Bryan’s Breven Deckrosh dives to make the catch in foul ball territory during a baseball game against Ottawa-Glandorf at Sumpter Field in Bryan on Wednesday.

Bryan’s Ethan Psurny stands in the batter’s box during a baseball game against Ottawa-Glandorf at Sumpter Field in Bryan on Wednesday.

Bryan’s Breven Deckrosh dives to make the catch in foul ball territory during a baseball game against Ottawa-Glandorf at Sumpter Field in Bryan on Wednesday.

Bryan’s summer baseball team rallied late, but ultimately fell just short to Ottawa-Glandorf in an 8-7 loss at Sumpter Field in Bryan on Wednesday.

After trailing 7-2 earlier in the contest, the Golden Bears staged a comeback and eventually advanced the tying run to second base during the bottom of the seventh inning, but Taysen Deckrosh flew out to end the game with runners on first and second.

Bryan (2-6) struck first in the contest when a Mikey Wolff single drove Nolan Kidston in from second base to give the Bears a 1-0 lead after one inning.

Ottawa-Glandorf countered during the top of the second when a balk from Bryan pitcher Dylan Dominique allowed Ottawa-Glandorf’s Carter Duling to come in and score from third base and tie the game at 1-1.

Ottawa-Glandorf later added three runs during the third inning and three more in the fourth to take a 7-2 advantage.

Bryan responded during the bottom of the fourth with four runs of their own to make it a 7-6 game. Ottawa-Glandorf pitcher Jake Balbaugh came on in relief during the fourth inning and allowed a leadoff single to Ethan Psurny, followed by four consecutive walks which led to Ayden Pelz and Jase Kepler notching a pair of runs for the Bears. Then a groundout RBI from Kidston scored Deckrosh, and a sacrifice fly from Keith Huard drove Colton Smith home.

Ottawa-Glandorf tacked on a run during the top of the fifth inning to extend its lead to 8-6, and after the teams traded a few scoreless frames, the Titans took their two-run lead to the bottom of the seventh.

An RBI single from Psurny with two outs scored Joey Watson to make it an 8-7 game, but it was as close as the Golden Bears could get.

It’s been a rough start to the summer for the Bears, but with a number of three and four-year starters lost from a squad coming off of back-to-back ACME State Championships, Walker said the struggles are to be expected. After all, the Bears only have two or three players with significant varsity experience, he said.

“Everything we’re doing for the summer is for next spring,” Walker said. “It’s really good to gauge what we’ve lost and who we have to replace and figure out who those guys are. ... Yes, we want to win every game, but our focus is on how to get better, and we’ve got a long way to go.

“(The younger players) are starting to figure out the game is a lot faster at this level. ... Some of these kids are really going through some growing pains, and you can see it out there, because they’ve never played at this speed.”

Bryan continues play tonight when the team travels to Archbold for a 7:30 p.m. game against the Blue Streaks.

The Back Page — Episode 4 with special guest Caitlin Lowe