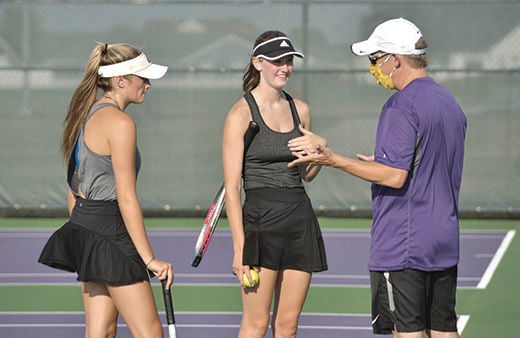 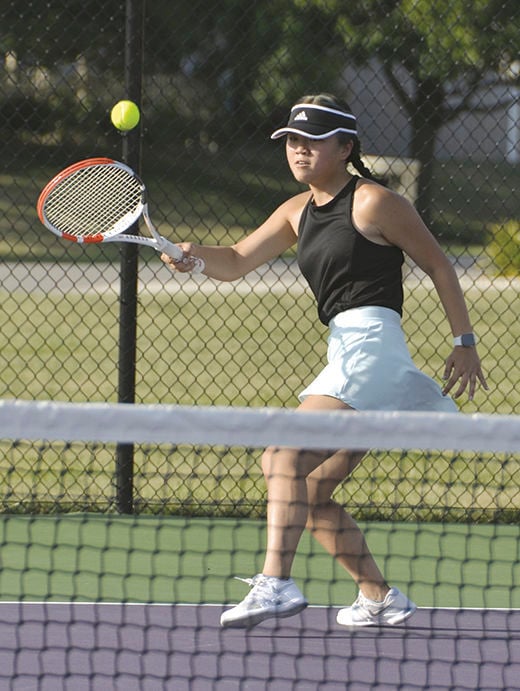 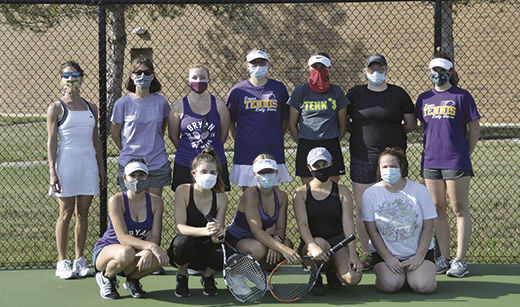 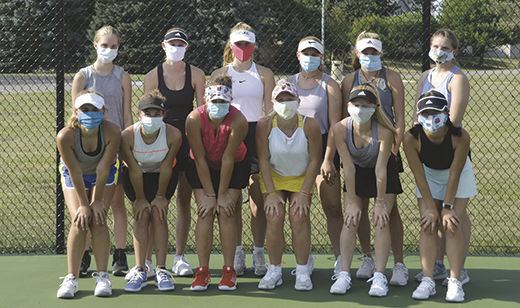 A project years in the making came to fruition Sunday evening as Bryan tennis unveiled its recently completed tennis courts with the Bryan girls program holding an alumni tennis match.

The close-fought battle of five doubles matches and one singles match ended in a 3-3 tie, but the alumni won the tiebreaker against the 2020 girls team by holding a 45-40 advantage in total games won across the six 10-game pro set matches.

“We tied in sets 3-3, but I brought in the master (Chad Savage) to coach the alumni team,” Bryan tennis coach Mitchell Owens joked. “And I just shot myself in the foot. ... But it will just motivate us for next year.”

Since 1975 when Bryan’s high school tennis program was founded, the teams have always played at the courts in Bryan’s Recreation Park. But with the contributions and donations of many business and people around the community, the program was able to raise nearly $500,000 for the new courts.

The program did play a match on the new courts late in the fall of the 2019 girls season, but with the cancellation of the boys season this spring due to the coronavirus outbreak, Sunday’s match served as the facility’s first with all its new amenities, complete with a ring of honor paying homage to the program’s best players, coaches and teams.

“I think the word is gratifying,” Owens said in the aftermath of the event. “From when we first started soliciting funds to when we first started breaking ground about a year ago and then culminating to today to really have a celebration for the entire tennis community ... I couldn’t have asked for a better evening.”

Owens said it was great to see so many alumni playing in the match, too, which included a few players from the early 1990s in Mindy Hess and Carrie McInerney.

So many people from the community helped bring the Bryan tennis program to where it is today, Owens added, and he hopes the new courts help usher the program to even greater heights.

“This is just a level of support that I’m very grateful for that the community stepped up and made this happen,” Owens said. “There’s no one person that takes credit for this. It’s really a community effort. ... And as I’ve said, we don’t even get to this stage without Bryan Parks and Recreation supporting this program for 45 years.

“And I don’t consider where we are today a plateau. We want to keep striving and get better as a program. We’ve built a good reputation among the tennis community, and the next level is to get to that elite level and really compete.”

After the Big Ten postponed football, does Nebraska plan a Hail Mary?

Commissioner: Nebraska can't remain member if it plays this fall

A fall without Husker football could bring dire economic consequences