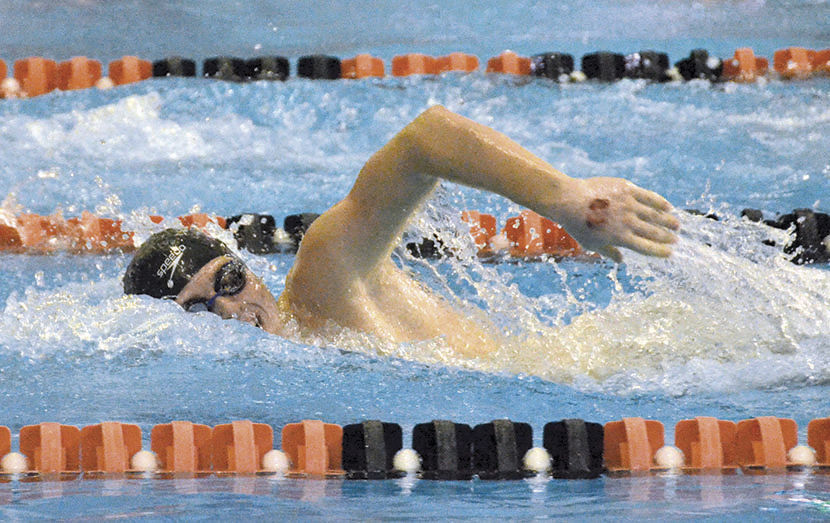 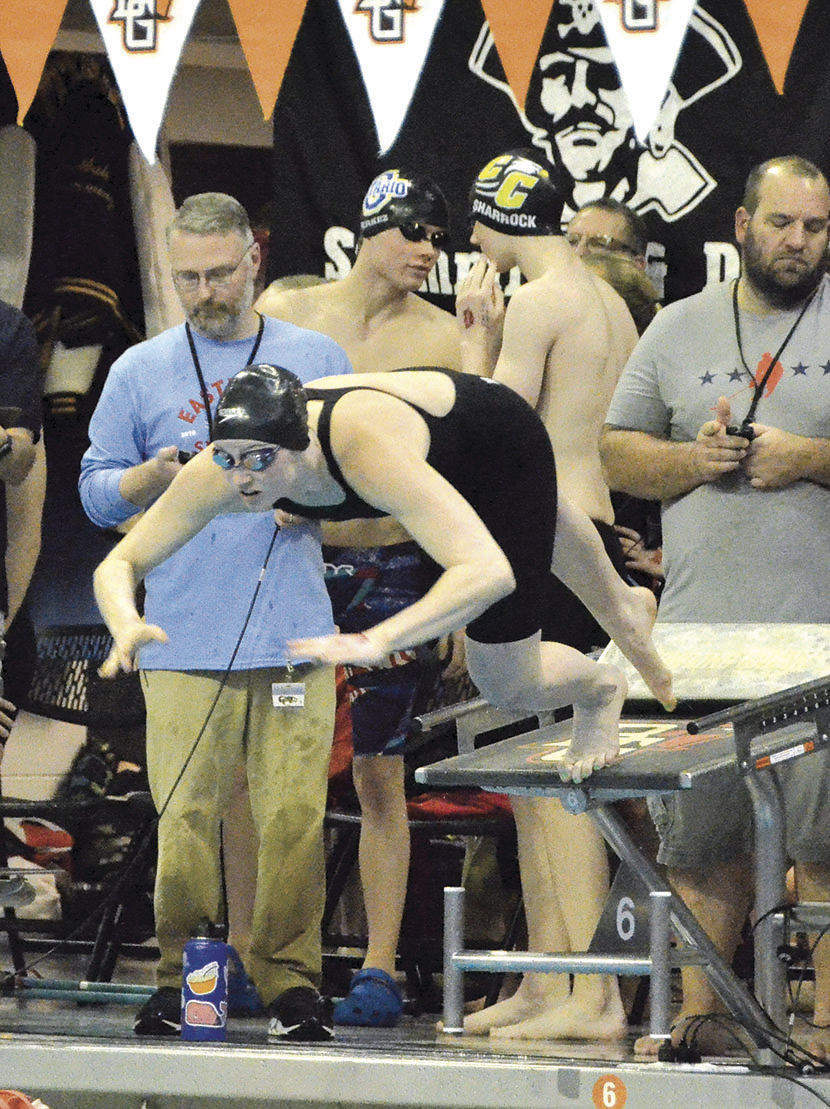 Bryan’s Meggie Voigt dives into the pool during a Division II district swim meet in Bowling Green on Friday.

Bryan’s Meggie Voigt dives into the pool during a Division II district swim meet in Bowling Green on Friday.

BOWLING GREEN — Bryan’s swim team broke seven school records at a Division II district swim meet in Bowling Green on Friday and in the process will be sending a plethora of swimmers on to the state meet next week in Canton.

Bryan coach Makenzie Luce said both her boys and girls teams far exceeded expectations, and Friday’s meet ranks up there with one of the best days in the Bryan swim program’s history.

“I can even tell you the amount of kids who had lifetime PRs today,” Luce said. “We’ve had some incredible times at this meet, but today is definitely up there. They swam incredible today.”

The top two in each event on Friday automatically qualified for state, while the next 16 spots to state go to the fastest finishers from the four Division II districts combined.

“It really exciting,” Voigt said. “That’s the big goal at the end of the season, just to go as far as the state meet, and it’s really nice knowing I could accomplish that all four years. ... And I think I have a little bit more in me and I can go faster next week.”

Goodrich was third in the 500 free in a school record with a time of 5:26.41, but Bryan’s coaches believe it was just short of qualifying for state.

Goodrich also placed on the podium in the 200 free with a seventh-place finish in 2:01.69.

“I think it was a good end to my last districts, for sure,” Goodrich said. “Even though I don’t get to go to the 500 for state, I still got the record. ... I’m still really happy with how the day went.”

Bryan’s boys were 11th overall with 98 points, and were highlighted by four school records going down.

“I was just coming out trying to do my best and give whatever I could,” Rigg said. “I definitely exceeded what I was expecting. That’s for sure.”

Mizzou's Tilmon cleared to return but doesn't play at Arkansas